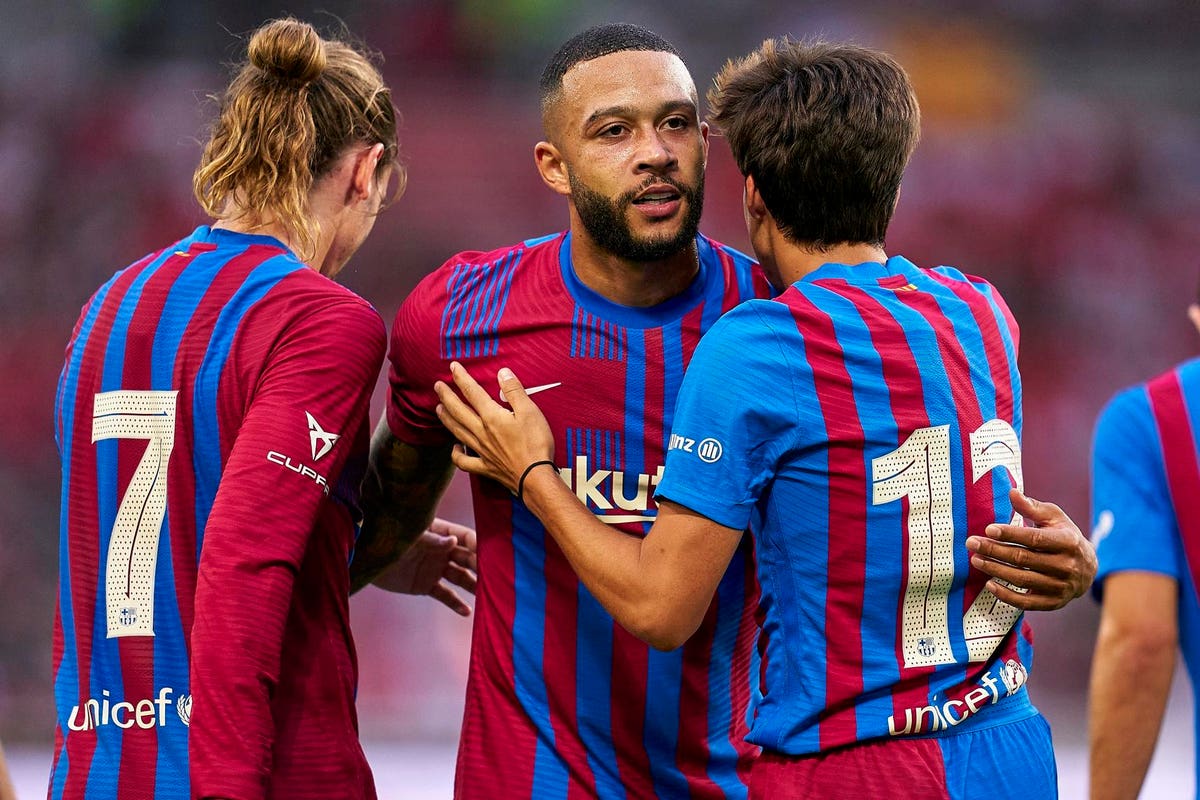 FC Barcelona have enjoyed a roaring start to their preseason campaign which they hope to prolong against RB Salzburg this evening.

Like Stuttgart, who the Blaugrana beat 3-0 at the Mercedes Benz Arena on Saturday, the reigning Austrian champions represent a step up in quality compared to the likes of Catalan rivals Nastic Tarragona and Girona who Ronald Koeman’s men beat in their first two games.

With just two fixtures including Sunday’s Joan Gamper trophy meeting with Cristiano Ronaldo’s Juventus on Sunday, however, the Dutch coach is reportedly keen to experiment with his line up.

Made to watch the bench as per usual, Riqui Puig made a strong impact as a substitute at the weekend and scored Barca’s third and final strike.

According to Sport, this will be enough to have him start in midfield with Frenkie de Jong and Sergio Busquets – who played just 29 minutes before the Germans – while impressive new La Masia discoveries Gavi and Nico Gonzalez lose their spots.

From the back, Brazilian goalkeeper Neto should get the nod ahead of Inaki Pena following his clean sheet last time out, and his goal will be protected by a back line of Jordi Alba, Clement Lenglet, Gerard Pique and Sergino Dest.

This means that there is no place at center back for neither Ronald Araujo nor Samuel Umtiti, whom Barca seem to be finally getting near offloading in a possible return to France.

Up top, 18-year-old Yusuf Demir is the only one of Koeman’s new ‘Golden Boys’ that keeps his place on the right side of attack, as the manager again looks to extract the best of the new Memphis Depay-Antoine Griezmann attack he has already described as “very good”.

“They are two players who can play in different positions in attack,” Koeman added.

With both players off the mark, they await the return of Lionel Messi hopefully on Sunday to face Juve, with Memphis’ fellow new signings Emerson and Aguero already registered and training with the first team but not set to feature today.