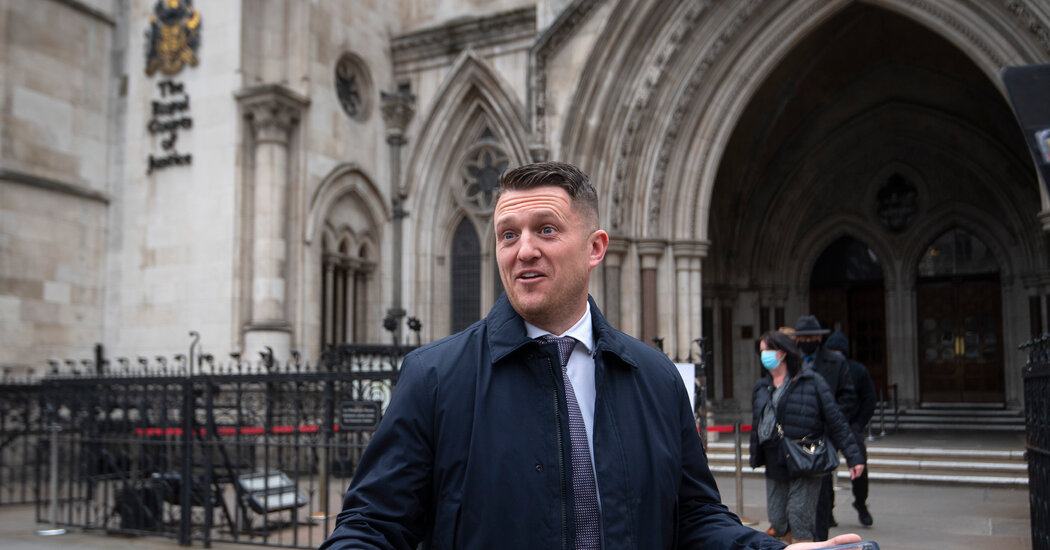 LONDON — Tommy Robinson, a British far-right activist, lost a libel case on Thursday filed by a Syrian teenager who had been filmed being attacked at his school, after Mr. Robinson falsely claimed the boy had himself violently attacked classmates.

Mr. Robinson will be required to pay 100,000 pounds in damages, around $137,000, according to the judgment handed down by Justice Matthew Nicklin during a remote court session in London’s High Court of Justice.

Mr. Robinson, 38, whose real name is Stephen Yaxley-Lennon, was the founder of the far-right English Defense League, a nationalist group known for its anti-Islam and anti-immigration stance, and violent street protests. Despite being seen as on the fringes of British life, he has also become a prominent figure internationally for supporters of similar ideologies, with links to the far right in Europe, the United States and elsewhere.

The teenager, Jamal Hijazi, now 17, was filmed being attacked at his school in northern England in October 2018, and after the video spread online, Mr. Robinson claimed in two videos posted on his Facebook page that the teenager was “not innocent and he violently attacks young English girls in his school.”

In one of the clips, Mr. Robinson had said that the teenager “beat a girl black and blue” and “threatened to stab” a boy at his school, which Mr. Hijazi denied.

Mr. Robinson represented himself at the trial, arguing that his comments were substantively true. His two posts about the video were together viewed more than a million times, according to court documents.

While England Gambles on ‘Freedom Day,’ Scotland Opts for Caution