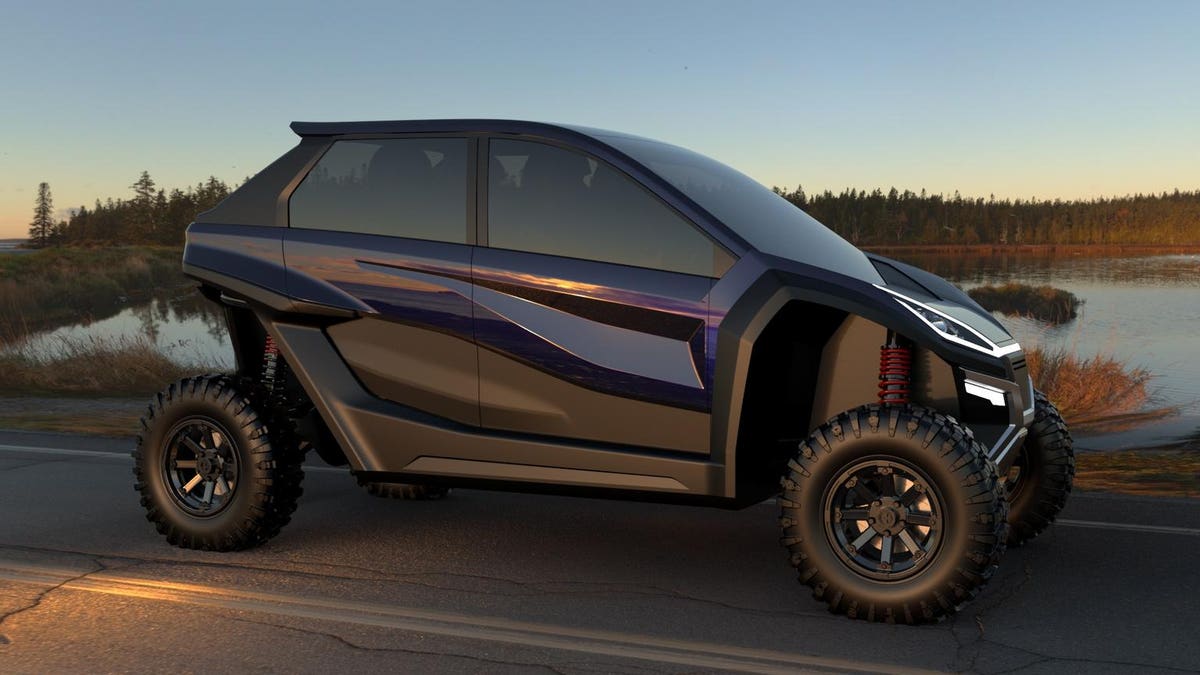 The electrification of transportation continues to touch new segments, and one category that’s prime for EV conversion is the off-road segment. And while there are (or at least will be) familiar faces like Polaris in the mix with their electrified Ranger side-by-side, a planned offering by startup RINDEV is taking things to another level – and it got me thinking about what’s possible.

RINDEV’s Tron-ified Unity electric side-by-side concept sounds like a total hoot while crossing the wilderness, but I wonder: Why can’t this be a car? Because I’d drive it.

RINDEV claims the Unity will sport some truly impressive specs: 507 horsepower, a massive 812 pound-feet of torque and 350 miles of range for the top-spec $39,999 model, or 250 miles of go for $29,999. Long-travel suspension offers a towering 21 inches of cushion and electric all-wheel drive is standard for the 32-inch mud-hunting tires, but RINDEV did not say how many motors would provide thrust or what a top speed might be. However it ends up being configured, towing capacity is targeted at 3,000 pounds. While all the windows are removable for a more open-air experience, all sealed up the Unity will feature heat and A/C – and a very car-like appearance. Just add some wipers.

Jokes aside, those are truck numbers for the most part, and far beyond the specs (and price) of the e-Ranger. Other niceties include 120-volt output for tools and such, and charging capabilities from Level III fast chargers to plugging it into a wall socket.

My initial impression of the renders RINDEV sent me ahead of today’s website upgrade had me dreaming of hitting the pedal as deep snow piled up on some rural Oregon roads, heading to the local gathering spot all snug in my heated sci-fi Unity cabin in a too-cool crawler trimmed with LED lights. Make it so!

When I leave the urban confines of Portland and venture out onto the tiny lines across Oregon’s wide open spaces on my dual-sport motorcycle, side-by-side machines are common on the streets of many rural towns and outposts I ride through, especially in alpine areas that see snow and heavy weather. Out there, the RINDEV Unity would be an off-road Cadillac of the category. And given the crumbling infrastructure in many cities, it doesn’t seem like a bad idea for getting around in bigger burgs, either.

I understand that bringing a vehicle like the Unity up to DOT spec is a whole other ball of yarn for a company just getting going like RINDEV, but if Arcimoto can do it, well, there’s hope that the FUV and CyberTruck won’t be the only out-there choices for urban exploration in the near future.

$100 pre-orders for the RINDEV Unity opened just a week ago and have tallied over a $1 million so far, according to the company. So far, a specific production timetable has not been announced.