The A-10 Attack Jet Is Ideal For Dirty Ops From Rough Bases. The U.S. Air Force Wants To Get Rid Of It, Anyway. 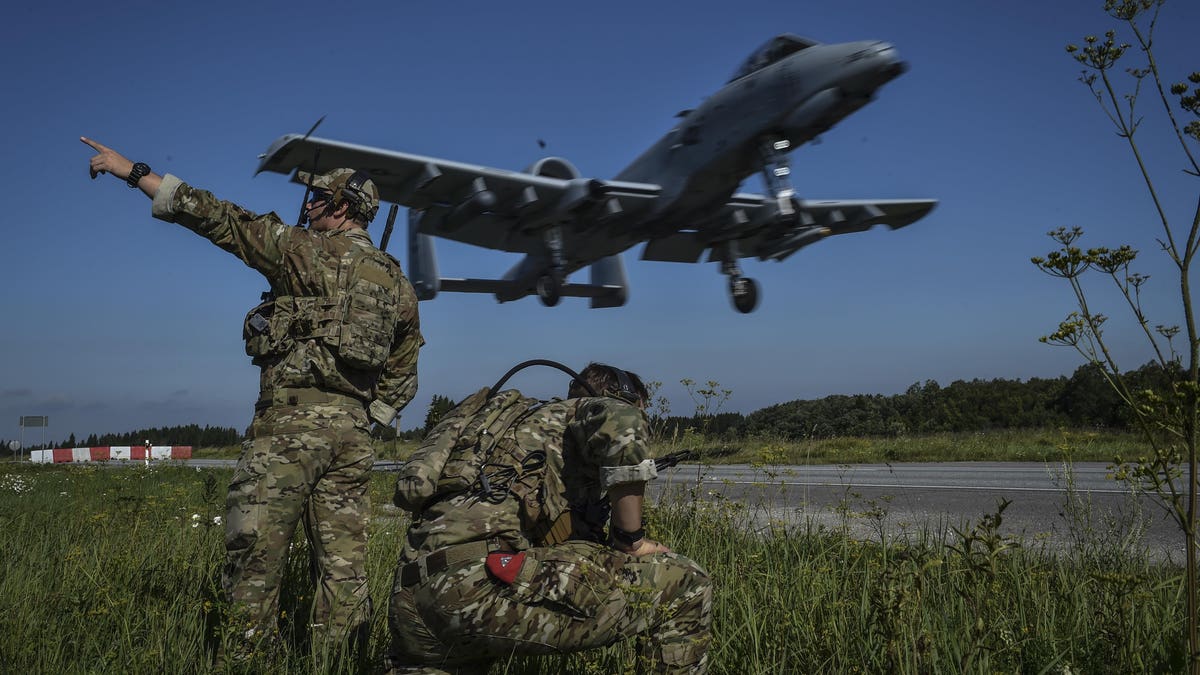 The U.S. Air Force is developing a new strategy for helping its planes escape missile attacks during, say, a high-tech war with Russia or China.

The plan is to spread out fighters across potentially dozens of small airstrips rather than concentrating them at a handful of big bases, where they might be easier targets.

But at the same time the flying branch works out this so-called “Agile Combat Employment” concept, it’s trying—once again—to retire the very planes that are perhaps best-suited to quick and dirty sorties from austere bases.

The classic A-10 Warthog attack jets.

When Fairchild developed the twin-engine, subsonic A-10 back in the late 1960s, it built into the rugged jet the ability to operate far away from big, well-appointed bases. The Warthog is simple, requires very little support equipment and is easy to maintain and repair.

The rationale was clear. The Air Force needed an attack plane that could keep flying even after Soviet forces had knocked out NATO’s biggest air bases. The idea was for A-10 squadrons to disperse across Europe, even flying from sections of highway.

Roadway ops fell out of favor after the Cold War ended, although A-10s visiting Europe occasionally still indulged in the practice. But the wisdom of freeing fighters from big bases endured. And as Russia—and more-so China—re-armed with accurate, long-range ballistic missiles, the Air Force remembered that it once planned to spread out.

The flying branch’s F-22 Raptor stealth fighter squadrons initially revived this “distributed” model of operations, owing in part to the small size of the force—just 150 or so front-line jets. F-22 squadrons probably would need to break into small teams and spread out in order to have any hope of supporting a large-scale campaign.

ACE now is routine, especially for the Air Force’s Pacific command. The Pentagon has identified dozens of small airstrips, some left over from World War II, that could support six or a dozen fighters during a war with China.

The practice is proliferating across the Air Force’s Europe-based squadrons, too. For veteran A-10 pilots and maintainers, it must feel familiar. Older Warthog jockeys might recall a time when they simply assumed they’d wage war from the German Autobahn.

The Michigan Air National Guard is making it official. Roadway ops are back as part of Agile Combat Employment.

The Guard in conjunction with the Michigan Department of Transportation and local authorities plan to close a portion of Michigan State Highway M-32 for five hours on Aug. 5 in order to test the ability of two A-10 wings—the 127th Wing from Selfridge Air National Guard Base in Michigan and the 355th Wing from Davis-Monthan Air Force Base in Arizona—to land aircraft on roads.

Four A-10s will play, along with two C-146 transports from Air Force Special Operations Command. “This is believed to be the first time in history that modern Air Force aircraft have intentionally landed on a civilian roadway on U.S. soil,” said U.S. Air Force colonel James Rossi, commander of the Alpena Combat Readiness Training Center in Michigan.

Here’s the irony. The Air Force’s roughly 280 A-10s—each around 40 years old—might be the best planes in the whole inventory for distributed operations, especially in Europe. They literally were designed for it.

But they’re also the first planes the Air Force wants to retire, as soon as lawmakers give permission. The Air Force for eight years now has been asking Congress for authority to deeply cut, if not entirely eliminate, its nine front-line A-10 squadrons. All in a bid to save a few billion dollars and spend it on more stealth fighters, which the Air Force claims are more survivable.

Lawmakers repeatedly have said no. Congress just recently turned down the Air Force’s latest divestment request, which would have eliminated 63 A-10s over two years—starting with 42 next year—and shut down two squadrons in Indiana and Arizona.

Air Force leaders seem oblivious to the irony of trying, again and again despite political opposition, to get rid of the one plane that was built from the wheels up for exactly the kind of spread-out basing that the service acknowledges is critical to its squadrons’ survival in wartime.