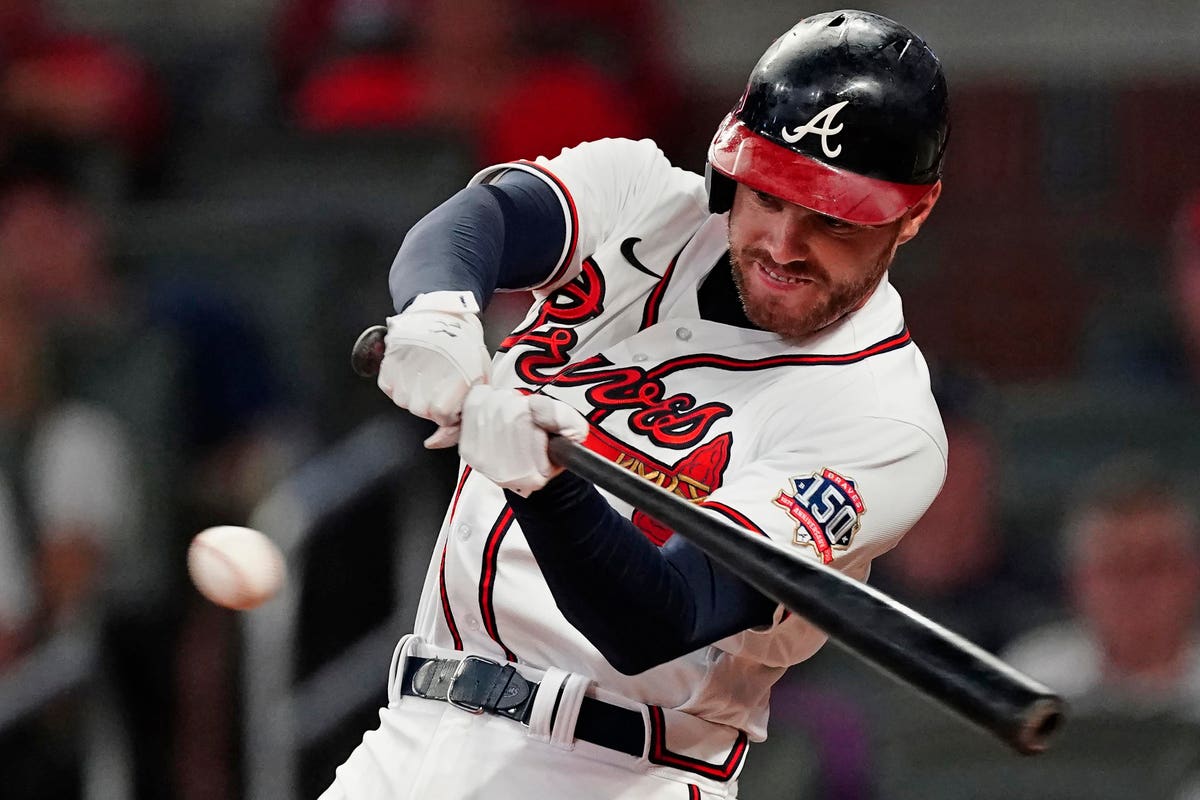 The NL MVP race is historically wide open this year. I first made reference to this fact here, and earlier this week we looked at the budding candidacy of the Phillies’ Bryce Harper here. But there are other legitimate candidates for the award, and one of them is last year’s winner, the Braves’ Freddie Freeman.

Before we dive into the numbers, let’s take a step back and assess the meaning of the word “valuable”. I like to look at it somewhat literally – which player provides the most value to his club. But even the most hardcore numbers-focused analysts must acknowledge more subjective, qualitative aspects of the term.

The Braves were perceived by most to be the favorites in the NL East entering the season. Then they lost Marcell Ozuna for the year. Then their vaunted young pitching staff began to sputter due to both injury and ineffectiveness. Then they lost frontrunning NL MVP candidate Ronald Acuna Jr. a few weeks back.

And they’re still in the race. Thanks in large part to Freddie Freeman.

Before we can even talk about his excellence on the field, we must talk about his unrelenting presence. Going back to the beginning of the 2018 season, he has missed exactly six games. He bats in the middle of the Braves’ order, but currently leads the NL in plate appearances.

If you looked purely at the big-picture, overall batted ball data of Freeman and Harper, you might consider them similar hitters. Harper’s average 2021 exit speed is 91.1 mph, his average launch angle 12.9 degrees. Freeman’s corresponding figures are 91.9 mph an 12.2 degrees. There are multiple differences between the two, however,

Harper relies on pure thunder – overwhelming fly ball authority. His 2021 average fly ball exit speed of 95.5 mph is over a standard deviation above league average, and in line with his career norms.

Freeman relies more on fly ball frequency. He’s hit almost 50% more fly balls than Harper this season, partially due to his constant presence in the lineup and partially due to a higher fly ball rate. His average fly ball exit speed of 92.9 mph is above league average and in line with his career norms, but isn’t at Harper’s level.

We haven’t even begun to discuss Freeman’s best offensive traits, however – his ability to rank among the league’s best at generating line drives, and minimizing pop ups. This is extremely hard to do for a fly ball hitter.

Freeman’s 25.8% liner rate this season is actually on the low end for him. In 6 of the last 7 seasons his liner rate has been over two full standard deviations above league average. Liner rates tend to be volatile for most hitters, but a handful of true craftsmen, including Freeman, buck this trend. In the seventh season plus this one, his liner rate has been over one standard deviation above league average.

Launch angle standard deviation can be a very telling statistic. It measures how “tight” a player’s typical launch angle is, and a lower number is typically better, Freeman controls his launch angle very tightly, and just as importantly he controls it at the most productive levels, hitting line drives and low fly balls. This plus his excellent K/BB profile gives him an exceedingly high floor as well as a high ceiling.

That last point has held his numbers down a bit this year. His Unadjusted Fly Ball Contact Score (or actual production) is only 115 on a scale where 100 equals average. It should be 144 based on his exit speed mix. He’s also been quite unlucky on line drives (87 vs. 112).

All in all, Freeman “should be” hitting .309-.403-.563 to date, a healthy bit above his current levels. This would give him 41.3 Batting Runs Above Average to date. Fangraphs pegs him for 2.9 Baserunning Runs and (9.4) Defensive Runs, so this would put him at 34.8 Total Runs Above Average as we speak. That’s still behind Acuna’s 39.3 runs accumulated prior to his injury, but it’s ahead of everyone else, incluing Harper.

Ultimately, if the Braves wind up winning the NL East, the eyes of MVP voters may turn right to Freeman, barring a Fernando Tatis Jr. explosion following his return from injury.

There are a couple of other interesting NL MVP cases to discuss, and we’ll continue on that road next week.