The Charlotte Hornets Are Building A Strong Foundation 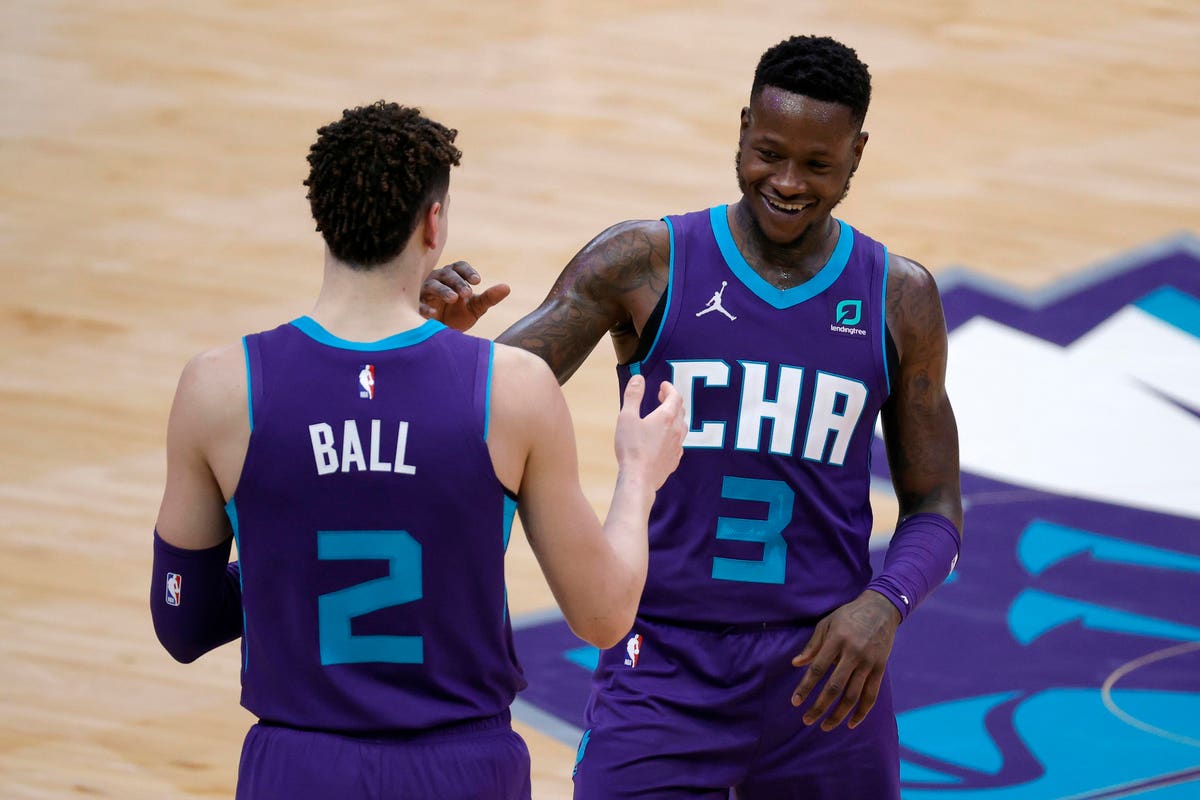 It’s been quite the year for the Charlotte Hornets.

Not only did the club land LaMelo Ball in last year’s NBA Draft, resulting in a Rookie Of the Year award and presumably a locked-in solution at the point guard position for the next decade, but the club also managed to find external upgrades that in the long-run should make them better.

While it’s fair to still question whether the Charlotte Hornets did the right thing by waiving-and-stretching Nicolas Batum’s contract in 2020, it did lead to them signing Gordon Hayward, which led to an overall improved roster and some on-court credibility.

The overall monetary dedication to Hayward (which includes his salary of $30 million per year plus the $8.8 million per year owed to Batum until 2023) is a significant financial commitment, and one that could prevent the Hornets from having a lot of financial flexibility down the line.

In the meantime, however, the Hornets can breathe easy by having just signed Terry Rozier to a four-year contract extension worth $96.26 million. They also have Ball, P.J. Washington and Miles Bridges on rookie scale contracts, allowing them to re-sign all of them without any issues.

If they like what Kelly Oubre Jr gives them this year, after signing him to a two-year contract worth $26 million, they can re-sign him to a deal starting at 175% of his 2022 salary in 2023, or $22 million annually. This doesn’t seem likely or necessary, but it gives them flexibility with Oubre Jr’s contract.

Overall, the Hornets find themselves in a situation where they can retain players, but not necessarily make a lot of external upgrades via free agency. That needn’t be a bad thing, pending they got the right pieces gathered over the past year.

Having locked in a rotation of Ball, Rozier, Hayward, Bridges, Washington, Oubre Jr, rookie guard James Bouknight and offseason acquisition Mason Plumlee is a strong start to their process.

The Hornets appear to focus primarily on the young side of the roster, which makes sense given the quality of Ball especially. They simply don’t have the established superstars to pivot into a full-on rebuild acceleration process, where they fork over every young player and pick they have to get a secondary star.

(However, should Ball further develop into one of the leading players in the league, that path is still there, should the Hornets choose to walk it.)

The more realistic path is staying the course, buying low on players generally undervalued by NBA teams and improving through trades to optimize roster symmetry.

With the current group spread out in all ages, it shouldn’t come as a surprise if the Hornets do decide to eventually move on from for example Hayward (31) and Rozier (27) if they wish to build a team around Ball that’s a bit more age-appropriate.

In fact, by signing Rozier to a contract extension that locks him for the next five seasons he could be viewed as a major asset by interested parties who wish to add an in-prime player to their team in order to compete for the championship immediately.

That said, the Hornets should be in no rush to move off established talent. At least not right now given how close they could be to making the playoffs.

This is where the team would want their young players to get some valuable experience, and preferably some success, making it a yearly mission to make it back and get further.

The leap to contention

There’s no doubt that Ball’s development will create the franchise’s future ceiling in terms of just how far they can go, but the collectiveness of his supporting cast play an equally important role, as they all look to further refine their games.

There is optimism in the overall young talent accumulated in Charlotte. Bouknight, who was selected 11th overall, is currently eight in Rookie Of the Year projections, according to FanDuel Sportsbook. It’s no accident he’s ranked that high given his pedigree of coming out of Connecticut and his overall production his two-year stay at the school.

For the Hornets to take a leap, Bouknight will need to at least become a decent rotation player in similar vein as Bridges and Washington, in which case the Hornets would have themselves a nucleus of young talent that will grow and learn together, as they navigate the waters of NBA success.

Until then, it’s up to the established talent of Ball, Hayward and Rozier to carry them through.