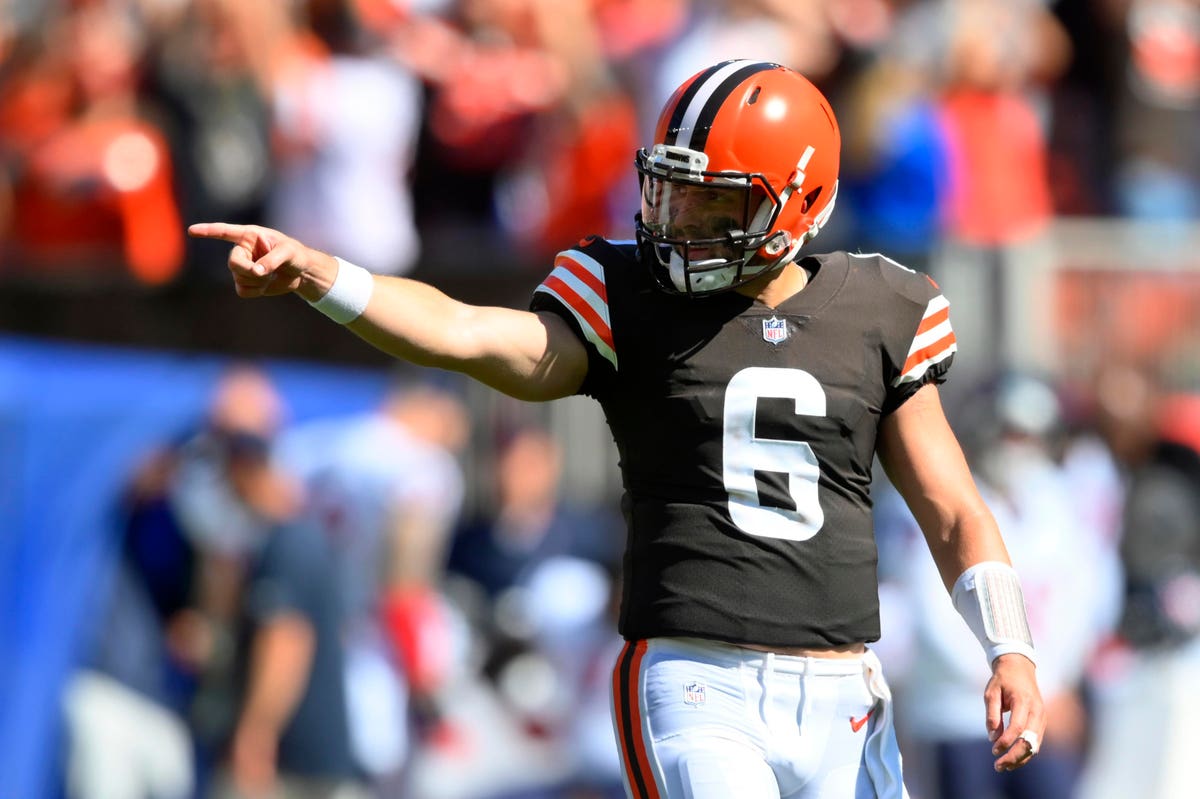 The Cleveland Browns are 1-1 after beating the Houston Texans 31-21 on Sunday. It wasn’t a convincing win, but it was a win. That’s enough for now.

There were some highlights for Cleveland. Rookie running back Demetric Felton impressed, scoring his first career touchdown on a screenplay and looked dangerous in the passing game when Baker Mayfield found him out in space. This, in theory, adds another interesting dimension to Cleveland’s offense that my be needed for the next few weeks. More on that later.

The overall defensive performance was shaky. Tyrod Taylor had success running and throwing before leaving with a hamstring injury. Jadeveon Clowney notably played in a part in that, as he often came too far up the field when rushing and allowing Taylor to nimbly navigate pressure. Denzel Ward didn’t have his best game either, as the Texas repeatedly went at him inside as he played the boundary of the field in the zone.

That said: Safety Grant Delpit played well in his debut after missing his entire rookie year and last week with a hamstring injury. Playing with Ronnie Harrison and John Johnson III in three-safety looks, but made his biggest impact distributing plays behind the line of scrimmage. In the second half, he racked up a sack and a tackle for loss as part of a five-tackle day.

Cleveland also got lucky that Baker Mayfield avoided serious injury. After he threw an interception early in the second quarter, he went to make a tackle and ended up taking a shot to his non-throwing shoulder. As Case Keenum warmed up on the sideline, he went back to the locker room to get looked at — only come back to the field, throw a few passes on the sideline and go in for the Browns’ next offense series. Mayfield said postgame that his shoulder “kind of popped out,” but that it wasn’t a big deal. Had it been anything more, it would have put a damper on the entire afternoon.

The big injury issue for the Browns, though, is Jarvis Landry’s MCL injury. Landry was hurt on his one reception on the day, taking a quick pass from Mayfield and leaving the game after. It’s believed to be an MCL injury and he’ll have an MRI on Monday. If it’s a sprain, it’ll mean that Landry will probably miss at least two weeks and likely closer to six weeks depending on the severity. For a team that is still without Odell Beckham Jr. and clearly needs time to get on the same page, this is a blow. For a little while longer, it might be heavy doses of Nick Chubb, Kareem Hunt and heavy personnel packages with sprinks of Felton and Anthony Schwartz (who popped in Week 1, but had just one target and zero catches in Week 2) mixed in. If Beckham returns soon, though, that would undoubtably change the plan even if Landry is still out and it takes time to get every train running on time.

To be fair: This is still early in the season. There are 15 more games to go. There was no significant preseason reps for anyone starting on either side of the ball, so it’s clear the team is still finding itself and getting into a full rhythm. Winning Sunday against a Texans the Browns were favored to beat by 12.5 points and getting to 1-1 was all that really mattered. Getting to week three with a win in tow, even if it wasn’t perfect or pretty, was the only outcome that mattered.