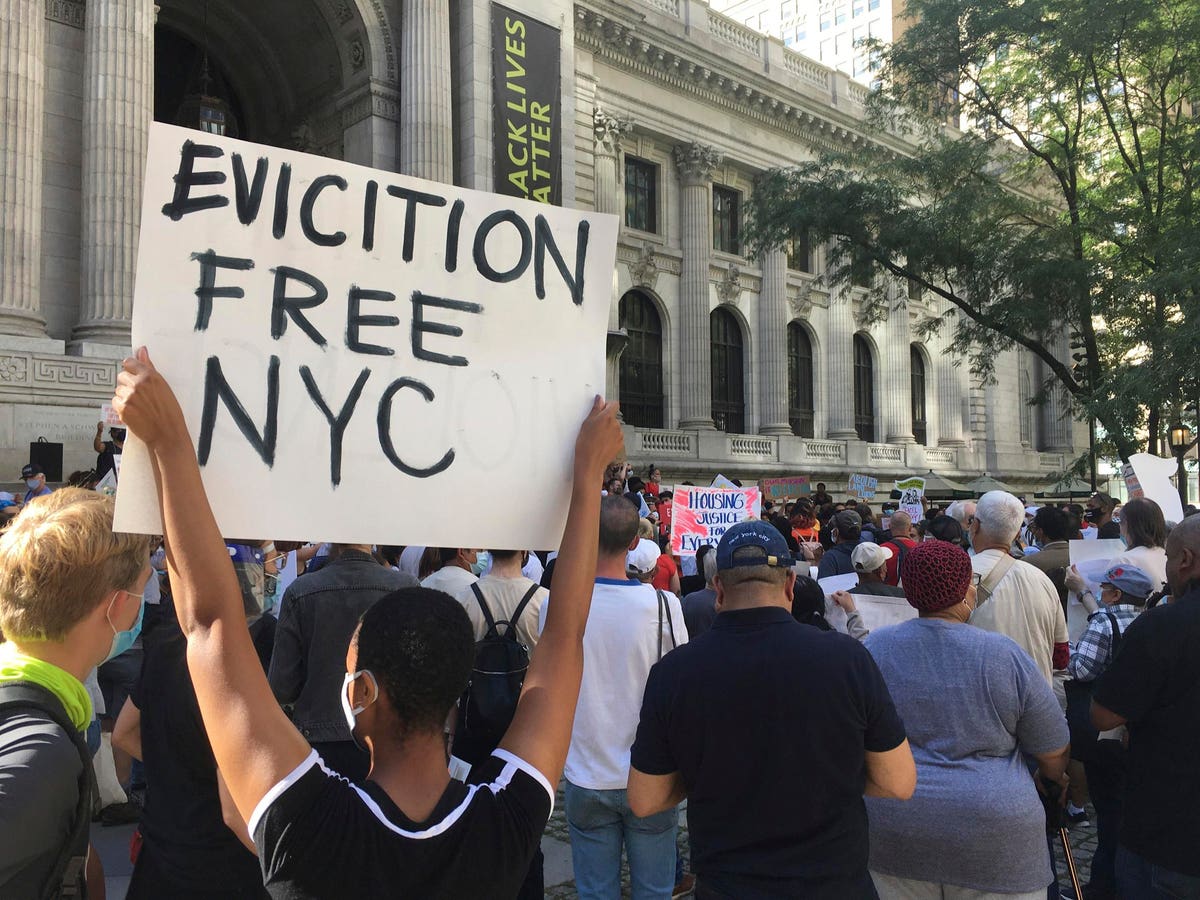 Late Friday afternoon, a D.C. court continued in effect the new eviction moratorium. This continued the effect by. a few weeks ago, President Biden issuing, through his Center for Disease Control and Prevention (CDC) a new version of the then-expiring prior eviction moratorium. Landlords have challenged the new one in court and as of Friday it survived its first test. Below I will trace the history of this legal struggle. First, though, come the reasons why this new eviction moratorium is so necessary and must be upheld.

The old moratorium was issued last year. It was to combat the less virulent variant (the alpha one), which would be spread by forcing tenants out of their dwellings, to spread, or to worsen their own, Covid-19. It was expected that the nation would get that original variant under control, by preventive measures and vaccination as indeed was trending to happen earlier in 2021. So the old moratorium got no further Congressional extensions, as it had before, because these did not seem needed, vaccination was working, and the expectation was that the moratorium would no longer be needed.

Then, terribly, came the virulent delta variant. It is plaguing the whole world. It has produced a new wave of cases, hospitalizations, and deaths, especially in the states with the lowest vaccination numbers.

This is not just my personal judgment or a judge’s finding. It is the CDC which issued the earlier and current moratoriums. The CDC takes such action under a statute that is broad, general, albeit very elastic.

The elasticity in the statute that authorizes the eviction moratorium is the opening for landlord challenge. Professor Emeritus of Harvard Law School, a familiar figure in legal public affairs, summed up the landlord challenge: “Yet even as cases, hospitalizations, and deaths surge again, landlords and conservative legal groups are running to court seeking to strike down the measures – and to throw millions of vulnerable renters onto the streets. Their legal arguments are a mix of pretext, legal sophistry, and misrepresentation.”

Let us put the current order in context, and pull out the strongest judicial defense of the eviction moratorium. An appellate case challenging the previous moratorium went to the District of Columbia Circuit, on June 2, 2021. A unanimous court upheld the moratorium. It focused on the CDC’s source of legal power, which says that the Secretary of Health and Human Services (HHS) can “make and enforce such regulations as in his judgment are necessary to prevent the introduction, transmission or spread of communicable diseases.” As the Court said, in that statute “Congress expressly determined that responding to events that by their very nature of unpredictable, exigent, and pose grave danger to human life and health. Requires prompt and calibrated actions grounded in expert public-health judgments.”

The case then went to up to the Supreme Court. The eviction moratorium was not stopped. There was a single-Justice opinion that signaled the moratorium would only be upheld to its expiration date.

A political storm soon broke at the White House, which need not be retraced here. President Biden actually turned to the aforementioned Professor Tribe for his judgment. Out of this phase came the new moratorium, more tailored than the old one, specifically for high-infection counties. It is thought that this new moratorium may buy time for the enormous sums voted for tenant assistance to get through the ill-equipped state bureaucracies.

This brings us to the current phase. The landlords are challenging the new moratorium. A judge of the federal court in D.C. declined to stop the new moratorium, citing the D.C. Circuit June 2 opinion. In a very brief order, a three-judge panel of the D.C. Circuit confirmed letting the new moratorium stay in effect. The landlords are already crowing about how they will triumph in the Supreme Court. They are counting their chickens before these have hatched. The eviction moratorium has a lot more support than opposition. For example, some vehicle going through Congress, like an appropriation bill, could have a provision about it.