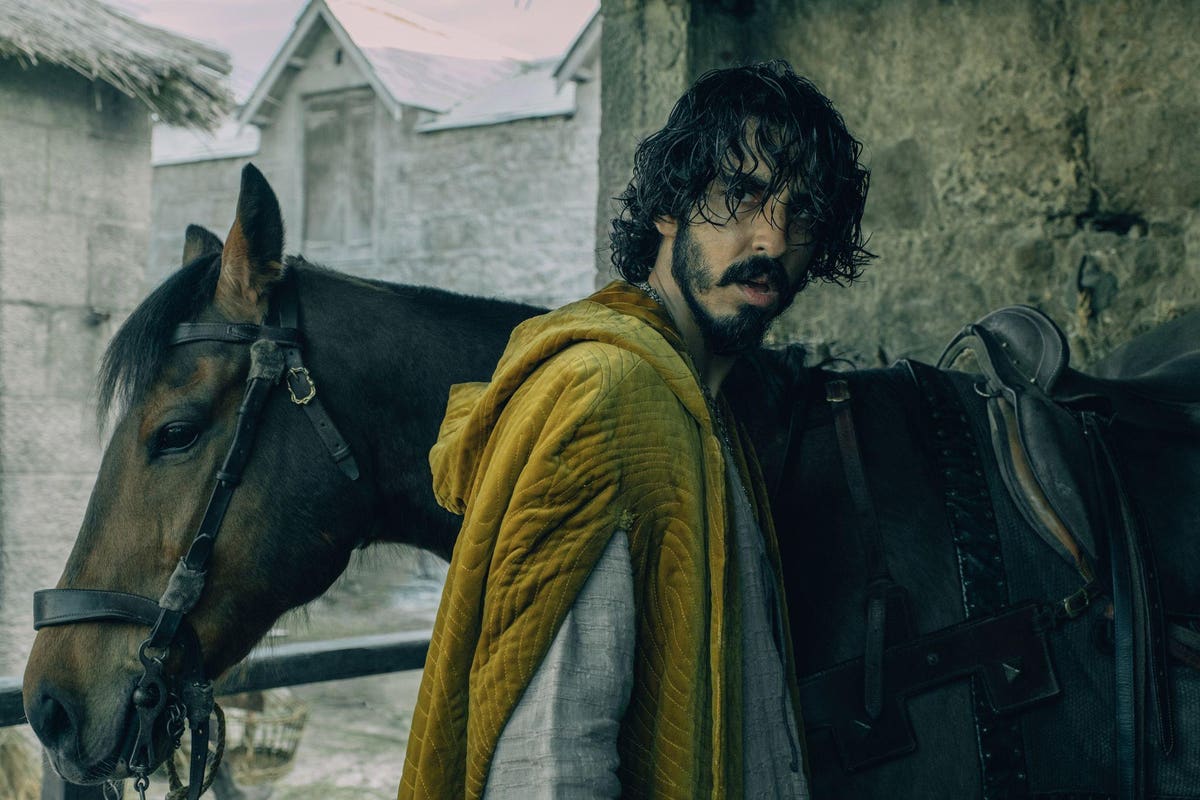 David Lowery’s The Green Knight, opening theatrically in North American theaters beginning Thursday night courtesy of A24, is precisely the movie you think it is. If you’ve seen any of Lowery’s prior naturalistic supernatural gems (Ghost Story, Pete’s Dragon, etc.), you know that this isn’t precisely Excalibur or King Arthur: Legend of the Sword. The film runs 125 minutes, and from what I gather, it’s an intentionally more extended cut than what was intended to premiere at the 2020 SXSW. So the final product is even more of a tone poem, a lazy river of a movie allowing you to luxuriate in a world hopefully worth visiting. While not necessarily filled with action and conventional spectacle, the picture earns its honor via strong acting, gorgeous visuals and the extent to which it achieves a genuinely epic feel on an A24 budget.

Loosely based on the poem “Sir Gawain and the Green Knight,” our adventure concerns the young nephew of King Arthur himself (Sean Harris) who is in good standing with his royal kin but yearns to prove himself worthy of knighthood and the abstract notions of honor that go with it. An opportunity arises on Christmas Eve when Arthur and his knights are confronted by a tree-like creature who wishes to “play a game.” Is any man in the room brave enough to strike this creature? The catch is that whatever blow they land must be reciprocated next Christmas Eve. Young Gawain (Dev Patel) seizes the opportunity and lops off the creature’s head, only for the knight to grab his head, issue an ominous “from one year’s hence” and waltz out the front door. Maybe Gawain should have just lopped off a pinkie.

The majority of the film concerns Gawain honoring his obligation to travel to the creature’s abode and meet his fate. The lush, atmospheric and oppressively foggy adventure film is faithful enough to the source material to please “fans” while still offering its share of surprises to the faithful. Alicia Vikander plays two roles, portraying Gawain’s love interest and the wife of an hospitable lord (Joel Edgerton). She makes every attempt to get under the would-be knight’s armor. Sarita Choudhury plays Gawain’s mother who is also Morgan Le Fay, a deviation from the original text which serves this film well. The journey plays out about as expected, with perils of all sizes and many conversations concerning the “honor” of his seemingly doomed encounter. The mood is laced with dread, with Andrew Droz Palermo’s cinematography emphasizing fog, sog and lonely mountain roads.

Without drawing undue attention, casting a guy who looks like Dev Patel (as opposed to someone who looks like Charlie Hunnam) is a solid example of letting an underrepresented demographic relish an old-school Hollywood heroic lead. It’s also used to justify further Gawain’s desire to be seen as an equal among Arthur’s knights. It adds to his feeling that he must be twice as heroic to earn his spot among the knights in a time when those not aligned with nobility were doomed to, at best, sustenance-level existences. The film lets this demographically specific subtext speak for itself. Still, it’s another case where “against the grain” casting makes a movie better beyond just giving a terrifically (and ridiculously good-looking) “not a white guy” actor the chance to shine. This is all in service of a distinctly David Lowery-ish movie.

The Green Knight is both exactly what you think it is and precisely what it promises. Its pacing is willfully slow and intentionally drawn out, while the ending playfully messes with Arthurian expectations. The performances are all above-board, even if this is essentially The Dev Patel Show from start to finish. Lowery, whose Pete’s Dragon is easily the best of the recent Disney “reimaginings,” has offered another visually spectacular rumination on heroic myth. The picture pokes at (without being “yellow highlighter” about it) our expectations of both Hollywood heroes and our notions rooted in old-school traditions of masculinity and manhood. It’s not going to be for every viewer. Again it’s not a mega-budget, action-packed thrill ride. But for those on its wavelength, The Green Knight is a true A24-style epic worth relishing, ideally, on the biggest big screen you can find.