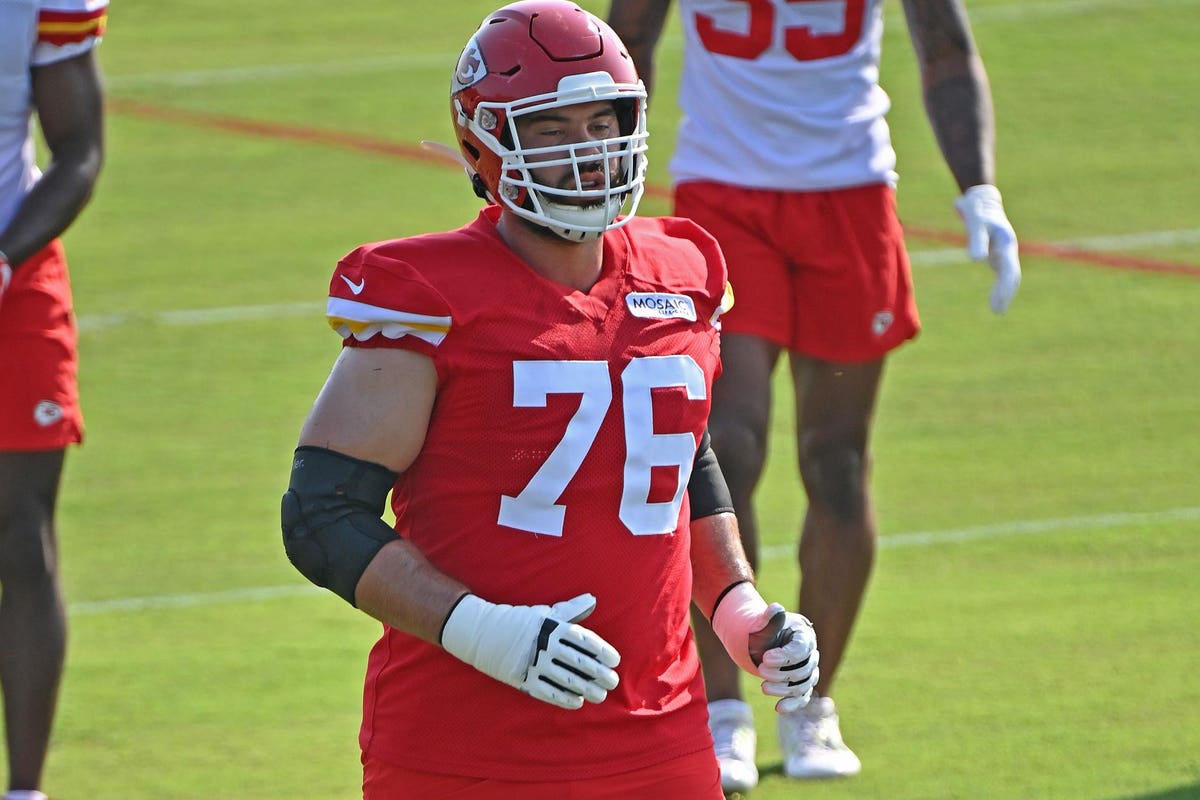 It’s a good thing the Kansas City Chiefs invested so heavily in the offensive line this offseason.

“You can’t have enough of those guys,” Chiefs head coach Andy Reid said.

You can say that again.

Long, the three-time Pro Bowler, has yet to practice due to a knee injury, and Remmers, the 10-year veteran, has missed nine straight practices with back spasms.

The most recent lineman to go down was guard Laurent Duvernay-Tardif, a starter in the Chiefs’ Super Bowl LIV victory. On Tuesday it was reported that he suffered a broken hand that likely will keep him out of action for about a month.

Duvernay-Tardif, who graduated from McGill University Faculty of Medicine and Health Sciences in May of 2018, missed 11 games in 2018 after fracturing his fibula and all of 2020 after opting out of the season so he could help Covid-19 patients while working as an orderly at a Canadian nursing home.

The 30-year-old lineman is in the last year of his contract and so is Orlando Brown, the left tackle the Chiefs acquired by trading their 2021 first-round pick.

Brown and Joe Thuney, who the Chiefs signed to a five-year, $80 million contract that ranks seventh among all NFL offensive linemen in total value, were the most noteworthy acquisitions.

Even before Duvernay-Tardif’s injury, Smith, the 226th pick in the 2021 NFL Draft, was working with the first-string offense at right guard over the veteran Duvernay-Tardif.

Smith, the Chiefs’ final pick in the 2021 draft, has impressed throughout camp.

“He’s a smart kid, he works hard,” Reid said, “and is getting better every day.”

The concern, though, is that the entire right side of the line — center Humphrey, right guard Smith and right tackle Lucas Niang — protecting the face of the franchise, quarterback Patrick Mahomes, may entirely be made up of rookies.

Niang was a third-round pick in the 2020 NFL Draft but opted out — like Duvernay-Tardif — of the 2020 season. So he’s considered a rookie.

Although Smith and his fellow rookies have looked good during camp, no matter how precocious the rookies are, having players with such little NFL experience blocking for Mahomes is a scary proposition.

The Chiefs do have veteran options in Andrew Wylie and Nick Allegretti, who have started NFL games, including Super Bowl LV.

But everyone wants to avoid a repeat of what happened in that contest.

Mahomes was so under siege during the 31-9 loss that it led the Chiefs to add Brown, Thuney, Austin Blythe, Long, Humphrey, Smith and 2020 opt-outs Duvernay-Tardif and Niang.

Whether the help comes from rookies or veterans, the Chiefs are hoping their offseason focus on acquiring offensive linemen will enable them to better persevere through a spate of injuries this time around.