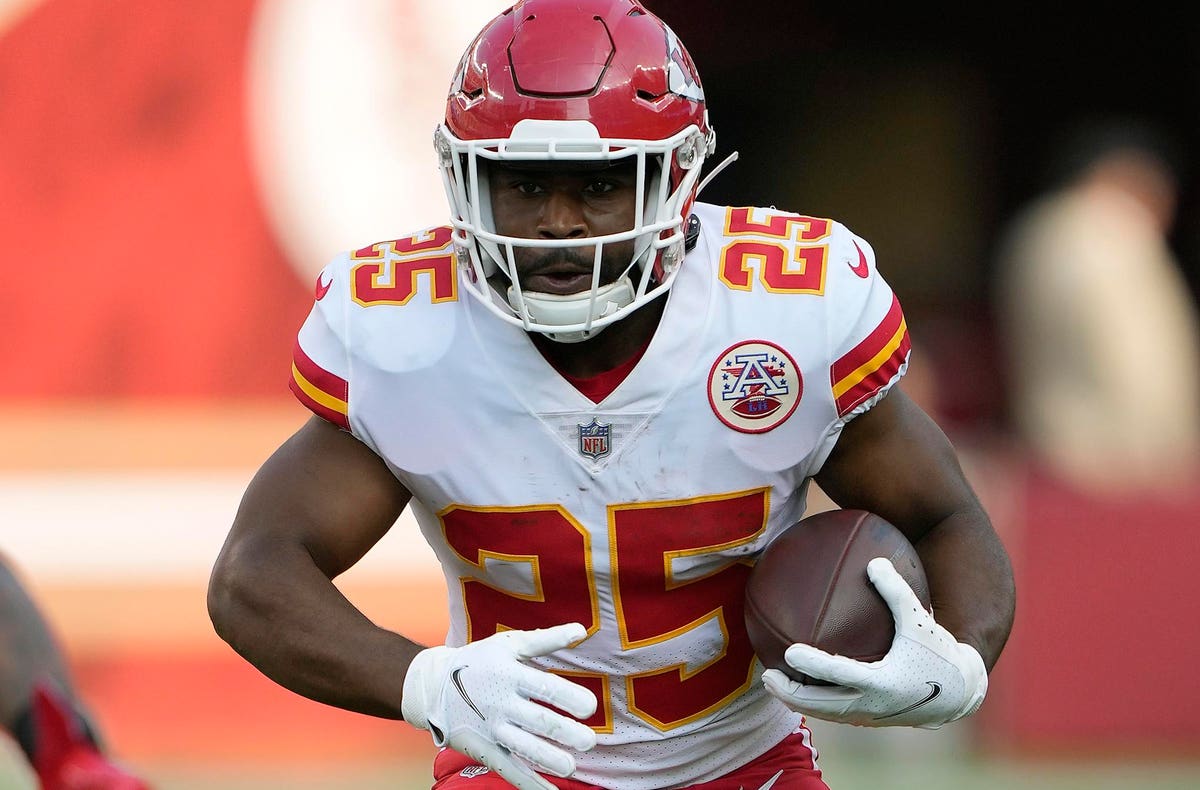 When we last saw the Kansas City Chiefs in game action, their running backs ran the ball just 11 times as their offense was getting mauled along the trenches in a Super Bowl LV drubbing.

In their very first preseason game, they gave a glimpse that their plan of attack has changed.

“Being able to set the tone, especially in the run game,” left tackle Orlando Brown said, “that’s really just been the mind-set.”

Running back Clyde Edwards-Helaire ran the ball on Kansas City’s first two plays, recording a first down on his first attempt and two more during his five touches.

Despite playing less than a quarter, he had only six fewer touches than he had during all of Super Bowl LV.

Running behind a new starting five on the offensive line — featuring three rookies — Edwards-Helaire was used early and often in their 19-13 victory in Week One of the preseason.

Edwards-Helaire’s last first down of the game came on a 3rd and 2 at the San Francisco 49ers’ eight-yard-line. It was the kind of short-yardage situation the Chiefs struggled in last year and it set up the first score of the game: a touchdown reception by Byron Pringle on the very next play.

On the first-down conversion by Edwards-Helaire, he was helped by a pulling block by rookie right guard Trey Smith. The contract of the 226th pick in the 2012 NFL Draft is such a bargain that it makes him one of the best values in the game.

It wasn’t just Edwards-Helaire who showed promised at the running back position.

Jerick McKinnon, who signed a one-year, $990,000 contract with the Chiefs on April 30, led the team with 19 rushing yards while showing his all-around versatility.

He rushed three times, caught two passes, returned a kick 23 yards and even deftly made the tackle on a third-quarter punt return.

“He is so incredibly fast and very twitchy,” 49ers tight end George Kittle said about his former teammate. “He has the ability to change the game just in the blink of an eye.”

The game changed hands at the end.

But by the game’s finish, of course, the starters were long gone, making it a bit tough to draw definitive conclusions from the game.

The 49ers had the fifth best defense in the NFL last year, but none of their starters on that side of the ball even played a down.

Although Reid was pleased with the outcome, more than a victory, his main objective was just to have his players operate efficiently — especially along the new offensive line.

Prior the game Reid said he was looking for: “that continuity, communication, working together through different works, functioning.”

More than functional, the overhauled offensive line and running game looked imposing. And in their very first test, the Chiefs looked tough.