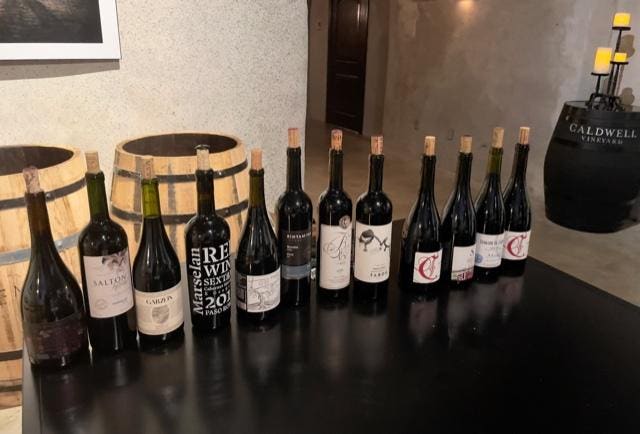 Global warming has forced wine regions around the world to consider new grape varietals that can better withstand the forecasted rise in temperatures. One such wine grape, Marselan, appears to be gaining more traction in Bordeaux, China and Napa Valley.

“We set up a test plot of Marselan in 2016,” reported Laurent Rousseau, owner of Vignobles Rousseau in Bordeaux. “It gives a powerful wine, very colorful but fleshy and elegant…. We will produce this (as Bordeaux) AOC in 2021.”

Indeed, the Marselan grape is one of four red grapes that were approved earlier this year by the INAO, the French organization that regulates agriculture. Starting in 2021 up to 10% of the blend in Bordeaux Superior and Bordeaux AOC wines can be Marselan. The determination was made after conducting 10 years of research on which wine grape varieties could best address climate change, and would complement existing Bordeaux wine grapes.

The Marselan grape is considered to be a good choice, because it is well-adapted to withstand warmer temperatures, and is also less susceptible to disease pressure from humid environments found in Bordeaux and parts of China.

Created in France in 1961, Marselan is actually a cross between Cabernet Sauvignon and Grenache. It can produce deeply colored red wines with aromas and flavors of mixed berries, plum and a touch of earthiness.

Marselan May Be the New Signature Grape of China

In China, Marselan is gaining in popularity, with 20 vineyards growing it in multiple regions of China, according to Elizabeth Gabay, MW. The varietal gained even more popularity after the 2015 Tasya’s Reserve Marselan from Grace Vineyard in the Shanxi Province won the Platinum Best in Show medal at Decanter’s Asia Wine Awards.

Winemaker Lili Tong, of Man Zhou Xiang Winery in Shandong Province, has been making Marselan wine for a number of years, and believes it has much potential for China. “I prefer Marselan because it has soft and silky tannins, and can grow well in many regions of China, such as Ningxia, Hebei, Huailai, Shanxi, Shandong, and others.”

Indeed, Marselan has performed so well in China that some experts, such as Richard Smart and Demei Li, believe it may be considered as the signature grape of the country in the future. China has even established International Marselan Day, organized by Beijing-based wine writer, Jim Boyce. For this event Boyce hosted what could be largest Marselan tasting in the world to date, with 30 different bottles of Marselan.

A few winemakers in Napa Valley are also taking an interest in Marselan. Spottswoode Winery was the first in the valley to plant 75 vines of Marselan in 2019 as part of their experimental vineyard to determine which grape varieties would perform best with climate change.

Aron Weinkauf, winemaker and vineyard manager for Spottswoode explained, “We planted 12 different varieties for experimentation, and Marselan rose to the top. Its parentage speaks to a varietal that will have a spectrum of tolerance for climate change. Then, when Bordeaux accepted it as an approved grape, that provided another vote of confidence for Marselan.”

Charlie Johnson, Owner of Helena View Winery, which burned down in the 2017 wildfires, also is a fan is Marselan. “We just planted 300 Marselan vines,” said Charlie, “and we will probably use it to produce both a 100% Marselan wine and blend it with our cabernet sauvignon.”

The biggest planting in Napa Valley to date is planned by Caldwell Vineyard. “We are planting 1000 vines of Marselan,” said owner John Caldwell, “and we are doing this for two reasons: 1) It fits the spirit of our winemaking philosophy to experiment with different varieties for interest, and 2) Marselan allows us to buy insurance for global warming.”

Recently Caldwell hosted a tasting of 13 Marselan wines at his winery, inviting interested winemakers and experts to participate. The wines were gathered from around the world by Dave Thompson, of the Napa Wine Project, and included Marselans from France, Israel, Brazil, Uruguay, and the US.

The consensus was that the Marselan could be produced in a variety of styles, that would appeal to consumers. These ranged from crisp, light, Marselan rosés to fruity, soft and approachable reds (similar to Grenache), to inky black, earthy and complex wines with generous oak aging.

In addition to France and China, Marselan wines are also widely produced in Israel, followed by Uruguay and Brazil. In the US, Sextant Winery in Paso Robles has one of the oldest vineyards of Marselan, planted in California. Also Page Springs Winery in Wilcox Arizona has produced Marselan wines.

Marselan Wines Included in the Tasting at Caldwell Cellars