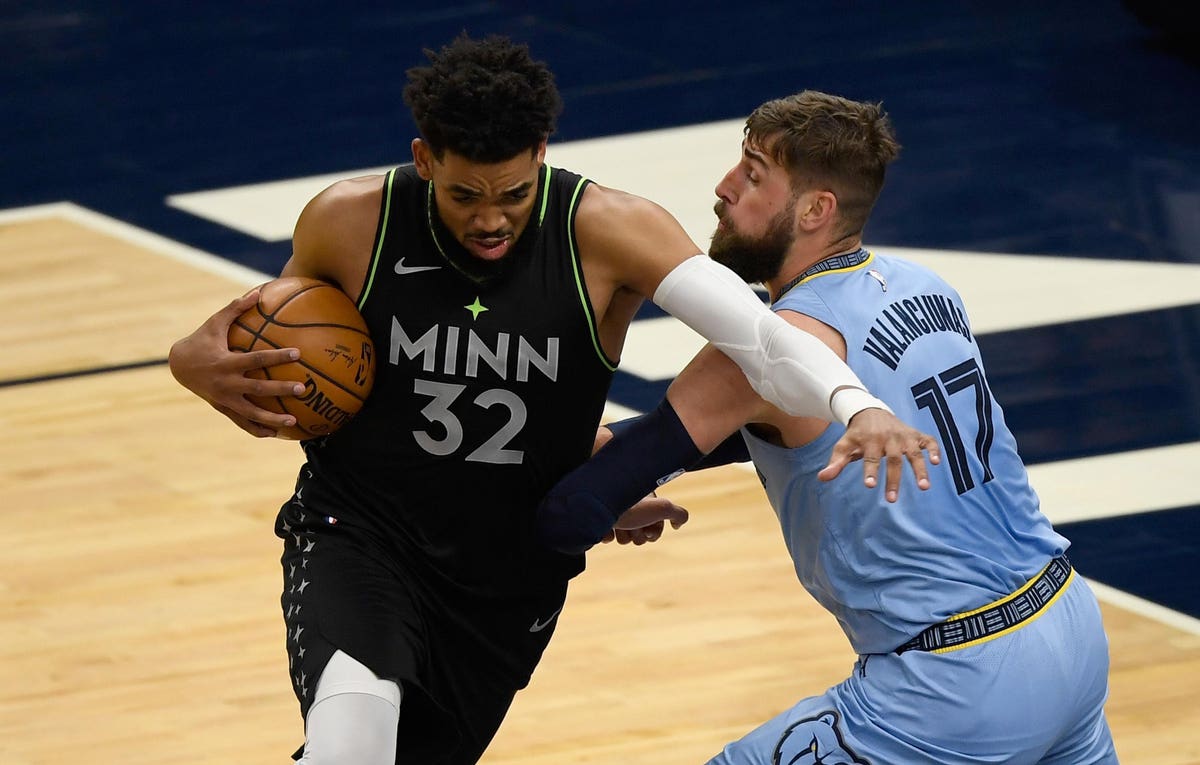 There’s no way to sugarcoat it. The Minnesota Timberwolves had a dreadful 2020/2021 campaign, and questions about their long-term outlook hover over them for at least the third straight offseason.

The roster, which is a funky combination of players predominantly stronger on one end of the floor than the other, could use a major overhaul if the Wolves wish to make the most of the upcoming prime years of superstar Karl-Anthony Towns.

During the 2020 NBA Trade Deadline, the Wolves traded for D’Angelo Russell, who Towns wanted to play with, but despite the duo having now been together for almost a year and a half, they really haven’t been able to gel on the court for a variety of reasons.

The coronavirus pandemic prevented Towns and Russell from on-court development time last season, which meant the twosome more or less started over from scratch going into this season getting acclimated to each other’s games and spots on the floor.

Far more tragic than practice time however, was the pandemic’s influence on the life of Towns, who lost his mother and six additional family members to the virus.

No one would have batted an eye if Towns had decided to sit out the year, as that type of loss is unfathomable and no one can be asked to simply get through it. Yet, Towns took the floor and managed to play 50 games while sporting greatly improved playmaking. It was a herculean effort by the 25-year-old, which shows once again it’s time for the Wolves to do right by him.

But, what does that mean?

Doing right by Towns could mean building the right team around him, which is the clear-cut top priority within the franchise. But, failing that, it could mean acknowledging that he needs to go to a more competitive environment.

Of course, that should be the last resort and Towns would have to inform the franchise of a desire for a change. If he doesn’t voice such a desire, there’s no need to explore that avenue, at least not until he gets closer to the end of his contract.

But let’s stick with that theme for a second. Towns is on a contract that ends in 2024, meaning he is locked up for another three seasons. Given that he’s currently 25, the combination of age and length of team control arguably creates the parameters of him having more trade value than ever before, and likely will ever have.

Again, that’s not to suggest the Wolves should opt out of the Towns era. However, it is worth acknowledging that the haul they could receive for him this summer, especially if he privately expresses a desire for change – and so far he hasn’t – could be an all-time high.

Also worth consideration is the fact that Minnesota has seen great in-season development from 19-year-old Anthony Edwards, meaning if they do pivot into something new, they already have the centerpiece of the next generation of Wolves players.

You could essentially ask for the moon if Towns is on the market, and you’d get it. The New Orleans Pelicans are looking to build a strong team around Zion Williamson and Brandon Ingram. They could send back Kira Lewis, Nickeil Alexander-Walker, Jaxson Hayes, their lottery pick this year, their unprotected 2022 and 2024 first-rounders via the Los Angeles Lakers, and if push comes to shove, there are also their 2025 and 2027 first-rounders via the Milwaukee Bucks which potentially come into play, pending New Orleans’ walk-away price.

Pivoting into a more preferable route, which focuses on keeping the big man around, means having to make significant changes elsewhere on the roster.

Jarrett Culver and Josh Okogie both are highly versatile defenders, but neither functions as a viable offensive option. On the other side of the spectrum is Malik Beasley and Jaylen Nowell, both highly offensively inclined guards with little defensive upside.

For the Wolves to catapult themselves into playoff contention, there simply isn’t space on the roster for four guards who only specializes on one end of the court. Especially given that both Russell and Edwards also seem to fall into that latter category.

The Wolves will need to identify a small group of keepers and have the guts to trade or walk away from literally everyone else.

Vanderbilt and McDaniels are both defensively versatile forwards who both have a certain level of offensive upside, where they should prevent themselves from ever turning into liabilities.

But to go from there, to building a team around the above group – and the potential addition of Minnesota’s 2021 lottery pick, assuming it doesn’t land outside the Top 3 and conveys to the Golden State Warriors – is a long road. One that may eventually tire Towns, forcing his hand in requesting a trade a couple of years down the line.

Should that happen, it’s fair to consider if Towns, then 27 and with only one year left on his deal, can fetch as much as he can now in a trade. Logic would dictate he wouldn’t, given that teams would consider him a flight risk due to the modest one year remaining on his contract.

Does that mean the Wolves should be proactive and move him now just to optimize value? Not necessarily. But the above scenario is something they need to plan for.

The Wolves have to understand that asking Towns for patience, while on a bad team during the peak of his physical prime years, is a tremendous ask. One that Towns could reject at any given point during the next three years.

For the Wolves, that means having some frank conversations behind closed doors, while also gauging exactly what Towns is thinking.

If Towns indicates he’s in it for the long haul, and he keeps dedicating himself to the franchise, all is well. If not, maybe it’s time for a change.