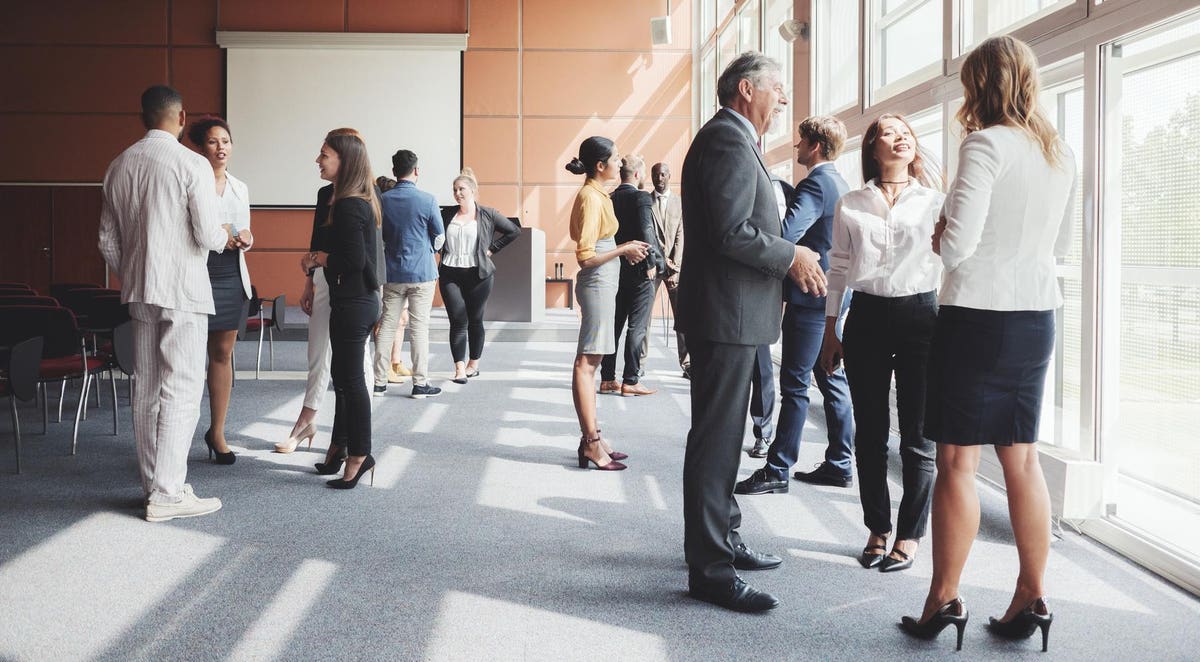 As the country slowly recovers from over a year of shut downs and changes in business practices, few live conferences and trade shows have been attempted. I wrote about one from October 2020, but in hindsight it seems like that was quite an anomaly even with only 80 people in attendance. Conferences and trade shows represented about 20% of all airline business travel in the “before time.” By definition, these events are large and work because people interact to make new deals, learn about new products, and network.

The MRO Americas event is annually one of the larger aviation-based trade shows, and brings together airlines and the hundreds of businesses that help to maintain, repair, and operate aircraft and equipment. MRO means Maintenance, Repair, and Operations and this represents a large segment of the aerospace business. In April 2021, this conference returned to Orlando and hosted about 4,000 live people and an equal amount participated virtually. Over 400 exhibitors were live, and being there for two days gave a sense that maybe these kind of events could start happening again in a real way. The four main encouraging features were:

In an interview with conference organizer Lydia Janow for the AirlinesConfidential podcast, she noted that rules about what could be allowed changed even weeks before the event happened. The Orange County Convention center is a massive space, and so the 400+ exhibitors were all in the same room but stretched out over a lot of floor. The fact that 4,000 attended in person suggests that people were ready to get business going again and wanted to make this work. Some of the booths had a lot of equipment in them; clearly this had to be arranged to bring in and set up.

The show was also laid out over several levels, so the trade show aspect with the exhibitor booths was on a different level than the keynote speakers. Most of the speakers were live, though some participated by video. The room for the presentations was also large. Masks were required at all times and each day temperature checks were taken. If you didn’t have the temperature band on your arm, you were not allowed in any of the venues. This was good planning and made it possible for the event to be large enough but also be safe.

People visit these kind of events to network, to sell things, and also to learn about new technologies and innovations in the space. The MRO Americas event delivered on these, and there were a lot of innovative ideas to be seen as you walked through the exhibits. The most impressive of these was a company called Rizse (pronounced Rise). Rizse uses drone technology to efficiently inspect aircraft. Using this technology, inspections can be completed more quickly and significantly more accurately than a manual walk-around. Rizse is the brainchild of 25-year old Colby Harvey, a Detroit native with a whip-smart brain and pleasant demeanor.

Sometimes innovations come not by re-inventing something in a new way, but just doing something mundane much better. That’s the case with the Badass Workbench. These all-steel benches are amazing, and I heard many people say that they wanted to buy one even though they didn’t need a workbench. Using especially clever swing-out drawers and very heavy construction, these benches looks great and even include a bottle opener on one leg. I was impressed with this company in that it clearly took effort to bring the products into the space and yet they were willing to do it and make the effort. This kind of dedication and motivation made this event really work.

Being there to support the AirlinesConfidential podcast, I spent a lot of time talking to people, taking questions, and interviewing speakers and exhibitors. The most common questions were around when the industry will recover, when will business travel return, how much longer until we are back to normal, etc. I heard a lot of stories like “we fix APUs, so we need more APUs being used.”

Despite this, many people also commented how happy they were that so many people were there. “Many more than I expected” was a phrase I heard a lot. I asked many of exhibitors if they felt the show was good for them, and most said it was well worth it. Some booths were especially busy, and the trade show floor always had a buzz to it.

About 20% of airline business travel depends on conventions and trade shows happening. This was aviation focused, but as important are other trade shows that happen in Las Vegas, Orlando, and many other places. Almost nothing happened in 2020, so to have this event attract this kind of crowd in April, still long before any hailing of herd immunity, suggests that by this fall many more such events may happen. The latest CDC recommendation on mask wearing for vaccinated people supports this further. By fall, any adult in the U.S. that is not vaccinated is because they don’t want to be, not because they haven’t had access. As I wrote earlier, this fall will tell us a lot more so watch to see the convention and trade show listings to get a sense of how quickly this sector of airline traffic will recover. This is encouraging.