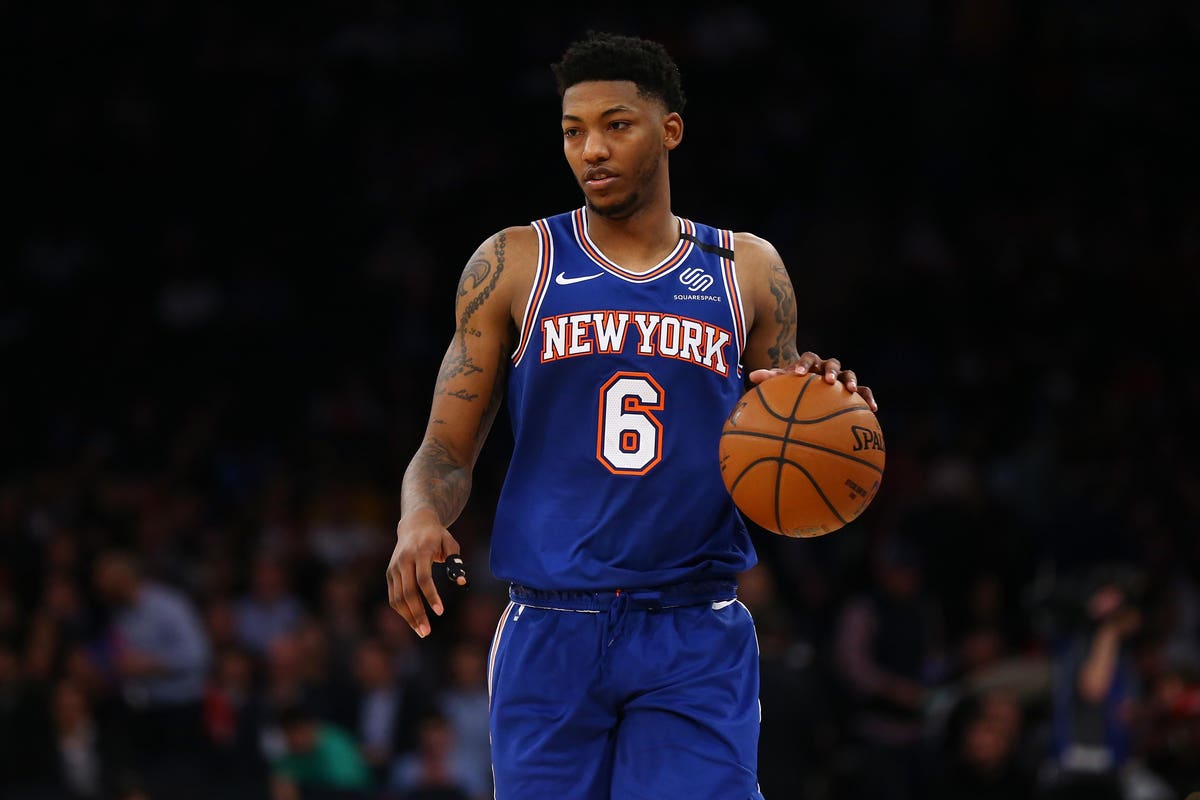 Elfrid Payton has been a touchy subject on Knicks Twitter for quite some time now. Each squander is a reminder that the defensive reputation he still carries in some circles is clearly outdated and his penchant for driving to the basket is offset by an offensive skill set that stymies the team overall. Nevertheless, he starts for a team that is in position to win a playoff series for the first time in eight years.

With each game being so crucial it’s been a surprise to see Payton getting the start night over night for a team that now has some modicum of playoff expectations. Some people might make the claim that it could be rooted in keeping the locker room happy. Tom Thibodeau has been willing to jettison rotation players to the bench (see Austin Rivers), but that experience and need for guard depth during this tumultuous season might be enough of a carrot to leave him in the starting lineup. The Knicks clearly have some energy and positivity around the club and maintaining that level of status quo is something that has been part of Thibodeau’s ethos since his days with the Chicago Bulls. Regardless, a player dragging the margins of winning and losing to razor thin levels is something you’d expect to be remedied under a coach of the year candidate.

Where Payton has hurt the Knicks the most is on the offensive end of the court. It’s truly hard to point to anything that he does that helps the team win and it’s been quite obvious for years now that he is one of the worst shooting point guards in the league. He’s currently sporting a 28.6 3-point percentage for the season, which falls in line with his career average of 28.9 percent from deep. He’s hesitant to shoot and defenders rarely stay attached to him with the lack of fear that he’ll punish them. The Knicks still have a team that has been one of the best in the league at shooting from beyond the arc, but the added spacing would do wonders for R.J. Barrett and Julius Randle who often play with two non-shooters in the lineup. Randle has taken merely 23 percent of his shots at the basket this season after taking over 50 percent of his attempts at the basket in four of his previous five seasons. The reason for that is multi-layered, but clearly a part of it is due to a lack of spacing around him when Payton is on the floor.

A common retort by most is that his minutes have already started to decline. Payton has gone from playing a whopping 29 minutes per game in January to a tick under 15 minutes per game during the month of May. Those minutes carry even more weight during the playoffs in which rotations get tightened and starters are asked to carry more of the load. Even 15 minutes per game can be catastrophic in a matchup that projects to be as close as this one seems to be. The Hawks ultimately ended up finishing with a net rating that was .2 points per 100 possessions lower than the Knicks over the course of the regular season. A failure to recognize Payton’s negative impact on the court could prove to be the difference between the Knicks going home or advancing to the 2nd round.

No stat further encapsulates the impact Payton has had on the team overall than the on-off court differential that calculates the net rating of a player while he’s off the court and while he’s on the court. It helps paint a picture not only of what a player is contributing while playing, but also what his fellow teammates are doing while he’s saddled to the bench. Payton had a -9.8 on/off court point differential this year, which was in the bottom-15 percentile in the NBA. Projecting out expected win totals for Payton while he was out of the game nets an expected win total of 58 games for the Knicks. Yes, the production of the Knicks as a team with Payton on the bench produced a net rating that would have resulted in a 58 win season for the Knicks. Obviously that level of production would have never existed throughout the course of a season with the lack of guard depth on the roster, but the point is that Payton has hamstrung this team for far too long.

Even if you want to look at the things that the Knicks do well on the court while Payton plays it’s hard to find much that Payton contributes to. The team has played well on defense and at drawing fouls, but neither of those categories are areas in which Payton excels. He’s active in grabbing offensive rebounds, but that is pretty much the only feather that you can put in his cap.

The “Keith Bogans” is often referred to in this debate among fans as Thibodeau’s reasoning for starting Payton. The similarity is that Bogans was a poor contributor that ultimately started every single game for the Chicago Bulls, including all 16 games in the playoff run that they made in 2010-11. His play likely didn’t make the difference in the Bulls making the NBA Finals, but it certainly didn’t help in their Conference Finals loss to the Miami Heat.

New York fans better hope that the same fate does not await the Knicks.