The Philadelphia Eagles Are All Of That, And The Atlanta Falcons Aren’t 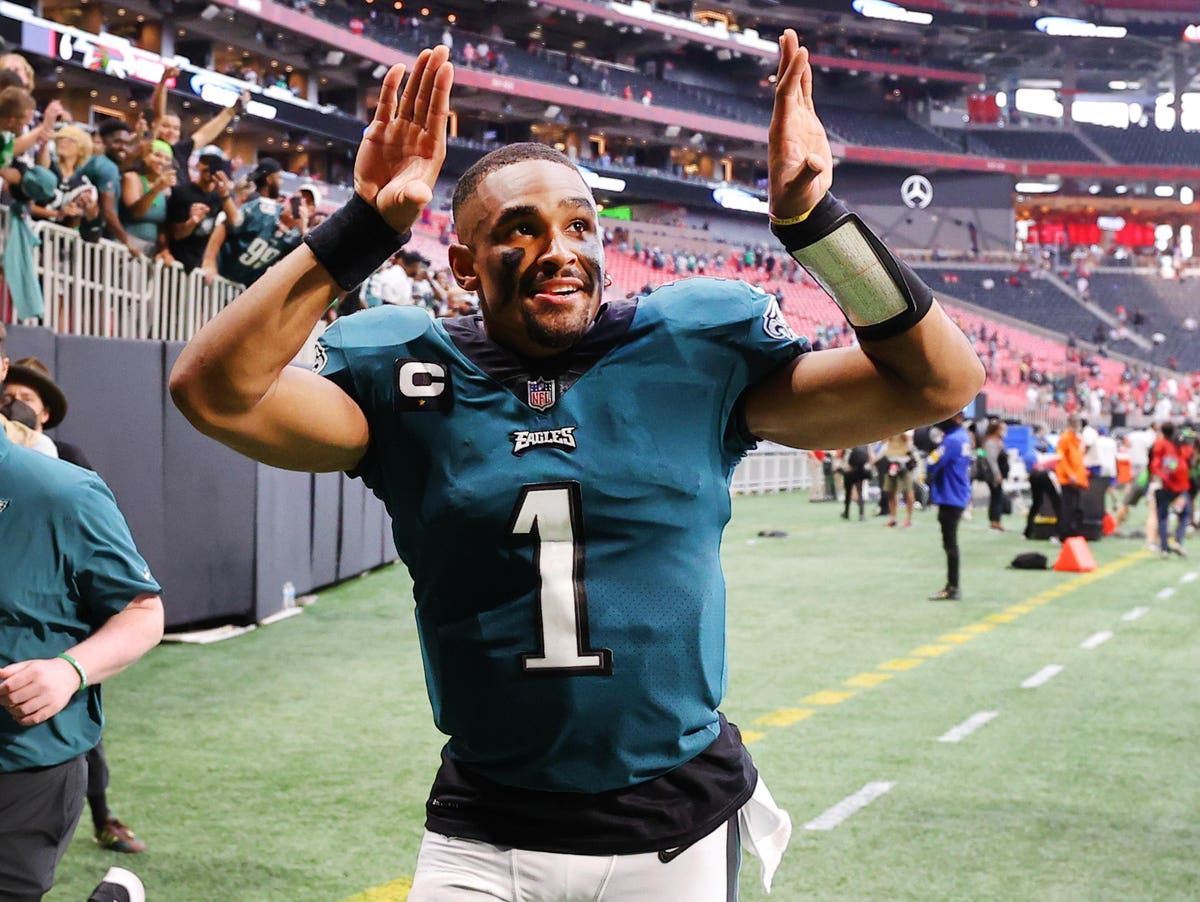 They say you shouldn’t make snap judgments after the first NFL game. With apologies to “they,” the exception to that rule happened Sunday at Mercedes-Benz Stadium, which is in Atlanta.

Actually, given the Eagles fans who dominated the place over the hometown Falcons fans, the setting could have been Philadelphia.

Which brings me to this snap judgment that really isn’t.

It involves a contrast in progress: With the Philadelphia Eagles’ bandwagon growing by the millisecond, its team will make its 2020 season (4-11-1) look like a fluke by returning to the playoffs for the fourth time in five years. With folks trying to unload their Dirty Bird stuff like it was New Coke drunk from platform shoes, the Atlanta Falcons will continue through this year as a franchise that hasn’t had a winning record at any point of a season since 2017.

The final score of Sunday’s Eagles-Falcons game only told part of the story: 32-6, and no, the Falcons didn’t win before a “home” crowd of 68,633 featuring a heavy dose of midnight green, silver, black and white.

Those aren’t the Falcons’ colors, by the way.

The differences between these teams? Let’s just say those differences went further Sunday than Forbes ranking the Eagles No. 9 out of the 32 NFL franchises in team value at $3.8 billion and the Falcons 20th at $3.2 billion.

Nothing topped this: Sirianni wasn’t the coach sounding like he already was overmatched after his first NFL game, and Hurts didn’t resemble just another dude on the field wearing a helmet and cleats.

Smith’s Falcons committed 12 penalties for 99 yards. They couldn’t score a touchdown despite reaching the Eagles’ 3-and 2-yard lines in the first half. Their veteran quarterback (Matt Ryan) was under such pressure from poor offensive line play that he was sacked three times and unofficially bashed even more.

Not only that, but despite noted coordinator Dean Pees agreeing to run the Falcons’ defense this year after Smith was hired, that unit operated as ineptly as it had for the previous three seasons. Philadelphia receivers ran wild in open spaces, and rookie Kenneth Gainwell sprinted eight yards untouched for a touchdown.

Afterward, Smith said, “I did a really poor job getting us ready to go. I feel awful for our fans. Everybody showed up today. We’ll do a better job. This game is not going to define us. It’s a long season to go, but I certainly didn’t do a good enough job to get us ready to go today.”

Smith also said he needed to “evaluate” his coaching and his messaging, which isn’t a thought that will send a sense of stability throughout the Falcons’ organization, stretching from owner Arthur Blank to the locker room.

In contrast, whatever Siriani did to prepare his team was just fine, especially regarding Hurts, the 2019 runner-up to the Heisman Trophy. Hurts already is threatening to form one of the NFL’s best quarterback-wide receiver duos with DeVonta Smith, the 2020 Heisman winner. They were teammates for two years at the University of Alabama, and they scored the game’s first touchdown when Hurts floated an 18-yard pass in Smith’s direction along the way to the end zone.

Hurts completed 27 of 35 passes for 264 yards and three touchdowns overall, and with his swift legs, he added 62 yards on seven carries. His 126.4 passer rating was 55 points higher than that of Ryan, a 14-year veteran with five Pro Bowl trips and an NFL MVP award. All of that became possible for Hurts after he became the Eagles’ main quarterback when they traded previous starter Carson Wentz this spring to the Indianapolis Colts.

DeVonta Smith had six catches for 71 yards, and his rookie counterpart for the Falcons named Kyle Pitts did much less.

Mostly, Pitts did nothing worth mentioning.

Deep into the second half, Pitts had 1 catch for 1 yard, and he finished the game with four catches for 31 yards.

The few Falcons fans present at Mercedes-Benz Stadium (you know, compared to the large Eagles contingent forming Lincoln Financial Field South) expected more from somebody who Forbes said signed a four-year $32.9 million fully guaranteed contract that made him the highest paid tight end in the NFL.

Elsewhere, while the Falcons’ defense struggled, Eagles defensive end Javon Hargrave used his six tackles (including two for losses) and two sacks to lead his teammates in helping their opponents look clueless on offense.

So, “they” can roll their eyes as much as “they” want, but it’s easy to see (even with 16 games left during the regular season out of 17) the Eagles are all of that, and the Falcons aren’t.