The State of the American Mall 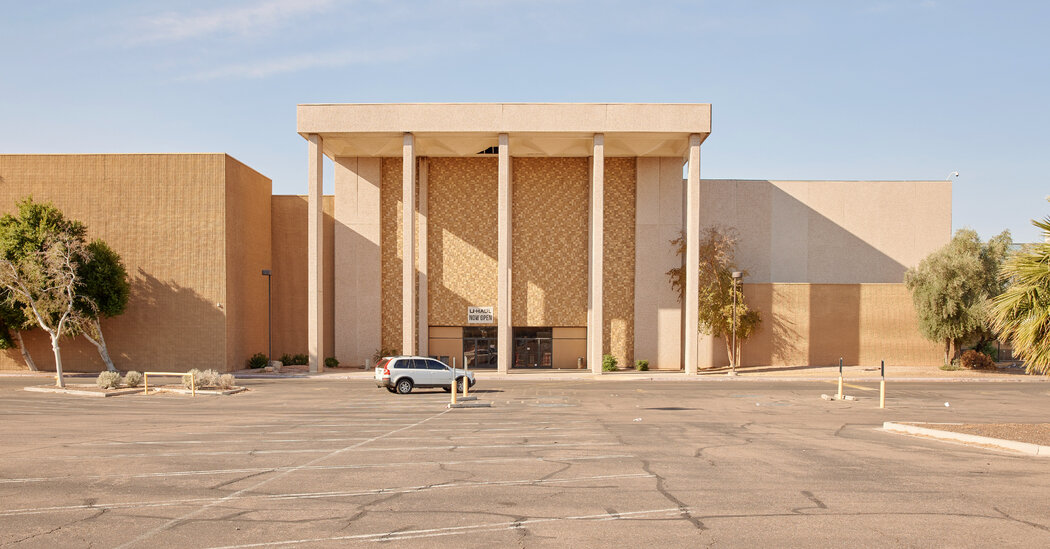 Earlier this year, I received a flurry of text messages from my mother, who was at the going-out-of-business sale at our local Macy’s. I was floored — not by the deals, but because my childhood mall, the Crystal Mall in Waterford, Conn., was losing another big-box store. Sears exited a couple of years ago, and the mall has steadily lost tenants like the Gap, H&M and Abercrombie & Fitch. My teenage self would barely recognize the place today.

Similar declines have been playing out for years at many of the roughly 1,150 enclosed malls in the U.S., as people have turned to the internet, strip-center chains and outlets. But the pandemic accelerated challenges at some malls that were previously scraping by. Now, while the country’s most popular malls continue to perform relatively well, with steady foot traffic and occupancy, hundreds of others are grappling with major vacancies, fewer visitors and uncertain futures.

More than ever, American malls are a story of haves and have-nots. The real estate analytics firm Green Street estimates that at the 1,000 U.S. malls it tracks, there are about 750 vacant anchor boxes — vast spaces that once housed chains like Sears, Nordstrom and Macy’s. Those are hard to fill in normal times, but the past year has made it extraordinarily tough.

The plight of malls is significant for American communities and shows how quickly our habits have changed. Many people have a deep nostalgia for their local mall — it was often a hangout spot, a source for back-to-school clothing, or the scene of a first job. An internet subculture commemorates malls that have permanently closed.

But now, many are in a strange limbo. As vaccinations rolled out, pictures circulated of people receiving their shots at empty Sears or J.C. Penney locations. One former Macy’s in Vermont has been repurposed as a high school, while other malls are auctioned for pieces and turned into corporate offices. Deborah Weinswig, chief executive of Coresight Research, a global advisory and research firm, anticipates the rise of “dark malls” that exist solely to fulfill online orders for same-day or same-hour pickup.

Most malls took a hit during last year’s pandemic shutdowns and have struggled to attract customers back to the great indoors. A slew of bankruptcies, including J.C. Penney and Brooks Brothers, fueled closures. And healthy retailers decided to shutter their least-profitable stores, causing another exodus. More than 12,000 stores were announced for closures in 2020, according to CoStar Group, a data provider for the real estate industry.

“There’s no question the pandemic really widened the gap between the higher- and lower-quality malls in the country,” Vince Tibone, a senior analyst covering retail for Green Street Advisors, told me. “For the best one or two malls in any given market, there will still be tenant demand, there will still be consumers. And then the lower end is going to be even more challenged because they lost even more of their national tenants.”

The real estate industry gives grades to malls like report cards — A++ for top-tier malls, which can make $1,000 sales per square feet and often have tenants like Apple. A “C” mall produces far less in sales, probably has low occupancy and is deemed at risk of closing. Tibone said that many malls were downgraded during the pandemic as they lost tenants.

Vacant storefronts can be an eyesore, but as I wrote last year, many small mall tenants have clauses in their leases that allow them to pay reduced rent or even leave if two or more anchor stores depart, which can further exacerbate a mall’s issues. For some malls, the vacancies represent the start of a grim spiral. Even if the owners can see what’s happening, Tibone said, they often “don’t have the capital to keep these properties relevant and progressing with the future.”

Sapna Maheshwari covers retail for The Times. She invites readers to send their thoughts on the topic to [email protected].

Lives Lived: Jane Withers played tough, tomboyish children in more than two dozen films in the 1930s and ’40s. She achieved a second burst of fame as Josephine the Plumber in Comet cleanser commercials. Withers died at 95.

A Russian view of Chernobyl

Two years after HBO aired its critically acclaimed series “Chernobyl,” the Russian film “Chernobyl 1986” has arrived on Netflix. While the HBO series focused on the failures of the Soviet system that led to the nuclear plant’s explosion, the movie on Netflix follows the lives of “liquidators” — people who prevented the fire from spreading to the other reactors and helped avoid an even larger disaster.

The movie, which was partly funded by the Russian state, has received some criticism within Russia and Ukraine for not emphasizing the government’s missteps enough. Alexander Rodnyansky, one of the film’s producers, who as a young documentary filmmaker captured the disaster zone in the days after the catastrophe, said that was never his goal.

“For years people spoke about what really happened there,” he told The Times, adding that most people understand the government’s role in the disaster. The Russian film, instead, trains its lens on the role of individual heroism.

Today, the power plant site has fewer than 2,000 workers who monitor a giant sarcophagus that ensures no nuclear waste is released, Valerie Hopkins writes. Read her story. — Sanam Yar, a Morning writer