The Taliban seize Kunduz, a major city in northern Afghanistan. 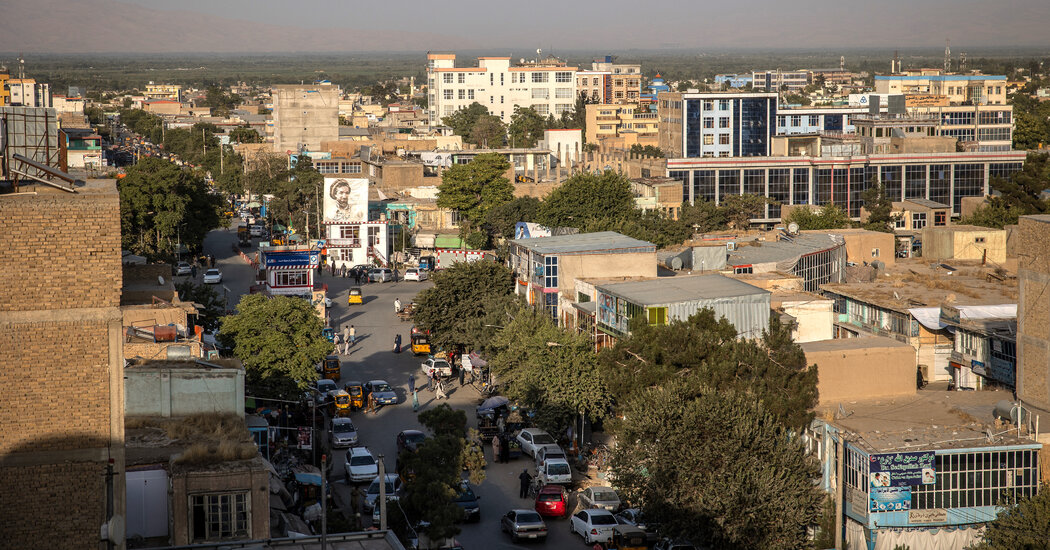 KABUL, Afghanistan — The Taliban seized the city of Kunduz in northern Afghanistan on Sunday, officials said. It is the first major city to be overtaken by the insurgents since they began their sweeping military offensive in May.

Kunduz, the capital of a province of the same name, is a significant military and political prize. With a population of 374,000, it is a vital commercial hub near the border with Tajikistan.

“All security forces fled to the airport and the situation is critical,” said Sayed Jawad Hussaini, the deputy police chief of a district in Kunduz city.

Clashes between government forces and Taliban fighters were ongoing in a small town south of the city, where the local army headquarters and the airport are situated, security officials said.

Security forces had retreated to the town earlier in the morning, officials said. It was unclear whether the government forces, already overstretched, would try to push the Taliban out of the city.

“Taliban are walking in the streets of the city. Local residents are terrified,” said Sayed Asadullah Danish, a member of the Sar-i-Pul provincial council. Provincial officials had taken shelter in an army base on the outskirts of the city, where clashes were continuing, he added.

The string of Taliban victories in cities marks a significant change in the insurgents’ offensive, which started in May as international troops, led by the United States, began withdrawing. After sweeping through the country’s rural areas, the insurgents’ military campaign has shifted to brutal urban combat in recent weeks, as they have pushed into cities like Kandahar and Lashkar Gah in the south, and Herat in the west.

The Taliban’s strategy has exhausted the Afghan government’s forces and overwhelmed the local militia forces that the government has used to supplement its own troops, a move reminiscent of the chaotic and ethnically divided civil war of the 1990s.

“We are so tired and the security forces are so tired,” said Mr. Hussaini, the police official in Kunduz. “At the same time we hadn’t received reinforcements and aircraft did not target the Taliban on time.”

The Taliban briefly seized Kunduz in 2015 and again in 2016, gaining control of a province for the first time since American forces invaded in 2001. Both times, Afghan forces pushed back the insurgents with help from American airstrikes. Kunduz is also where an American gunship mistakenly attacked a Doctors Without Borders hospital in 2015, killing 42 people.

On Sunday, after a night of heavy fighting, Taliban fighters flooded into the streets of Kunduz and raised their flag over its main square, a video recorded by a resident showed. Two of the city’s main markets, where shopkeepers sell fabrics and footwear, caught fire, sending dark plumes of smoke over the city.

Since the U.S. withdrawal began, the Taliban have captured more than half of Afghanistan’s 400-odd districts, according to some assessments. Their attacks on provincial capitals have violated the 2020 peace deal between the Taliban and the United States. Under that deal, which precipitated the American withdrawal from the country, the Taliban committed to not attacking provincial centers like Kunduz.

An escalation of American airstrikes against the Taliban in recent weeks was an attempt to ensure the group’s adherence to the deal. That effort has seemingly failed, and the peace talks between the Taliban and the Afghan government have become all but an afterthought as the insurgents push for a military victory throughout Afghanistan.