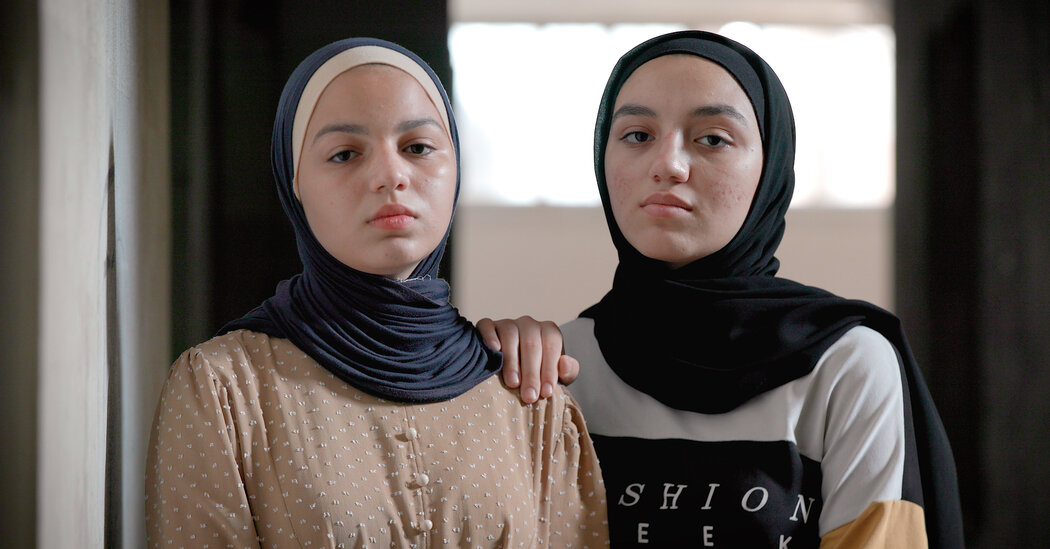 Times Insider explains who we are and what we do, and delivers behind-the-scenes insights into how our journalism comes together.

In May, hostilities erupted in Gaza between Israel and Hamas, the Palestinian militant group that governs the coastal territory. The resulting 11-day war killed 260 people in Gaza and 13 people in Israel, according to the United Nations, and reduced entire sections of Gaza City to smoldering rubble. The Israeli military said it was targeting Hamas military infrastructure in Gaza.

Coverage of the war was limited because Israel, citing security concerns, closed Gaza’s borders to foreign journalists. But civilians captured videos of the attacks. After a cease-fire was declared, Yousur Al-Hlou, a video journalist for The New York Times, and Neil Collier, a former Times staff member who now works as a freelancer, traveled to Gaza, a process that took several days and involved going through numerous security screenings, quarantining in Jerusalem and securing permission from Hamas.

Amid bombed-out buildings, they spoke with survivors, then produced a 14-minute video that was published last month that tells the story of the war and its aftermath through the eyes of those residents.

The Times reported on the impact on both sides of the border, including a video about Israeli border communities that were affected and a visual investigation into the deadliest series of airstrikes on Gaza during the conflict. The video from Ms. Al-Hlou and Mr. Collier offered a unique look at the destruction in Gaza from those who witnessed it firsthand.

The project was a rare opportunity to examine the toll that perpetual warfare and rebuilding has on residents there, Mr. Collier said.

“One of the first things we noticed was the extent to which people were still in shock and traumatized,” he said. “There were lingering effects of the war that hadn’t necessarily been captured in footage coming out of Gaza.”

Their video portrays the chaos and terror of airstrikes — a teenage boy screaming on the ground after his father and cousin were killed; sisters hiding under a blanket as their house was bombarded. One of the sisters said she removed the password on her phone, because she wanted people to be able to access footage that she took if she died.

Hanaan Sarhan, a senior producer on the project, said the Times team that worked on the video also wanted to include quieter moments from the aftermath of the war: a young girl wanting to go back to school so she could help with the rebuilding effort; a musician wondering where he was going to get the money to replace his equipment; parents celebrating the birth of their newborn son, hoping he didn’t have to experience another war.

Soliman Hijjy, a video journalist based in Gaza, helped identify potential interview subjects and witnesses who captured the violence on their phones. With Ms. Al-Hlou and Mr. Collier, he went to great lengths to make sure every cellphone video they collected came directly from the source and had not been edited.

The team tracked down every source, visiting each in person to watch the footage on the person’s phone and confirm when and where it was taken. Mr. Collier also wore a GPS watch to every interview, recording satellite coordinates so he and Ms. Al-Hlou could crosscheck them with the locations of the attacks.

During the month that Ms. Al-Hlou and Mr. Collier were in Gaza, they contended with hourly electricity blackouts, unreliable internet and a shortage of potable water. Those are everyday realities for the roughly two million residents there whose movements in and out of the territory are restricted by Israel and Egypt, which shares a border with Gaza.

“The realities of living and working in Gaza are difficult,” Ms. Al-Hlou said.

In early June, as the team was finishing its reporting and getting ready to leave Gaza, the Israeli military carried out another round of airstrikes on the territory, sparking fear of another sustained conflict. It didn’t occur, but anxiety remained.

A formal cease-fire deal between Israel and Hamas has yet to be finalized.

“At any time,” Ms. Sarhan said, “another war can happen again.”