The Two-Pronged Approach Wineries Are Taking To Address Climate Change 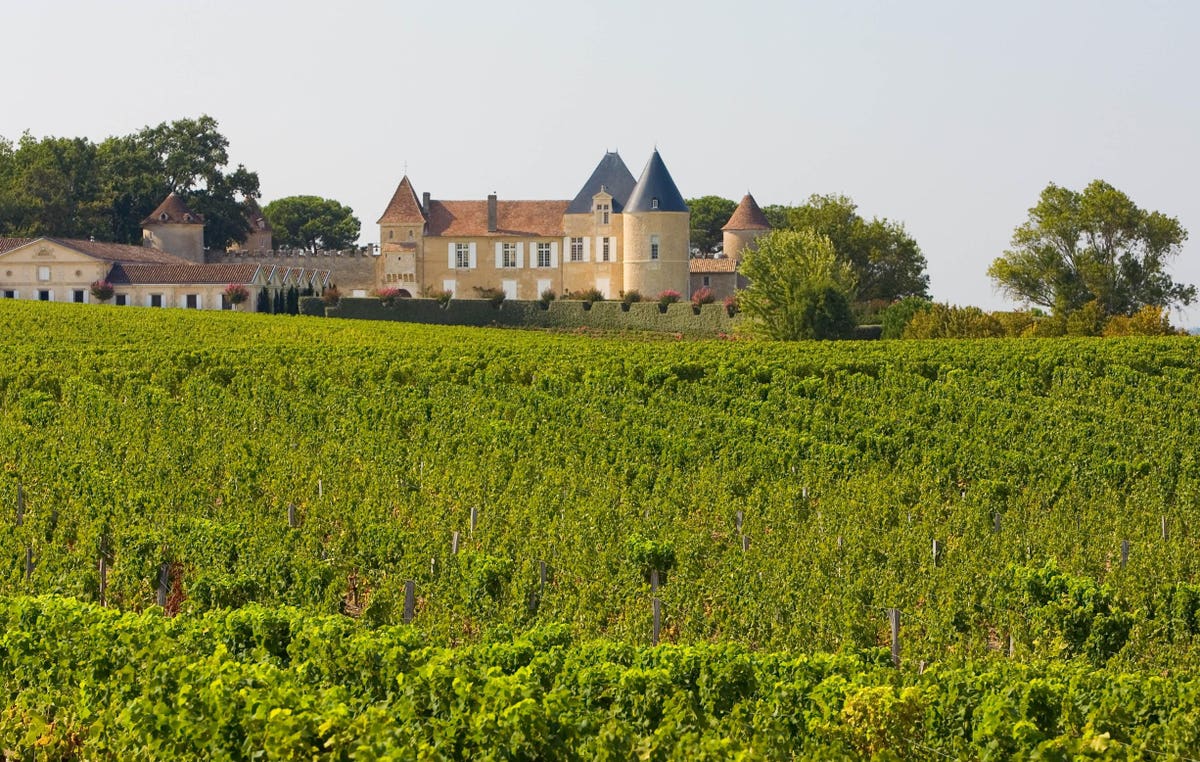 With the UN Report on Climate Change 2021 just released this week calling for a ‘code red for humanity’, the timing for the Bordeaux wine region to ramp up its environmental efforts couldn’t come any sooner. This is because wine grapes have long been considered “the canary in the coal mine,” in terms of notifying vineyard owners around the world that climate change is here and real.

Indeed, in a 2005 scientific report entitled Climate Change and Global Wine Quality, Dr. Greg Jones and his colleagues warned that the 2∘C warming environment would make some wine regions, such as Bordeaux, “exceed a climatic threshold such that the ripening of balanced fruit required for existing varieties and wine styles will become progressively more difficult.”

But Bordeaux vineyard owners could see this with their own eyes as the warming temperatures caused grapes to ripen 2 to 3 week earlier than in past decades, changing wine flavor profiles. Plus violent swings in weather patterns, such as increased frost, flooding, drought, and extreme heat, made farming the vineyards more challenging.

“We have been aware for many years that global warming will eventually lead to an inadequacy of certain Bordeaux grape varieties,” reported Laurent Rousseau, Owner of Vignobles Rousseau, located on Bordeaux’s Right Bank, “due to the future warmer and drier climate.”

Fortunately Bordeaux has been proactive in taking steps to combat climate change through a two-pronged approach:

According to the CIVB, in 2008, the Bordeaux wine industry made a commitment to reduce greenhouse gas emissions, and by 2013 had achieved a 9% reduction in its carbon footprint. Then in 2020 it set another goal to achieve a 20% reduction in greenhouse gases through energy savings, water reduction, and use of renewal energy.

Part of this implementation is by encouraging the more than 5600 wineries in the region, mostly family businesses, to obtain one of several environmental vineyard certifications. Two of these are organic and biodynamic certifications, where vineyard owners are not allowed to use pesticides and fertilizers that contain agri-chemicals – both contributing factors to global warming, according to a report on the Carbon Footprint of Wine.

Another certification is called Haute Valeur Environmentale (High Environmental Value), or HVE, where the whole vineyard system is certified. It includes reduction of water and fertilizer use, as well as biodiversity conservation and plant protection strategies.

Vignobles Rousseau was one of the first Bordeaux wineries to achieve the HVE certification. “We had the honor to be the first HVE in France,” said Laurent Rousseau. They are also certified as Terra Vitis, Agriculture Raisonnee and IFS Food – three additional certifications focused on environmental stewardship. “Our practices seem normal to us and are anchored in our genes,” said Rousseau.

So far the Bordeaux wine industry has managed to achieve a 65% certification rate for its vineyards, and is working hard to encourage the remaining 35% to adopt more stringent environmental standards.

The timing couldn’t be more opportune, because a recent report by Wine Intelligence showed that increasingly customers are seeking out environmentally friendly wines. Their statistics show that 76% of Generation Z; 89% of Millennials and 78% of GenXers are willing to pay more for sustainably produced wines.

According to Pauline Belvès, Chief of Communications at Bordeaux Family Wines, they have listened to the consumer and have adopted two different environmental certifications. “ We are attentive to the expectations of our customers who are sensitive to environmentally friendly production.” In addition they have focused on bringing more biodiversity to their vineyards by installing beehives, and creating a partnership with the Ligue de Protection des Oiseaux to protect birds and encourage bats – both of which can eat bugs and other pests in the vineyard, reducing the need for pesticides.

The second prong of Bordeaux’s environmental stewardship strategy is to adapt to climate change. Given that it is already a fact and that “each of the last four decades has been successively warmer than any decade that preceded it,” according to the UN 2021 Climate Change Report, Bordeaux has wisely approved the addition of 6 new grape varietals for the region.

These varieties include four red grapes: Marselan, Touriga Nacional, Arinarnoa, and Castets; and two white grapes: Alvarinho and Liliorila. Each can handle higher temperature and have shorter growing cycles, allowing them to adapt better to global warming changes in Bordeaux.

The Bordelaise are also making modifications in their farming techniques, such as reducing leaf pulling to protect clusters from sunburn, and harvesting at night. They are also delaying pruning, increasing vine trunk height, and reducing plant density – all measures to help the vines stay healthy in a warmer environment, yet still produce high quality wine.