The W.H.O. calls for a moratorium on Covid vaccine boosters to help each country get more people vaccinated. 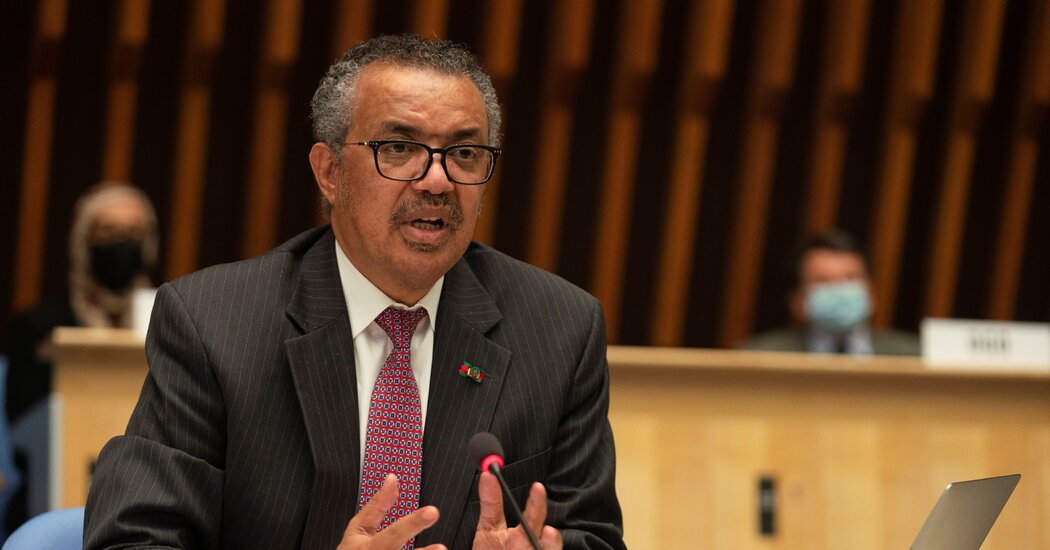 The World Health Organization called on Wednesday for a moratorium on coronavirus booster vaccinations until the end of September in order to focus help on each country vaccinating at least ten percent of their population, appealing to the world’s wealthiest nations to address dramatic disparities in global vaccination rates.

“I understand the concern of all governments to protect their people from the Delta variant,” said Tedros Adhanom Ghebreyesus, director general of the W.H.O. in a briefing. “But we cannot — and we should not — accept countries that have already used most of the global supply of vaccines using even more of it, while the world’s most vulnerable people remain unprotected.”

As the debate over booster shots has heated up, humanitarian groups have pressed the moral and scientific case for doses to be given first to vulnerable people in poorer nations. African countries have administered 5 doses for every 100 people, compared with 88 doses per 100 people in Europe and 85 in North America.

As deaths have surged in African nations in recent months, some health workers and elderly or vulnerable people have remained entirely unprotected. The urgency of vaccinating more people globally has only grown as the Delta variant has run rampant: Delta is considerably more contagious than other variants, and may also cause more severe illness.

That made it unacceptable, Dr. Tedros said, for millions of unvaccinated people who could not stay at home to go to work, exposed to transmission, while others in wealthier nations could be eligible for booster shots.

Scientists have still not come to a consensus on whether booster shots are necessary. But as worries emerge about continuing pandemic waves and future lockdowns, an increasing number of countries like Germany, Israel and France are preparing to give part of their population booster doses, or have already started.

The W.H.O.’s appeal on Wednesday largely put the onus of fixing the world’s vaccine gaps on the world’s wealthiest nations, saying that the leadership of G-20 countries would determine the course of the pandemic. Dr. Tedros asked health ministers of those countries, who are meeting ahead of a planned summit in October, to make “concrete commitments” to reach the organization’s global vaccination targets.

Wealthier nations have a clear incentive to fill vaccination gaps in a continuing crisis that has gripped every corner of the world, because the pandemic will not end “unless the whole world gets out of it together,” Dr. Bruce Aylward, a senior W.H.O. adviser, said on Wednesday. “With the huge disparity in vaccination coverage, we are simply not going to achieve that.”