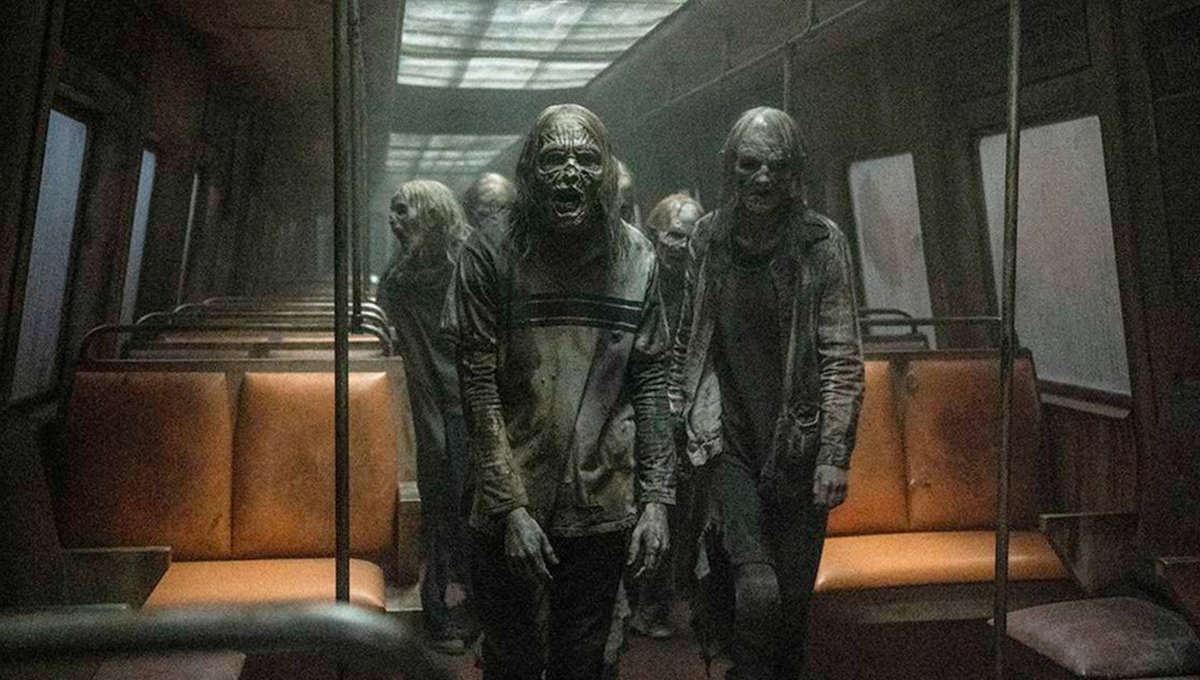 The Walking Dead returns later this month with the Season 11 premiere airing on August 22nd (or the 15th on AMC+). This is a two-part premiere, but episode 2 won’t land until the 29th. I’ve seen both, and I’m a little surprised that AMC didn’t release them both at once, as this really is a larger single episode cut into two halves.

I suspect that the reasoning here is that we only have 24 episodes left in total. Airing two at once would truncate the final season in a way; AMC understandably wants to every episode to count.

This review will contain only minor premise-setting spoilers so read on without worrying if I’m going to reveal some shocking death or something (AMC typically spoils big character deaths in advance these days anyways).

The title of the Season 11 premiere is “Acheron Part 1” with the second episode “Acheron Part 2.” Acheron is the name of “the river of woe” in ancient Greek mythology. It’s one of five rivers that intersect the underworld.

Here, Acheron is not a river. It’s a series of subway tunnels. Some of our heroes are making the journey from Alexandria to Maggie’s old settlement. Recall, during one of the bonus episodes between Season 10 and 11, the guy who ambushed Maggie (Lauren Cohan) and Daryl’s group. He’s one of the Reapers, the group that took out many of Maggie’s people.

With food and supplies scarce (not even stone soup to warm their bellies) some of the survivors decide the best way to get some food is to go after the Reapers who have all the supplies Maggie’s tribe left behind. The adventure leads them into the subways during a major lightning storm, through a series of broken down trains. It’s basically the Mines of Moria but with zombies instead of orcs.

The whole sequence is pretty terrific. It’s a very cool, creative setting for a show that has not always managed to create very interesting set-pieces. It calls back some of the earlier horrors of clearing houses and old abandoned buildings, and gives our heroes plenty of action to show off their combat skills—especially Daryl (Norman Reedus) who gets perhaps the coolest zombie-killing scene in The Walking Dead’s history.

Maggie and Daryl are joined in this adventure by Gabriel (Seth Gilliam) and Negan (Jeffrey Dean Morgan) as well as a handful of Maggie’s people. The tension between Negan and Maggie is visceral, though at one point I feel like the show takes it a little far. Look for my full recap/review of the episode here at Forbes for more on that. I won’t spoil it here.

Elsewhere, we get a glimpse into the outskirts of the Commonwealth, where Ezekiel (Khary Payton), Eugene (Josh McDermitt), Yumiko (Eleanor Matsuura) and Princess (Paola Lazaro) have been taken prisoner and are undergoing the initial screening process all newcomers endure.

This storyline involves getting to know a bit more about the workings of the Commonwealth, though only a bit. We meet Mercer, who we’ve already seen in at least one trailer. And we get lots more of each of these characters, all of whom are great in their own way—even though Eugene drives me crazy, he’s still one of the more complex characters this show written and McDermitt does a terrific job from start to finish.

I also really enjoy Princess who’s probably the best new character we’ve seen in The Walking Dead in a very long time. Then again, I actually enjoyed her solo bonus episode while many of my readers disagreed, so maybe it’s just me.

These two storylines, plus a rather gutsy intro to the Season 11 premiere, set up a pretty damn impressive introduction to Season 11. By the end of episode 2 I was left very much on the edge of my seat, eager to find out what happens next.

That’s something The Walking Dead has struggled to inspire even under the leadership of Angela Kang. The show has gotten so much better but I still find myself struggling to get excited about it. Season 11’s first two episodes have me excited for what’s to come.

I made a video review for the first two episodes as well. Watch it below:

Thanks for reading/watching and joining in the conversation!