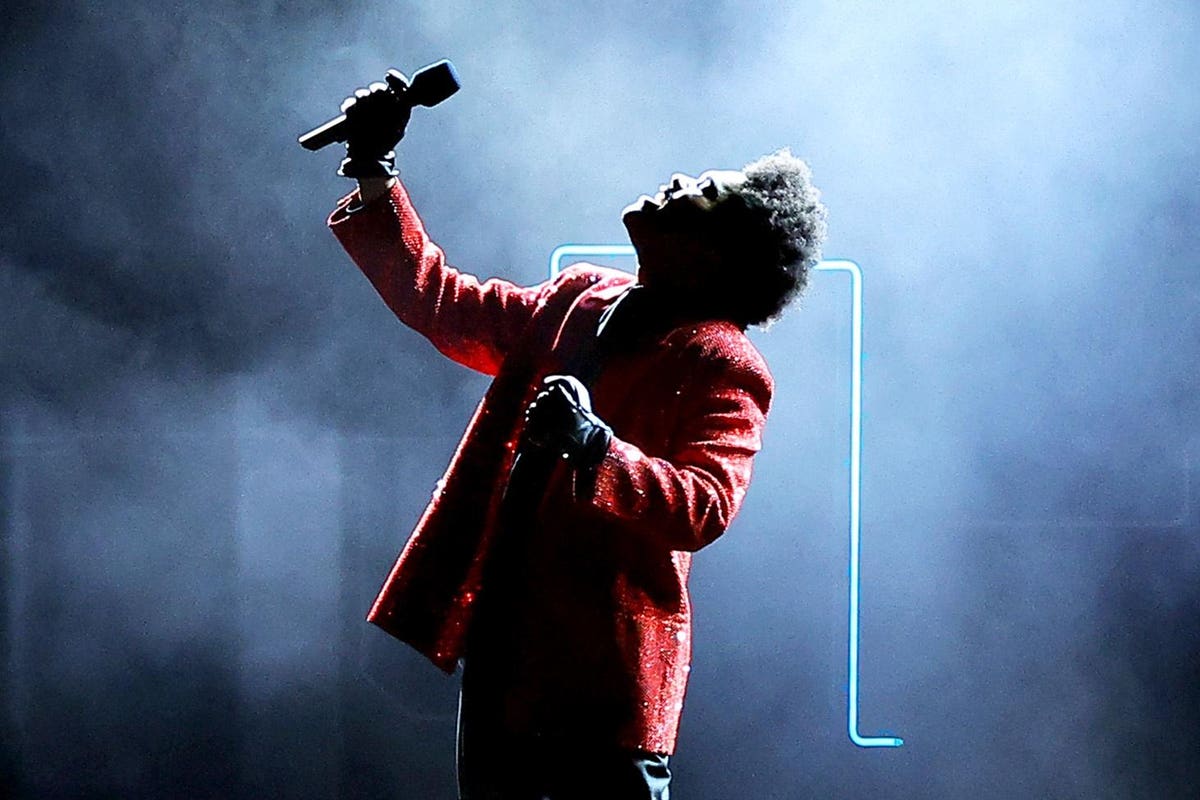 From the moment The Weeknd released his single “Blinding Lights,” it was clear he had created something really special, but few could have predicted just how massive the tune would become. Now, after months of standing as one of the biggest hits in America, the electro/pop/R&B hybrid has officially broken one of the most unreachable, untouchable and most impressive Billboard records there is.

“Blinding Lights” falls four spots to No. 18 on the Hot 100 that will be published tomorrow (August 17), and by finding space on the chart for one more frame, the track breaks the all-time record for the most weeks spent on Billboard’s most competitive weekly ranking of the most-consumed songs in the U.S. The chart-topper has now lived on the Hot 100 for 88 consecutive weeks, and it’s the first title to make it to that milestone. Last week, The Weeknd’s biggest single tied Imagine Dragons’ “Radioactive” with 87 spins on the list, but now they are no longer on the same level as one another.

“Blinding Lights” was first released in November 2019, just a few days after the Canadian superstar dropped “Heartless,” the first proper single from his recent album After Hours. The cut didn’t take long to find its way to the Hot 100, but it did require some work to make it a proper smash. “Blinding Lights” didn’t hit No. 1 on the chart until April 2020, when it replaced Roddy Ricch’s “The Box” in first place. The cut lived in the ranking’s penthouse for four non consecutive turns, only stepping aside as Drake’s “Toosie Slide” debuted atop the tally and then began to fall from the summit.

The Weeknd’s multi-genre song was a massive hit on many different radio formats and was also a sales juggernaut, and all that attention helped it remain present on the Hot 100 for as long as it has. The track is still being played non-stop, and it currently sits at No. 14 on the all-genre Radio Songs chart.

Along the way to today’s milestone moment, “Blinding Lights” broke the records for the most weeks spent inside the top five, top 10, top 20 and top 40.

Despite the song’s immense popularity, it wasn’t a given that “Blinding Lights” would go on to become the Hot 100’s longest-running hit, due to a rule Billboard has in place that could have ended its historic run at nearly any point. The company has a stipulation called the recurrent rule that removes tracks that have been present anywhere on the list for 20 weeks if they fall below No. 50. Once a tune reaches a full year on the list, it can’t dip below No. 25, lest it be forcibly taken off the roster, likely for good.

This rule means that “Blinding Lights” could disappear from the Hot 100 very soon…but nothing is certain. There have been many points throughout the past several months when it looked like the tune was about to meet its end, but that never happened, so there’s no telling when it might finally vanish for good, ending its history-making winning streak.