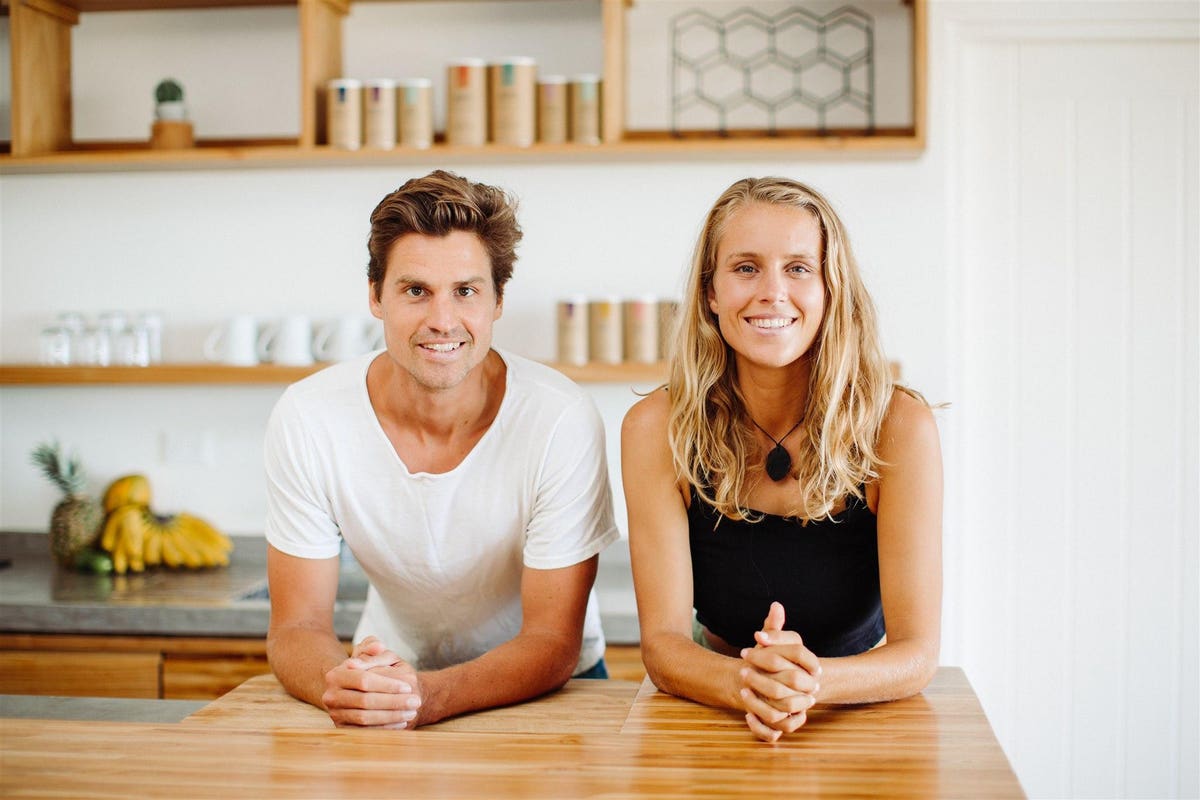 “I was like, ‘What is wheatgrass? What is barley grass? No idea.’ But when I started using them, I felt so much better,” Kuech, now 32 recalls.

Once cancer-free, the couple decided to bring their recovery mix to the masses, developing superfood powders in their Amsterdam apartment before launching Your Super in 2014. Since then, the cofounders (de Groot is CMO and Kuech, CEO) have grown their team to 120 employees and raised $18 million in funding led by Beyond Meat-backers Power Plant Ventures. They say their energy-boosting mixes—which come in flavors ranging from acai and banana to maca and guarana—generated $70 million in revenue last year, a 3,900% increase since 2017.

Your Super’s growth story is illustrative of the health food industry trend toward dehydrated products. Legacy and new age companies alike are introducing these versions of pantry staples such as Trader Joe’s powdered peanut butter and Sakara Life’s Protein + Greens powder, both of which can be whipped into smoothies, oatmeal and other foods. The global powdered superfoods market (a marketer-made term to denote nutrient-dense foods) is expected to grow at a compound annual rate of 9% from 2021 to 2025 to $31.2 billion, according to Research and Markets’ report.

Sold largely direct-to-consumer, though its products are also in Target, Whole Foods and specialty boutiques nationwide, certified B-Corp Your Super has been able to soar from the super-crowded superfood space with its supply chain transparency and good-for-consumers, good-for-the-world promise. For each Your Super purchase, the company donates one of its snack food bars to someone in need. The company also attributes its growth to consumers’ increased focus on health as a result of the Covid-19 pandemic. “Coming out of Covid, there are two sets of people: one set struggled with healthy eating at home. Another set said, ‘Okay, if this is happening, I need to eat healthy; I have to keep my immune system up,’” remarks Kuech. “With those two types, we’ve seen growth, and continuing growth.”

After bringing their product to farmers’ markets in Germany and Holland in 2015, de Groot and Kuech took to the internet and began shipping mixes around Europe. Without any marketing targeting U.S. consumers, they found 10% of their audience was based in North America.

“We were just doing some influencer marketing, and the U.S. consumers figured it out,” says Kuech. “We called our customers and asked: ‘Why are you ordering from us in Berlin? You have to wait four weeks, pay $25 shipping, it doesn’t make any sense.’” Through these conversations, the cofounders learned that the U.S. customers were willing to wait and pay more for Your Super’s purity and sourcing transparency. And so, de Groot and Kuech packed their bags and moved to Los Angeles to capitalize on their American fandom.

Superfood powders should not serve as a substitute for whole food nutrition and not all powders are created equal, cautions nutritionist Melissa Halas, MA, RD, CDE. “Everybody needs to eat more plant-based whole foods that are closer to nature, but powders can give you a boost—antioxidants, fiber, vitamins and minerals,” she says. “Nutrition is about making sure you’re getting foods from a wide variety of substances—the same thing goes for a supplement: make sure it’s recommended by someone who is vetting them.”

Your Super’s dehydrated mixes aren’t going to replace instant ramen any time soon. A seven-ounce can—40 servings—of Your Super’s Super Green mix costs $34.90, making the cost prohibitive for many customers. Yet, de Groot and Kuech note that only about 30% of their customer base is located on the West and East coasts—the remaining 70% make home in the middle of America, and hail from varied socioeconomic backgrounds. “We hear so many stories of customers who are going through the same thing that [Kuech] went through, and it seems to be coming out of it, where you’re cancer-free and anything but healthy—and there’s a moment where you say, ‘let’s change things,’ and you realize how can change your diet and quickly feel good,” says de Groot.

Looking ahead, the company plans to expand its Los Angeles-based workforce by 10 before the year’s end. In this time, Your Super will also launch a coffee alternative with lupin and chaga called Super Brew. As for de Groot and Kuech personally, they’ll be turning their 13-year courtship and cofounderdom into marriage in October. Says Kuech, “We met on a tennis court and never looked back.”