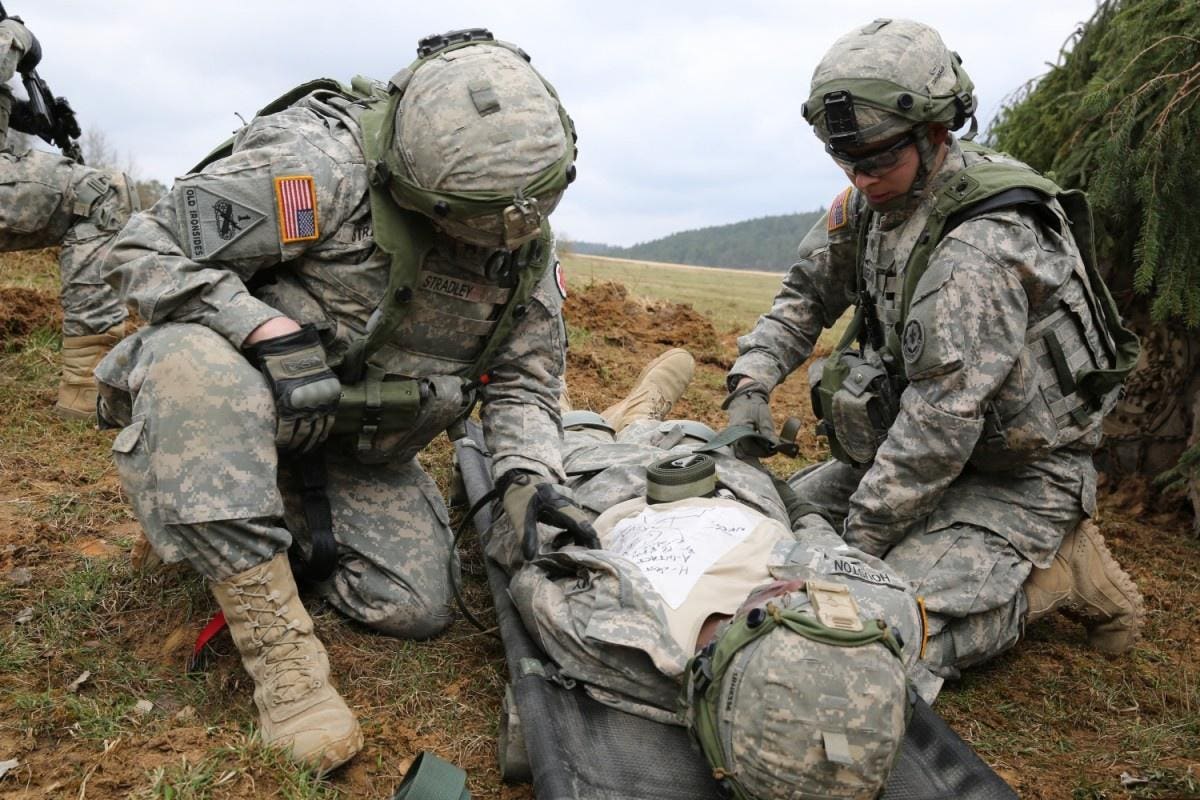 It should come as no surprise that blood hemorrhaging is a leading cause of preventable death for Soldiers in combat. But the Army Research Laboratory (ARL) is providing technical oversight for a new kind of gel which can stop bleeding without the negative side effects that come with a tourniquet or other time-tested methods.

It could be in the hands of Soldiers and Marines in as little as five years from now – a relative heartbeat by typical medical and FDA certification certification standards – thanks to its simplicity.

The gel, which goes by the name of Statbond, is based on a proprietary silicon-like formulation developed by Hybrid Plastics Inc, a chemical and nanotechnology developer and manufacturer based in Hattiesburg, Mississippi.

A compound called Polyhedral Oligomeric Silsesquioxane (POSS) is the central ingredient in Statbond which would be applied to a wound much in the same way you’d squeeze toothpaste out of tube.

“You’d have an applicator, sort of like a syringe but with a polymer tip. You squeeze [the gel] out into the wound site. Its roughly the consistency of molasses,” says Dr. Robert Mantz, a chemistry branch chief with ARL and program manager for Statbond.

“It basically spreads into the wound and facilitates blood clotting. It doesn’t cure, it doesn’t harden, it doesn’t react with anything,” Dr Mantz adds.

Such qualities are highly desirable. Treatments like wound-filling foams or polymers have been tried before but they tend to cure. By the time a wounded soldier makes it to a field hospital or operating room, such appliques need to be cleaned out of the tissue. If sticky or flaky, cleaning extends the time needed to treat a wound before surgery.

“As you’re removing these, you can dislodge the clot that has formed,” Mantz explains. “They might burn some of the surrounding tissue. All you have to do with this gel is wipe it out with a gauze and anything that’s left is absorbed by the body over time.”

Statbond is also appealing because it can be effective where traditional means of staunching blood flow aren’t.

Tourniquets and standard dressings rely on compression to slow uncontrolled arterial bleeding, preventing critical blood loss. But parts of the body like the groin, trunk, armpit, neck and internal organs either can’t be effectively compressed or may suffer further damage from compression.

Currently, there is no battlefield treatment for such bleeding because these injuries are not responsive to the compression treatments used by soldiers and medics.

“You can’t put a tourniquet on around the neck, the groin or the chest,” Dr. Mantz affirms. “We put gauze and bandage on and try to wrap it up to apply some pressure without affecting a person’s ability to breathe or maintain consciousness.”

Squirted into a wound and covered with a bandage, Statbond has demonstrated the ability to stop blood flow and initiate clotting in clinical studies. It does not have an antiseptic component in the interest of simplifying and speeding its certification.

“We’re looking at something as simple as possible and, as we like to say, as soldier-proof as possible. They can apply this easily and not make the situation worse,” Mantz says.

With funding from the Defense Health Agency/ARL, Hybrid Plastics and co-developers, the University of Mississippi Medical Center, Vanderbilt University and Ichor Sciences have begun walking Statbond up the FDA certification ladder.

Testing with human-representative mammals is just getting underway and vetting of Hybrid Plastics’ production process has begun as well. So far, its progress appears to be refreshingly straightforward.

“I hate to say everything looks routine without jinxing it,” Dr. Mantz quips, “but right now it looks very promising.”

“We focus on funding basic research which usually means there’s a long timeline before that science will be implemented. Occasionally, we have the opportunity to transition something to give the soldier an edge, that’s always rewarding. Frankly it doesn’t happen that often.”