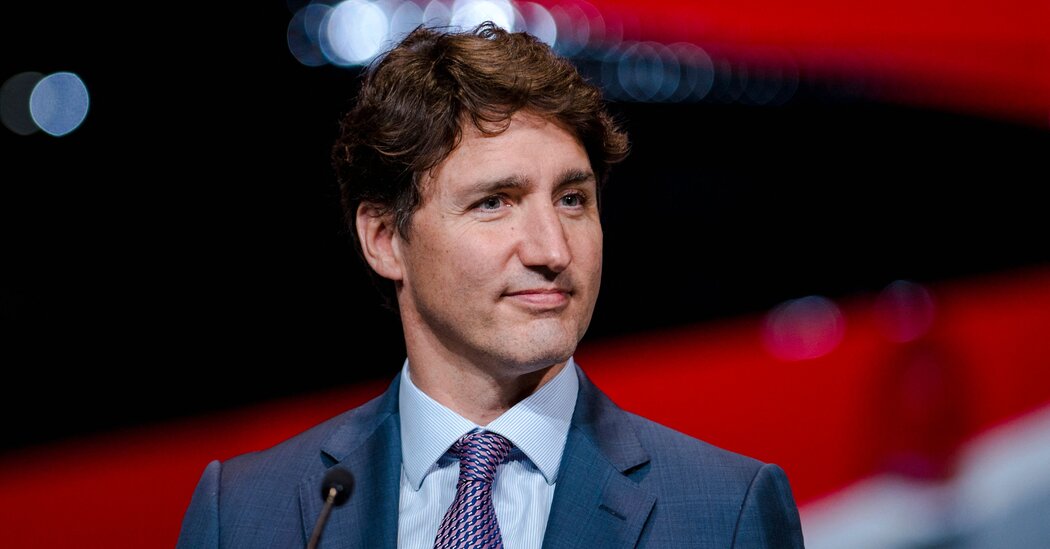 OTTAWA — Prime Minister Justin Trudeau is considering dissolving Parliament, perhaps as soon as Sunday, to set Canada on a path for an election in late September. Such a move has been widely anticipated and would signal his confidence that voters will return him to power after three consecutive campaigns.

If called, the election would come less than two years after the previous vote and at a time when coronavirus cases are rising in many parts of the country, leading health officials to declare that a fourth wave is underway. Mr. Trudeau could have waited until 2024 to call an election.

Officials in Mr. Trudeau’s government and his Liberal Party have been told to prepare for the prime minister to request the dissolution on Sunday from Governor General Mary Simon, Queen Elizabeth’s representative as head of state. Their understanding is that the vote will be held on Sept. 20, after the minimum period for campaigning by law.

The final decision on timing rests with Mr. Trudeau, and on Friday it was not clear if it had been made. Mr. Trudeau’s office declined to comment.

For several weeks, Mr. Trudeau, prominent members of his cabinet and the leaders of the main opposition parties have been making campaign-style appearances throughout the country. Over the past few months, several politicians have announced their retirements, also a signal that a vote was looming.

Mr. Trudeau appears to be gambling that the government’s generally well received measures, particularly on financial support to Canadians and Canadian companies and vaccine procurement, will return his government to office with a majority in the House of Commons. His Liberal Party won the most seats in the 2019 election, 157, but fell short of a majority in the 338-seat house, leaving him to rely on the support of opposition parties to pass legislation.

Polls show the Liberals with enough support to return to power but not necessarily with a majority. Mr. Trudeau may be hoping that his noted campaign skills and celebrity image may still turn that around.

Erin O’Toole, the leader of the Conservative Party, the largest opposition group, has struggled to attract attention and win support during his first year in that role.

Lori Turnbull, a professor of political science at Dalhousie University in Halifax, Nova Scotia, said that waiting to go to the polls could also bring risks for Mr. Trudeau.

“Canada’s been great at managing the spread of Covid-19,” she said. “We didn’t see the kind of crisis situation develop that developed in other places like within the U.S.”

“Trudeau wants to ride the Liberal’s record into this election,” she said. “But if you let too much time go by, voters forget about what you’ve done for them.”