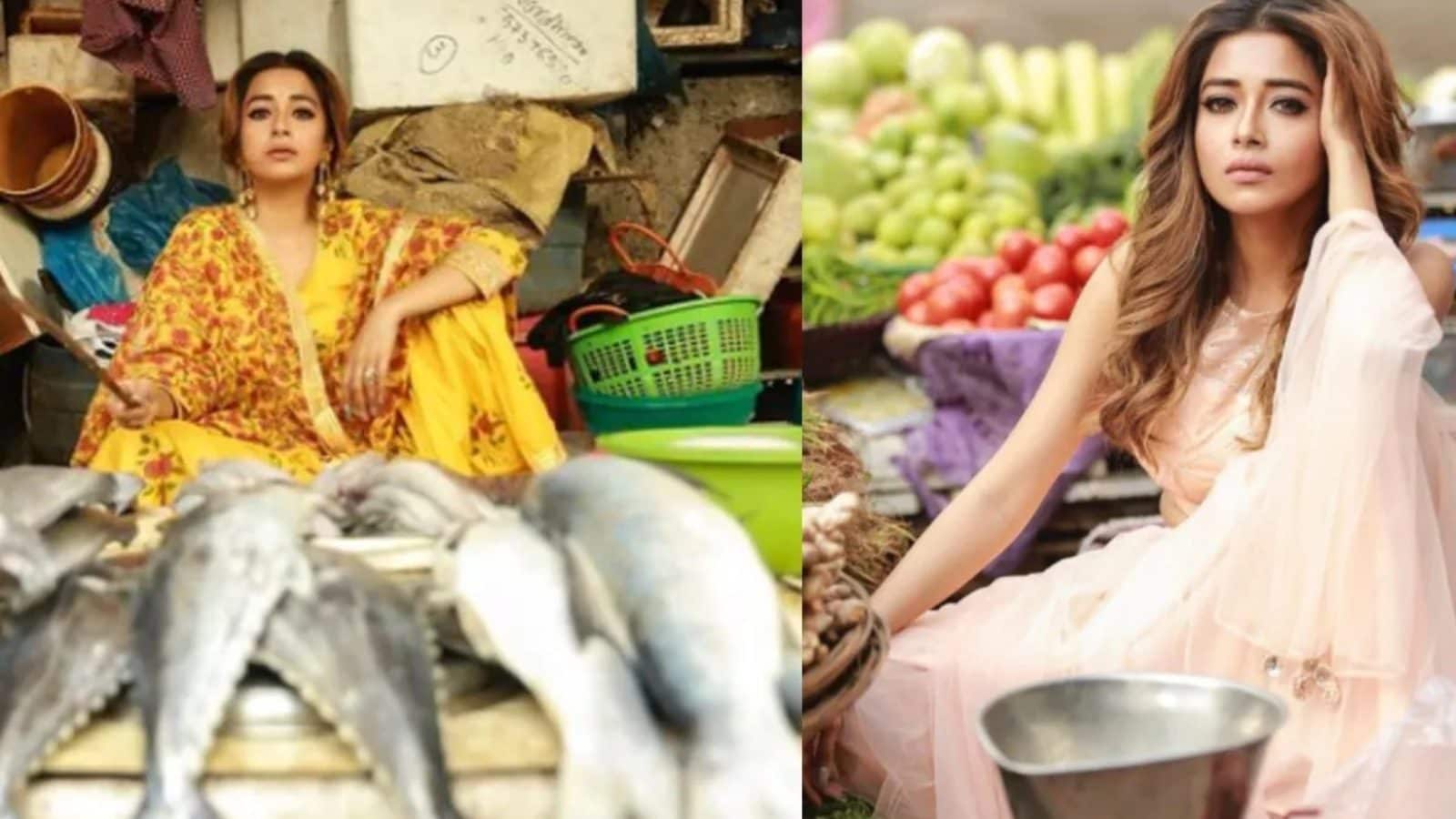 Wearing a traditional yellow suit, she is clicked managing a fish stall.

In June, Tina had shared her topless pictures following which she was abused by trolls.

TV actress Tina Datta, who rose to fame with soap opera Uttaran, has been making waves on the internet. The 29-year-old enjoys a healthy following of more than 2.7 million users on Instagram where she recently dropped her topless pictures. The former Khatron Ke Khiladi contestant gave another surprise to her fans with her new photoshoot. Tina, however, chose an unusual place for the photoshoot, as she landed in a fish market of Maharashtra.

Wearing a traditional yellow suit, she is clicked managing a fish stall. Tina collaborated with celebrity photographer Amit Khanna for this photoshoot. “Anyone want to guess what’s this one for?”, the actress said in the caption leaving her fans to think whether the pictures are simply for a photoshoot or some new project is brewing. She also added a hashtag #Issomethingnewcooking.

While she has become a fish seller in the latest pictures, Tina had previously taken the role of a vegetable seller in collaboration with Khanna.

In June, Tina had shared her topless pictures following which she was abused by trolls. She dropped a set of pictures on Instagram where she was seen in nothing but multicolour shorts. Tina later took to her Instagram Stories where she revealed that when she complained to the cyber police against one such troll, he quickly changed his tone and started apologising to her. Tina later deactivated comments on this post.

Professionally, Tina was last seen in ZEE5 web series Naxalbari last year. She also featured in the 14th season of Bigg Boss as a special guest. However, she is still known for her role of ‘Ichha’ in Colors TV show Uttaran which went on to air for almost seven years from 2008 to 2015. Later on, she also became a part of mythological show Shani and supernatural horror series Daayan.