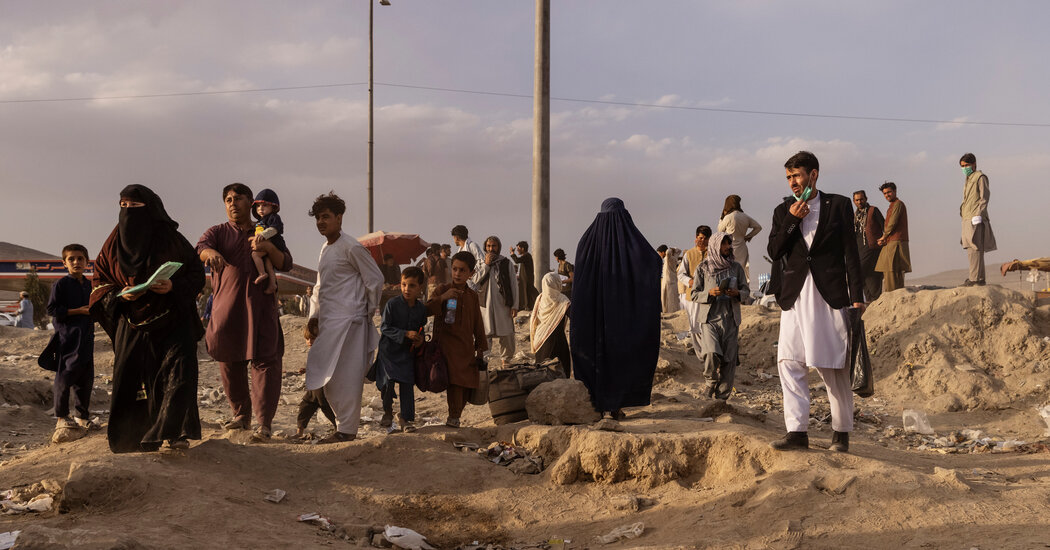 Two members of Congress secretly flew to Kabul without authorization on Tuesday to witness the frenzied evacuation of Americans and Afghans, infuriating Biden administration officials and prompting Speaker Nancy Pelosi to urge other lawmakers not to follow their example.

The two members — Representatives Seth Moulton, Democrat of Massachusetts, and Peter Meijer, Republican of Michigan, both veterans — said in a statement that the purpose of their trip was “to provide oversight on the executive branch.” Both lawmakers have blistered the Biden administration in recent weeks, accusing top officials of dragging their feet on evacuating American citizens and Afghan allies.

“There is no place in the world right now where oversight matters more,” they said.

But administration officials were furious that Mr. Moulton and Mr. Meijer had entered Afghanistan on an unauthorized, undisclosed trip, arguing that efforts to tend to the lawmakers had drained resources badly needed to help evacuate those already in the country.

The trip was reported earlier by The Associated Press.

Mr. Moulton and Mr. Meijer said that they had left Afghanistan “on a plane with empty seats, seated in crew-only seats to ensure that nobody who needed a seat would lose one because of our presence,” and that they had taken other steps to “minimize the risk and disruption to the people on the ground.” They were in Kabul for less than 24 hours.

Still, Ms. Pelosi warned other lawmakers on Tuesday night not to do the same.

“Member travel to Afghanistan and the surrounding countries would unnecessarily divert needed resources from the priority mission of safely and expeditiously evacuating Americans and Afghans at risk from Afghanistan,” Ms. Pelosi wrote in a letter. She did not refer to Mr. Moulton and Mr. Meijer by name.

In their statement on Tuesday night, the congressmen sharpened their criticism of the administration’s handling of the evacuation, saying that “Washington should be ashamed of the position we put our service members in” and that the situation they had witnessed on the ground was more dire than they had expected.

“After talking with commanders on the ground and seeing the situation here, it is obvious that because we started the evacuation so late,” they wrote, “that no matter what we do, we won’t get everyone out on time.”