Two of 17 Kidnapped Missionaries in Haiti Are Freed, Group Says 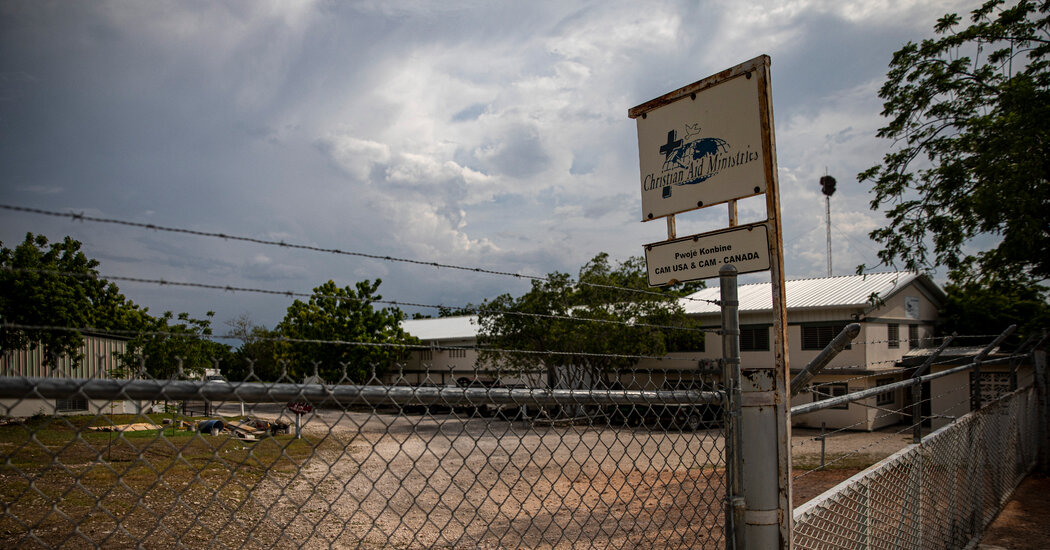 Two people associated with an American missionary group seized in a mass kidnapping in Haiti more than a month ago have been released, the organization said Sunday.

The hostages were among 17 people kidnapped by a notorious Haitian gang on Oct. 16 as they paid a visit to an orphanage outside the capital, Port-au-Prince.

In announcing that two of them had been released, the Ohio-based Christian Aid Ministries urged discretion to protect those still in the hands of the gang members.

“We cannot provide or confirm the names of those released, the reasons for their release, where they are from, or their current location,” the group said. “We ask that those who have more specific information about the release and the individuals involved would safeguard that information.”

The group, which included 16 Americans and one Canadian, had been working with Christian Aid Ministries before being abducted by one of Haiti’s most fearsome gangs, 400 Mawozo, which is infamous for orchestrating mass kidnapping.

The gang initially demanded a ransom of $1 million per person, but that was widely viewed as a start to the negotiations that are common in kidnappings in Haiti. It was not immediately clear how much money, if any, was paid.

The mass kidnapping of more than a dozen American citizens, five children among them, set off an international furor, with U.S. lawmakers condemning the violence in Haiti, and the F.B.I. and the State Department working with the local authorities to win the missionaries’ freedom.

Mass abductions have become commonplace in Haiti, but the brazen kidnapping in broad daylight shocked even local officials and residents accustomed to gang-fueled violence, a further sign of the country’s growing lawlessness.

Security in the country has broken down in the wake of numerous natural disasters and political crises, including the assassination in July of President Jovenel Moïse. Violence has overwhelmed much of the capital, and by some estimates, powerful gangs now control about half the city.

The gangs, armed and often with political backing, have long been part of the country’s social fabric, but after Mr. Moïse’s killing, they have turned more assertive, taking control of vast swaths of territory.

A magnitude 7.2 earthquake struck Haiti in August, deepening the devastation of a country that has yet to recover from a tremor in 2010 that killed more than 200,000 people. Rescue efforts this summer were initially hampered by security concerns, and aid flowed freely only after gangs that controlled a highway connecting the southern peninsula to the rest of Haiti declared a truce. A severe storm followed days later.

The surging gang violence has prompted peaceful protests of late, with groups in towns and cities demanding a government response. Some blockaded roads and set tires on fire, a common protest symbol in Haiti.