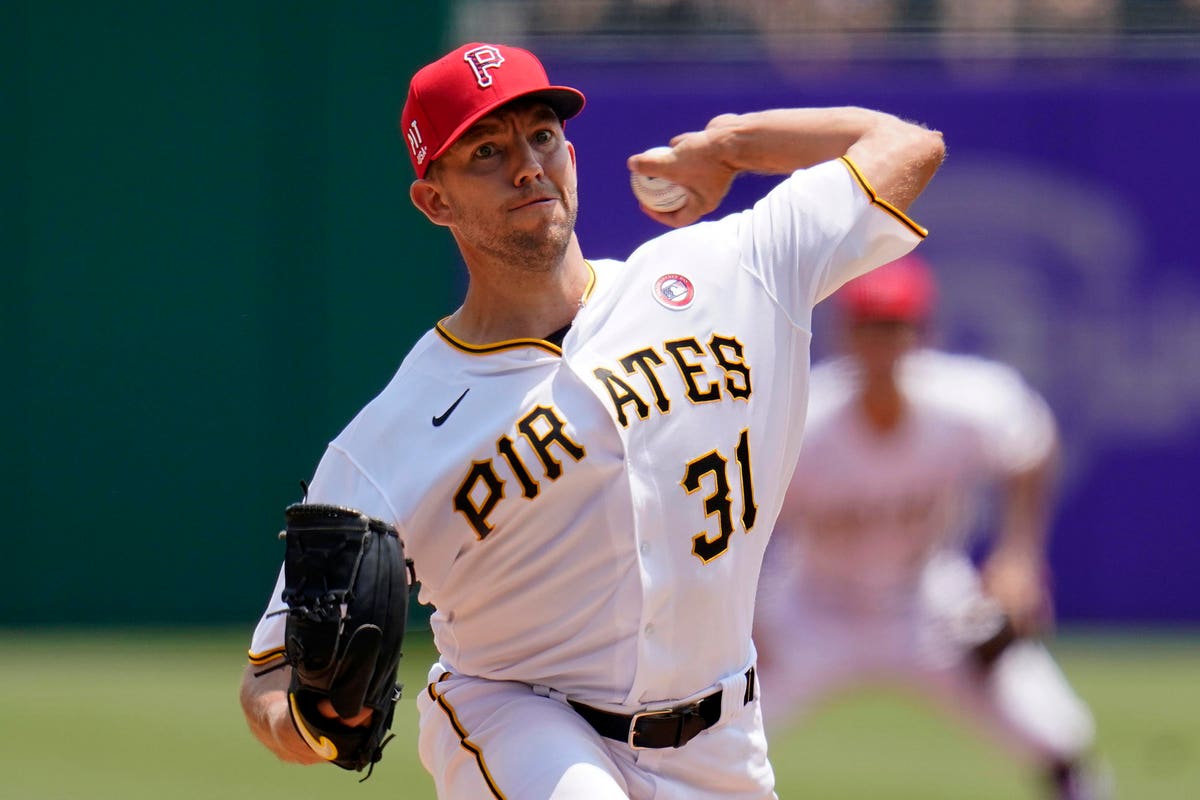 History says there will be plenty of twists and turns between now and 4 p.m. ET Friday when the Major League Baseball trade deadline passes.

Yet no player is likely to have more of a roller coaster ride over these next few days than the one veteran left-hander Tyler Anderson endured Tuesday.

Anderson’s wacky day ended with being traded from the Pittsburgh Pirates to the Seattle Mariners. However, a lot of weird stuff happened on his way to becoming the newest member of the Mariners’ starting rotation.

Anderson arrived at PNC Park in Pittsburgh around 3:30 p.m. and walked from the player’s parking lot underneath the right field stands to the Pirates’ dugout and then down the tunnel and up the steps to the clubhouse.

It was assumed Anderson would be taking the mound about 3 ½ hours later to face the National League Central-leading Milwaukee Brewers in the opener of a three-game series. The 31-year-old was Pittsburgh’s listed starter.

However, about 15 minutes later, Pirates manager Derek Shelton said during his pre-game Zoom call with the media that Anderson would not be pitching. Shelton said he could not give a reason for the change of plans.

Word quickly spread that Anderson was headed out of town. Multiple reports said the Pirates had agreed to trade him to the Philadelphia Phillies for a pair of minor leaguers, right-hander Cristian Hernandez and catcher Abraham Gutierrez.

Yet there was no official announcement of the trade. Making matters even more curious was that Anderson then went to the bullpen about 90 minutes before the game’s scheduled 7:05 p.m. start and threw a side session while wearing Pirates’ gear.

It turned out the Pirates were wary about the condition of Hernandez’s arm after exchanging medical records with the Phillies and decided to back out of the deal.

Looking for pitching help as they chase the first-place New York Mets in the NL East, the Phillies had already planned on Anderson making his first start for them Thursday afternoon against the Washington Nationals in Philadelphia. So much for that.

The Pirates, meanwhile, went ahead with their Plan B of having rookie right-hander Luis Oviedo make his first major league start. It turned out to be a disaster as he was rocked for eight runs in one-plus innings, needing 59 pitches to record just three outs as the last-place Pirates were routed 9-0.

Meanwhile, Anderson watched the entire game from the dugout and could be seen on the top step leaning against the railing in the ninth inning.

Not long after the game ended and Anderson had declined interview requests, reports began to surface that he was on the verge of being dealt to the Mariners, surprise contenders for an American League wild card playoff spot.

It was the rebuilding Pirates’ third trade in three days after dealing All-Star second baseman Adam Frazier to the San Diego Padres on Sunday and shipping reliever Clay Holmes to the New York Yankees on Monday. The youth movement continues full force.

As for Anderson, it is hard to imagine him ever experiencing a stranger day in his baseball career.