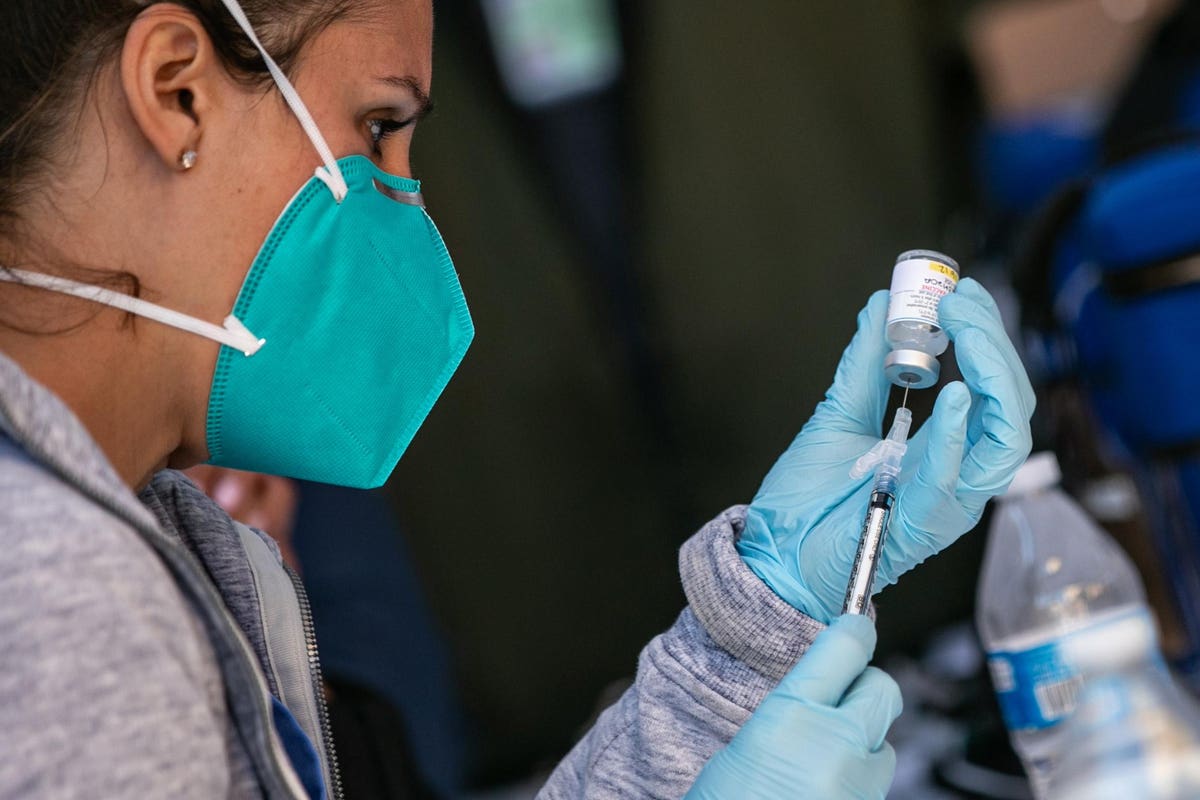 The number of Americans lining up for Covid-19 vaccine shots on a daily basis has stayed fairly constant over the last week following a precipitous drop in vaccinations for almost a month, as the country’s focus shifts to inoculating teenagers and persuading hesitant adults.

The United States has averaged around 1.9 million vaccination shots per day over the last seven days, a drop of just 3% from one week ago, according to Centers for Disease Control and Prevention data that includes both first and second doses.

By comparison, daily vaccinations plummeted 22% in the first week of May, and 10% per week in the latter half of April, a steep decline after months of acceleration.

Daily vaccinations are still down more than 40% from their mid-April peak, when nearly 3.4 million first and second vaccine doses were reported every day.

156.2 million. That’s how many Americans have received at least one coronavirus vaccine dose, covering 47.1% of the total population, according to the CDC.

The CDC’s data lags behind real-world vaccinations by at least 48 hours, so actual day-to-day counts vary from the daily reports issued by the CDC.

Teenage vaccinations. Federal regulators authorized Pfizer’s vaccine for 12- to 15-year-olds earlier this week, meaning daily vaccinations could stabilize in the near future as many children become eligible for the first time. Just 3.9% of Americans under 18 have received at least one vaccine dose so far, up 0.6 points from a week ago, so this expansion in eligibility probably hasn’t shown up in the CDC’s data yet.

Daily vaccinations in the United States jumped tenfold from the beginning of this year to the middle of April. But since then, the campaign has slowed down considerably, causing some experts to warn the United States could struggle to establish herd immunity, the threshold at which the coronavirus no longer spreads freely because many people are immune. Demand for vaccines has decreased with 59.4% of adults having already received at least one shot, and around a quarter of all Americans still tell pollsters they’re unwilling to take the vaccines, causing officials to redirect their energy to convincing hesitant people to change their minds. Plus, Johnson & Johnson’s vaccine was taken offline for more than a week last month while regulators looked into rare reports of blood clots, and that vaccine’s daily rate still hasn’t recovered, according to data compiled by the New York Times.