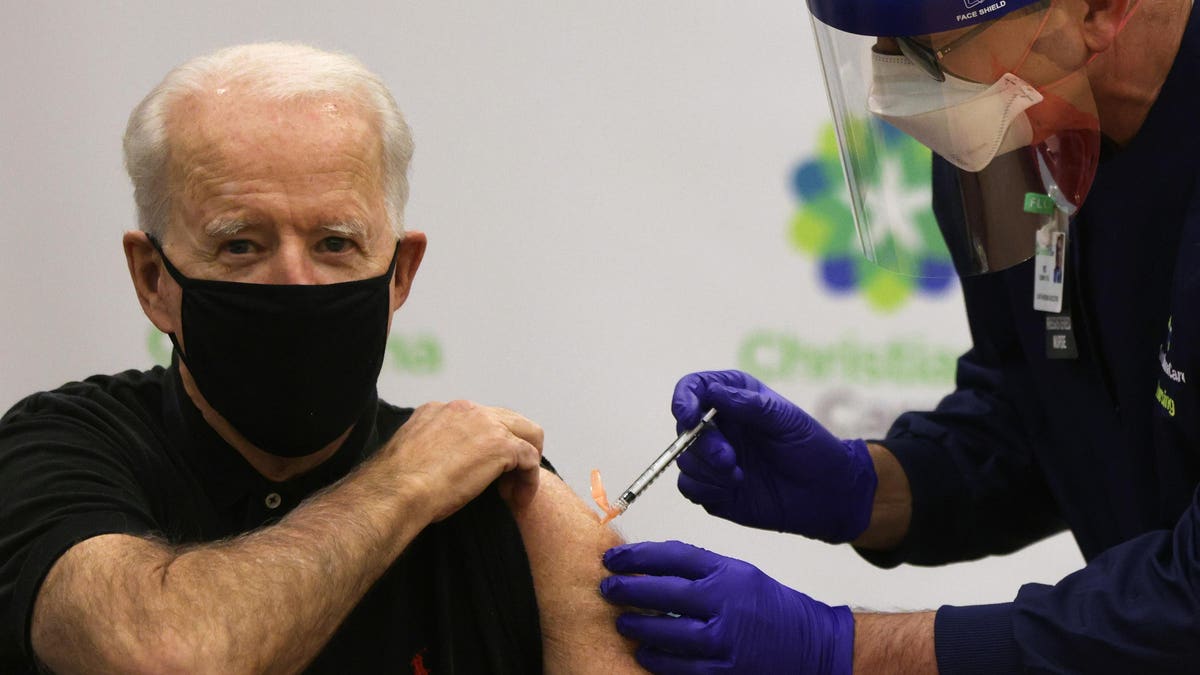 The U.S. has surpassed its long-awaited goal of getting at least one coronavirus vaccine dose to 70% of Americans, the White House announced Monday—but a majority of states have yet to hit the target, with many battling concerning surges in Covid-19 as their inoculation rates lag.

Thirty states have fallen behind the 70% national vaccination rate and nearly a dozen have still yet to crack 60%, according to data compiled by The New York Times.

Pulling up the rear is Mississippi, where just 50% of adults have had at least one shot, followed by Wyoming, Louisiana, Alabama, Idaho and West Virginia, which all have fewer than 55% of residents partially vaccinated.

All of these states saw an increase in hospitalizations over the past two weeks, with Louisiana, Alabama, South Carolina, Mississippi, Georgia and Tennessee reporting some of the biggest jumps in the country at over 100% (Louisiana and Alabama were nearly double that).

Furthermore, some of the states furthest from the goal—Mississippi,  Louisiana and Arkansas—are leading the country with roughly a third of their ICU beds taken up by coronavirus patients, according to Department of Health and Human Services data, while Idaho, Georgia and Alabama have at least one in five beds occupied.

Among the 17 other states at varying distances from Biden’s goal, 10—Florida, Kentucky, North Carolina, Texas, Oklahoma, Wisconsin, Alaska, Montana, Nebraska and Kansas—saw hospitalizations increase by at least 50% over the past two weeks.

On the other end of the spectrum, Vermont, Hawaii, Massachusetts and Connecticut have all partially vaccinated at least 80% of their residents. Aside from Hawaii, they have also all hit a 70% full inoculation rate, a milestone also reached by Maine, New Jersey and Maryland. None of these states have more than 10% of their ICU beds in use for Covid-19.

All 20 of the states that surpassed Biden’s goal voted for him in the 2020 election: Vermont, Hawaii, Massachusetts, Connecticut, Maine, New Mexico, New Jersey, Rhode Island, Pennsylvania, Maryland, California, Washington, New Hampshire, New York, Illinois, Virginia, Delaware, Colorado, Minnesota and Oregon. A reflection of the political divide of the vaccine rollout, the states with the lowest inoculation rates are overwhelmingly red, with just 3 not won by former President Donald Trump in the last election.

The Biden Administration originally aimed for 70% of adults to have at least one shot of a Covid-19 vaccine by July 4. However, public health officials soon after deemed that target unlikely as vaccinations plummeted nationwide after a peak in mid-April. By July 4, just 18 states had reached Biden’s goal, and the country was 67% partially vaccinated. The spread of the more infectious Delta variant—which is driving concerning surges in new cases and hospitalizations—has increased the urgency of calls for vaccination in the month since. The national vaccination rate has steadily increased over the past few weeks, from an average of just over half a million in mid-July to 673,000 doses administered per day as of August 2, according to a tracker run by the Washington Post.