Uganda takes in evacuees from Afghanistan, honoring a U.S. request. 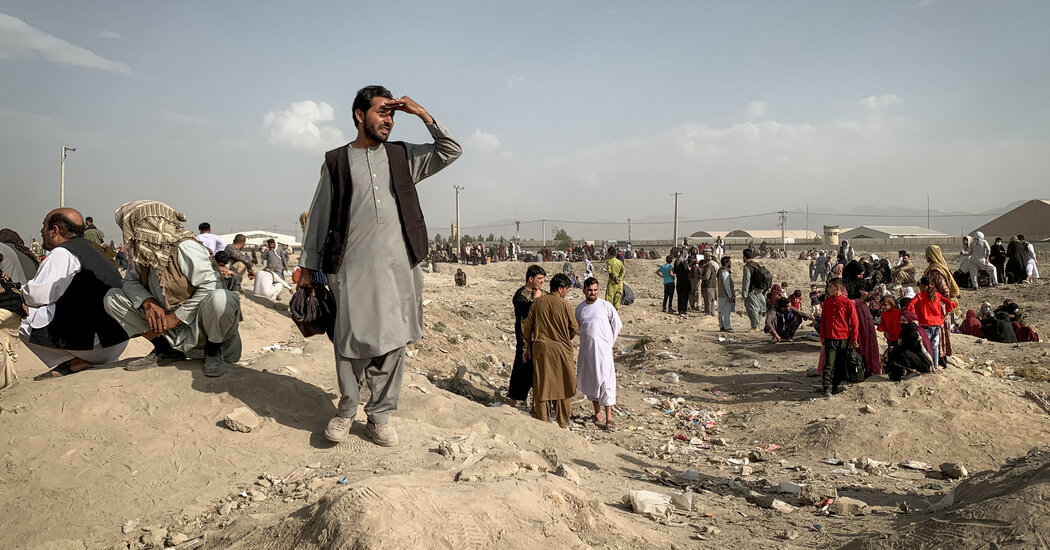 At least 51 people who fled from Afghanistan landed in Uganda on Wednesday, the authorities said, the first to arrive in an African nation amid the race to complete such evacuations before the United States withdraws its military from Afghanistan by the month’s end.

Uganda said last week that it was preparing to temporarily host evacuees from Afghanistan after a request from the U.S. government. The East African nation is Africa’s top refugee-hosting nation — with nearly 1.5 million displaced people living within its borders — and the top fourth refugee host in the world, according to the United Nations’ refugee agency.

The evacuees’ arrival came 10 days after the Taliban seized control of Afghanistan and hours after President Biden said the United States was on pace for its withdrawal by the Aug. 31 deadline. Their arrival also came as the Pentagon said it had airlifted its biggest daily number of evacuees from Kabul’s airport on Tuesday. Some of those are now reaching countries that, like Uganda, agreed to serve as temporary transit stops.

In Uganda on Wednesday morning, the evacuees underwent a security screening and were tested for the coronavirus, the Foreign Ministry said. News outlets shared photos on social media of them arriving at a local hotel.

Ugandan officials have said that the United States is paying for the evacuees’ upkeep, with aid groups like Mercy Corps also promising to step in.

The evacuees arrived on a flight privately chartered by The Rockefeller Foundation and other funders, according to Ashley E. Chang, the head of the foundation’s media relations.

The Ugandan Foreign Ministry said there had also been plans to have some Ugandans travel on the chartered flight, but because of “challenges of accessing the airport in Kabul, they were unable to make it.”

Arrangements were being made to evacuate those Ugandan citizens on a subsequent flight, the ministry said.

The authorities did not specify the nationalities of the people who arrived in Uganda on Wednesday. But Okello Oryem, a junior minister in the Foreign Ministry, said in an interview that Afghans and people from other countries, including from Europe and the United States, were expected as part of the evacuation plan.

Ms. Chang also said the flight on Wednesday was carrying at-risk Afghan adults — along with some minors — who worked with U.S.-funded nongovernmental organizations, Special Immigrant Visa applicants, and many others who qualified for P2 visas which are reserved for artists and entertainers.

U.S. officials have been in touch with countries around the world — including Canada, Kuwait, Mexico and Qatar — that have agreed to serve as transit stops or announced an intention to grant refugee status or resettlement for people fleeing Afghanistan.

The United States provides more than $970 million in development and military aid to Uganda annually. It supports education and agriculture, and provides antiretroviral treatment for more than 990,000 Ugandans who are H.I.V.-positive.

President Yoweri Museveni — who has ruled Uganda with an iron fist since 1986 and was re-elected to a sixth term in January after a bloody election — is also a key U.S. military ally, deploying troops to fight the Qaeda-linked group Al Shabab in Somalia.

Uganda now hosts nearly 1.5 million refugees who have fled violence in Burundi, the Democratic Republic of Congo and South Sudan — conflicts that, critics point out, Mr. Museveni’s government has meddled in.

The authorities did not specify how evacuees would be arriving from Afghanistan and when they will come. But Mr. Oryem said the government would not rush them to leave.

“These are people who are traumatized and have gone through difficulties,” he said.