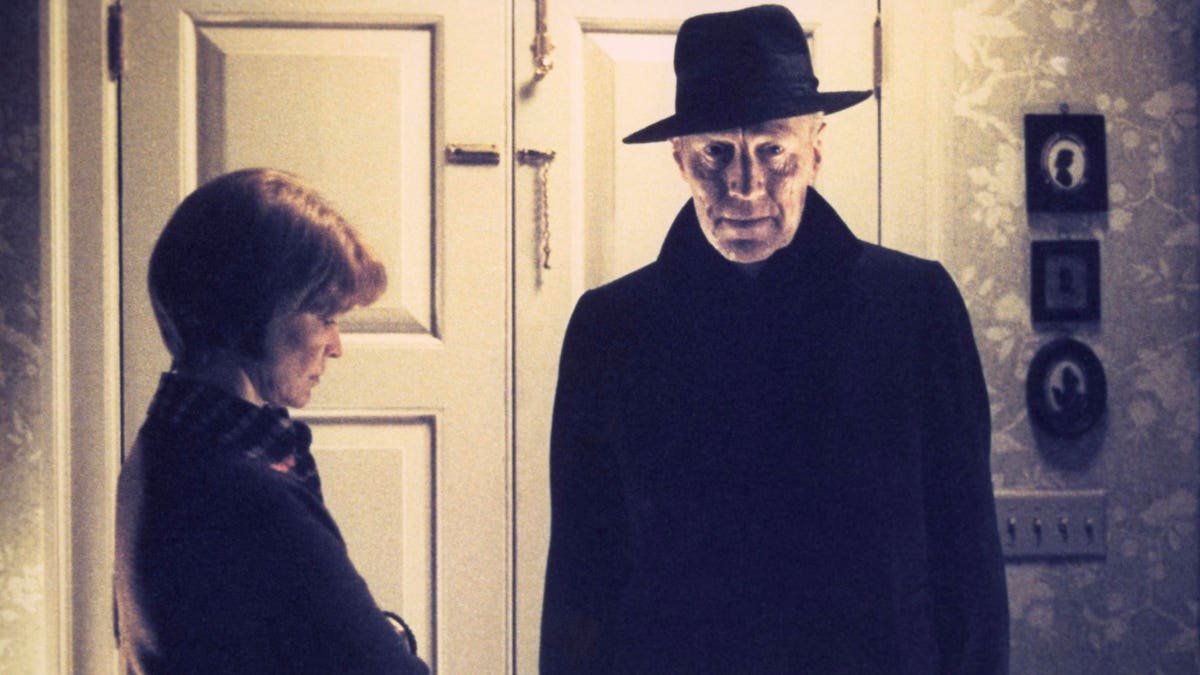 Universal has just announced that they will continue their recent attempts to dominate the mid-October/Halloween season. This year will (hopefully) still see Halloween Kills opening on October 15, followed by Halloween Ends concludes the Blumhouse trilogy on October 14, 2022. And then, like clockwork, Universal and Blumhouse will drop the first of their planned three-part Exorcist trilogy on October 13, 2023. So, yeah, David Gordon Green is going to be doing the “three new films that serve as a direct sequel only to the first one in the franchise” thing for a little while longer.

Universal and Peacock notched a stunning $400 million deal with Blumhouse for three new Exorcist movies in a deal meant to emulate the bonkers $450 million paid by Netflix for two more Rian Johnson-directed Knives Out sequels. And like Netflix, this seems to be a “cash upfront deal,” which partially (but not entirely) explains the massive price tag. I don’t know if this was just a number meant to assure talent that Comcast can and will throw money at production companies on par with the streaming giants (Apple TV+ just paid $200 million for Guy Ritchie’s Henry Cavill-led spy actioner Argylle), or whether we are going to see three Exorcist sequels with the scope and scale of, say, Event Horizon ($70 million back in 1997).

It’s probably a little of both. It’s a move obviously meant to bolster Peacock as a big-deal streaming platform, even if offhand it’s the kind of “throw money at IP for the sake of IP” gambit that I find especially troubling in the streaming era. However, on the plus side, that these new Exorcist movies will play theatrically, at least the first one (and presumably the others if they are commercially successful) seems to signal that Comcast understands the implicit value and prestige that comes with “this movie played in theaters” feature-film content.

Honestly, I think most of the studios realize that (hence Netflix paying a king’s ransom for Sony’s first post-theatrical pay-tv window). Even Netflix tried out releasing Zack Snyder’s Army of the Dead for a week in Cinemark theaters as a way to certify that the (pretty damn good) zombie actioner was a big deal. However, they are dealing with a theatrical industry in flux due to the pandemic and a Wall Street that seems to value streaming-generated revenue far above all other revenue sandboxes. That doesn’t mean I think it’s a good idea to spend $400 million on an Exorcist trilogy, but I get the thinking.

Speaking of, William Friedkin and William Peter Blatty’s (adapted from Blatty’s novel) The Exorcist remains, when adjusted for inflation, the biggest-grossing R-rated horror movie of all time ($232 million in 1973 and 2000, $1.015 billion adjusted). However, Amityville Horror remains in second place ($86 million in 1979/$300 million adjusted), and it’s not like any other Amityville flick has broken the bank theatrical. Likewise, none of the Exorcist sequels (including the pretty damn good Exorcist III in 1990) have been big hits, and Fox’s allegedly quite good television show barely lasted two seasons. Unlike Halloween, it’s not like the sequels have controversial mythology that can be retconned to “please the fans.”

Ellen Burstyn returning to her Oscar-nominated role isn’t exactly Linda Hamilton returning to Terminator or Jamie Lee Curtis again facing Michael Myers. So, yes, there are plenty of pitfalls, ones that are in focus because this isn’t a normal “$10-$20 million Blumhouse” flick that can afford to only play to die hard fans. Again, this was a show of force by Universal and Peacock, and that they are going theatrical with the Leslie Odom Jr-starring flick at least surmises that they are intent on delivering something “good enough” to see in theaters versus betting on “just sit at home and hit play” laziness that turns Spenser Confidential into a Netflix blockbuster.

Universal is hoping that Blumhouse and friends can do for Exorcist what they did for Halloween. However, The Exorcist is essentially known for one smash hit modern classic, has no real marquee characters and has far less pull with younger moviegoers than the perpetually rewatched Michael Myers flicks. If I were a pessimist, I would argue that Universal is vastly overpaying for a B-level (at best) IP just to show that they can. Now, not only has the streaming war sent Hollywood and the tech giants into the same “IP for the sake of IP” trap that hurt theatrical moviegoing over the last 15 years, they are now in the position of having to vastly overpay for it.