Until Production Settles, Natural Gas Prices Will Continue Their Uptick 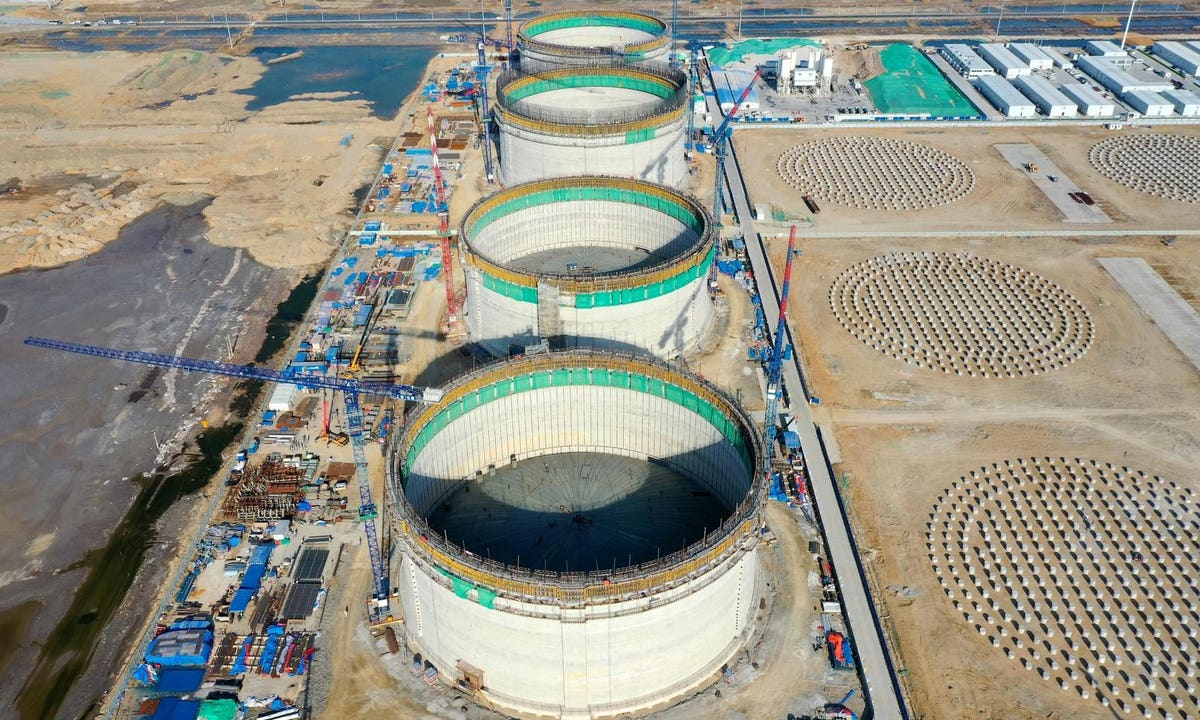 When it comes to energy, a geography rich with natural resources has its perks.

While Japan is currently paying close to $10 per metric million British thermal units (MMBtu) for the natural gas it imports, one luxury of our country’s shale boom is the way it has created really low natural gas prices. Prices were once up to $13 per MMBtu as recently as the last decade, but since 2014, they have mostly stayed in the two-to-three dollar range.

Yet this year, domestic natural gas prices have again been climbing up, even though predictions remain that we have enough natural gas resources to last us decades.

And even that’s not the highest rate at the Henry Hub this year – it reached $5.35 per MMBtu in February, driven by the cold spell that month in several central states. In Texas, Houston Ship Channel spot prices shot up to $400 per MMBtu on February 16, raising financial chaos in the Texas power markets.

Yet, the persistence of these higher prices, long after the cold spell, indicates that more than just a freak storm is at play.

“During this hot summer across the U.S., natural gas supplies – including stored natural gas – have been drawn down more than usual,” said Ed Hirs, an energy economist at the University of Houston. “These relatively higher prices are likely to persist through to the spring as natural gas storage facilities replenish their supplies.”

Domestic natural gas comes from two types of sources. The first category consists of hydrocarbon reservoirs that are predominantly natural gas such as Haynesville shale, the Marcellus shale, and the Utica shale. But it is also an associated product of crude oil in places like the Permian Basin, meaning that a significant portion of natural gas supply is tied to the production of oil and drilling in the oilfields.

The shale revolution drove the drilling of many such wells with the associated gas produced, creating a glut of natural gas.

During the pandemic, the contraction of oil production in places like the Permian shale last year also reduced the supply of accompanying natural gas.

Despite this contraction, prices quickly fell to $1.63 per MMBtu in June 2020. It was triggered by the drop in manufacturing that had been caused by the pandemic-related disruption to supply chains.

Yet this where the reasons behind natural gas pricing gets a little more complicated. For while the pandemic had an immediate downward impact, the overall U.S. demand for natural gas has been growing. The U.S. currently produces and consumes about 31.5 quadrillion British thermal units (Btus) of natural gas, up from 24.5 quadrillion Btus in 2010.

This raises the question of how domestic supply is responding to this expected demand increase. If the Permian does not recover to prior levels of activity, and it is not expected to do so, those companies that are primarily natural gas producers in the Haynesville, Marcellus, and Utica will increase their drilling activity. Even George Mitchell’s original gas shale play in the Barnett shale will see new activity.

If oil prices remain in the $70 per barrel level, growth in oil production may resume and may increase the supply of natural gas.

What other factors are driving the recent natural gas price increases?

In the short term, the polar vortex of 2021 followed by the hottest summer on record in the U.S. have driven down gas supplies in storage. The recovery from the pandemic recession is also driving domestic gas demand. Continued domestic economic growth is on the horizon as the EIA predicts that the industrial sector will increase gas demand by 35 percent by 2050, and make up more than 75 percent of its overall expected 4.6 quadrillion Btu demand growth.

Regionally, insufficient pipeline infrastructure also impacts natural gas prices. Boston, for example, pays the same price as those in Japan, because of a lack of pipelines to the Northeast, leaving it to import natural gas via liquified natural gas (LNG) tankers.

The Permian Basin in Texas has the opposite problem. The low natural gas prices combined with a lack of infrastructure in place has led to the flaring of much of its gas: 900 billion Btu over a year in 2019. At current prices, the value of this flared natural gas would be well over $1 billion.

At some point, throwing gas away because the cost of pipelines don’t justify themselves will no longer make economic sense (if it currently does). The push for more electrification as a solution to climate change will also increase demand, but in the immediate future is not considered to be significant enough to drive price increases.

This is also the case with natural gas exports: The U.S. now exports an average of 6.6 trillion Btu per day of LNG, according to the EIA. That’s a big number, but still relatively small compared to the 82.5 trillion Btu per day in 2021 that the U.S. consumes domestically.

Mexico is also buying a lot more U.S. natural gas than it did a decade ago.

A global growth in demand for LNG is also tapping U.S. reserves. The U.S. is now exporting more LNG than the gas it transports to Mexico and Canada via pipelines, according to the U.S. Energy Information Administration. LNG exports are expected to reach 8.5 Btu/d in 2021 and 9.2 Btu/d in 2022, the EIA said.

This global LNG market is a fairly recent phenomenon, driven by a rapidly increasing demand from China, Korea and India, all of which have transformed their economies in the last generation.

Other mature economies, including Japan and Europe, are increasing their use of LNG as a bridge fuel as they try to reduce their carbon footprint.

Yet while prices are up this year, most energy analysts expect that the huge U.S. reserves of natural gas and the technology to access it will eventually even out, keeping prices relatively stable below five dollars for a MMBTU in the years to come.

“As natural gas prices firm up, some northeast guys will increase production, and that will offset the exports sent out of the country,” Jamison Cocklin, a senior editor at Natural Gas Intelligence, said. “Natural gas prices are more balanced in that sense.”

Emily Pickrell is a veteran energy reporter, with more than 12 years of experience covering everything from oil fields to industrial water policy to the latest on Mexican climate change laws. Emily has reported on energy issues from around the U.S., Mexico and the United Kingdom. Prior to journalism, Emily worked as a policy analyst for the U.S. Government Accountability Office and as an auditor for the international aid organization, CARE.

UH Energy is the University of Houston’s hub for energy education, research and technology incubation, working to shape the energy future and forge new business approaches in the energy industry.