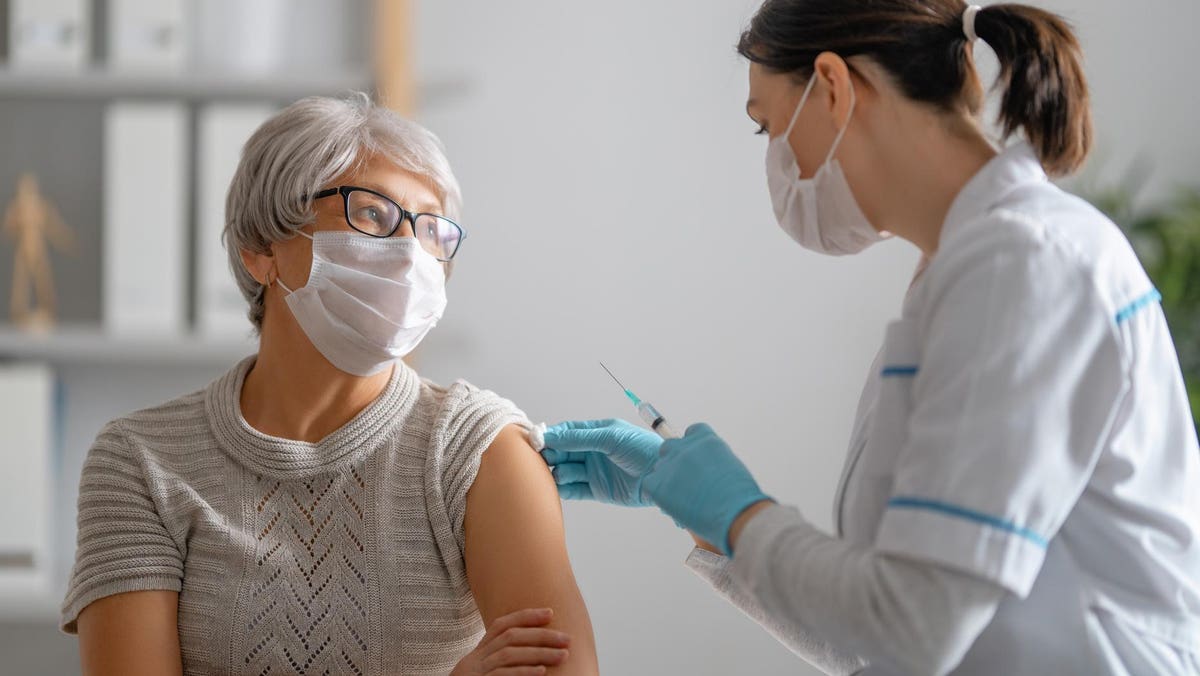 The protection provided by Pfizer and AstraZeneca Covid-19 vaccines falls within six months of the second dose, new U.K. research has found, bolstering calls for booster shots amid increasing numbers of breakthrough infections and health officials pleading for scarce supplies to be directed towards those who have not been vaccinated at all.

The Pfizer-BioNTech vaccine was initially 88% effective at protecting against Covid-19 infection a month after the second dose, but this fell to 74% after five to six months, an analysis from the Zoe Covid study found.

The real world study, which used positive Covid-19 test results from 1.2 million people in the U.K., found a similar decline in the protection offered by the AstraZeneca vaccine, which fell from 77% a month after the second jab to 67% after four to five months.

Professor Tim Spector of King’s College London, the lead scientist on the Zoe app used for the study, said the findings could explain increasing numbers of breakthrough infections reported in fully vaccinated people and underscores the “urgent” need to plan booster shots.

Spector noted that “waning protection is to be expected and is not a reason to not get vaccinated.”

“Vaccines still provide high levels of protection for the majority of the population, especially against the delta variant,” he said, adding that “we still need as many people as possible to get fully vaccinated.”

Professor Paul Hunter, from the University of East Anglia’s medical school, said the “study adds further evidence that the effectiveness of vaccines against mild disease wanes after relatively few months.” However, Hunter stressed that there is not yet any “strong evidence that immunity to severe disease wanes substantially over the same time scale or that vaccines are less effective at reducing the risk of severe disease from the delta as opposed to the alpha variants.”

Experts and officials have warned that the immunity provided by vaccines may diminish over time and evidence indicating just that has been emerging for some time. The Zoe Covid study, though limited in how it is conducted and on whom (experts warn real world studies do not capture everything needed to determine how effective a vaccine is), supports this. The delta variant, which can evade some of the protection conveyed by vaccines, complicates these studies and makes it harder to draw firm conclusions. Booster shots, an additional dose of vaccine following the initial course, are frequently deployed in medicine and are being tapped by governments as a way of elevating waning immunity (the U.S. will do so from late September.) Early evidence indicates they are effective at lowering the risk of infection but public health experts around the world, including the head of the World Health Organization, are imploring wealthy nations to allow the doses to be used in those who have not been vaccinated at all before being used in fully vaccinated people.

A study from the Centers for Disease Control and Prevention study published Tuesday found a hefty drop in effectiveness against infection from the delta variant from Pfizer and Moderna vaccines. Among a group of thousands of healthcare workers, the vaccines fell from being 91% effective at preventing infection to 66% after delta became the dominant variant.

How Good Are Covid-19 Vaccines At Protecting Against The Delta Variant? (Forbes)