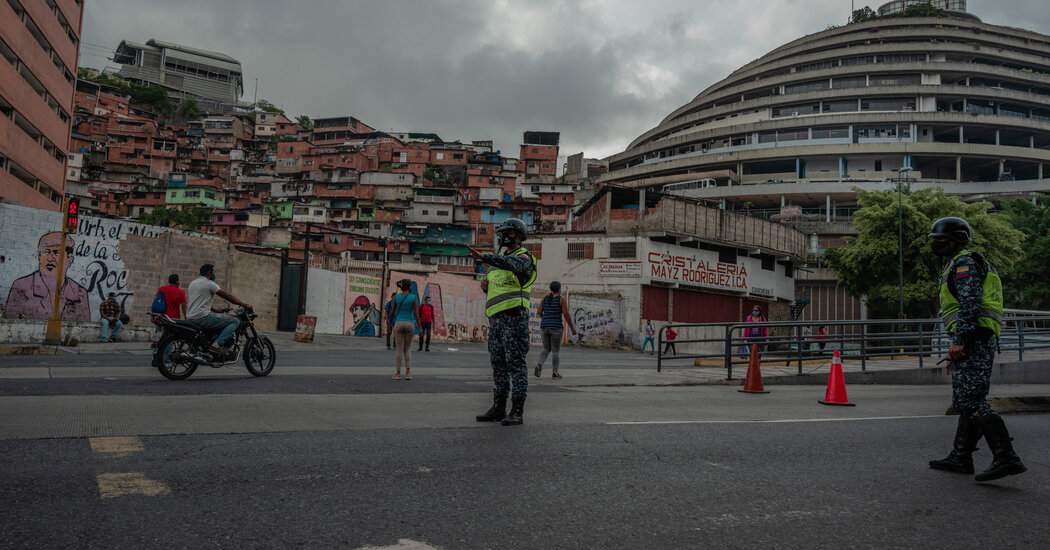 Ms. Valiñas said the panel is continuing to investigate the crimes identified in that report, but added that the second report, which it will present to the Human Rights Council next week, focused on the workings of Venezuela’s judicial system and conducted a detailed analysis of 183 detentions.

Venezuelan authorities did not allow panel members into the country and did not reply to any of the 17 letters they sent to the government over the past year asking for information. The panel based its conclusions on 177 interviews with current and former judges, prosecutors and others within the judicial system, as well as with lawyers for the victims of abuse. They also read thousands of pages of legal case files, including arrest and search warrants.

Of the 86 judges, prosecutors and defense lawyers the panel interviewed, virtually all — 98.2 percent of them, the panel said — reported that political cases were not investigated or prosecuted in accordance with the law.

Judges and prosecutors received instructions on how they were to proceed, the panel said, and often appeared to have played “key roles” in covering wrongdoing — for example, enabling arbitrary detention by resorting to unjustified arrest warrants, lengthy pretrial detentions, and criminal charges based on illegally obtained or falsified evidence, including evidence obtained by torture.

Many of the defendants in the 183 prosecutions analyzed by the panel said they had been tortured or subjected to brutal treatment, including sexual violence, and 67 of the defendants had appeared in court exhibiting clear marks of mistreatment.

“The actions and omissions of judges hearing torture allegations had devastating consequences on victims, including continued torture and deteriorating health,” the panel said. One detainee had suffered a miscarriage from torture inflicted after a judge returned her to the custody of the military counterintelligence agency, which she claimed was abusing her.

But resistance by judges, prosecutors and lawyers to political interference is also risky, the panel concluded. More than half the defense lawyers who responded to a questionnaire said they had faced threats and harassment, and nearly half the former judges and prosecutors the panel contacted had fled the country out of safety concerns.

Reporting was contributed by Isayen Herrera in Caracas.