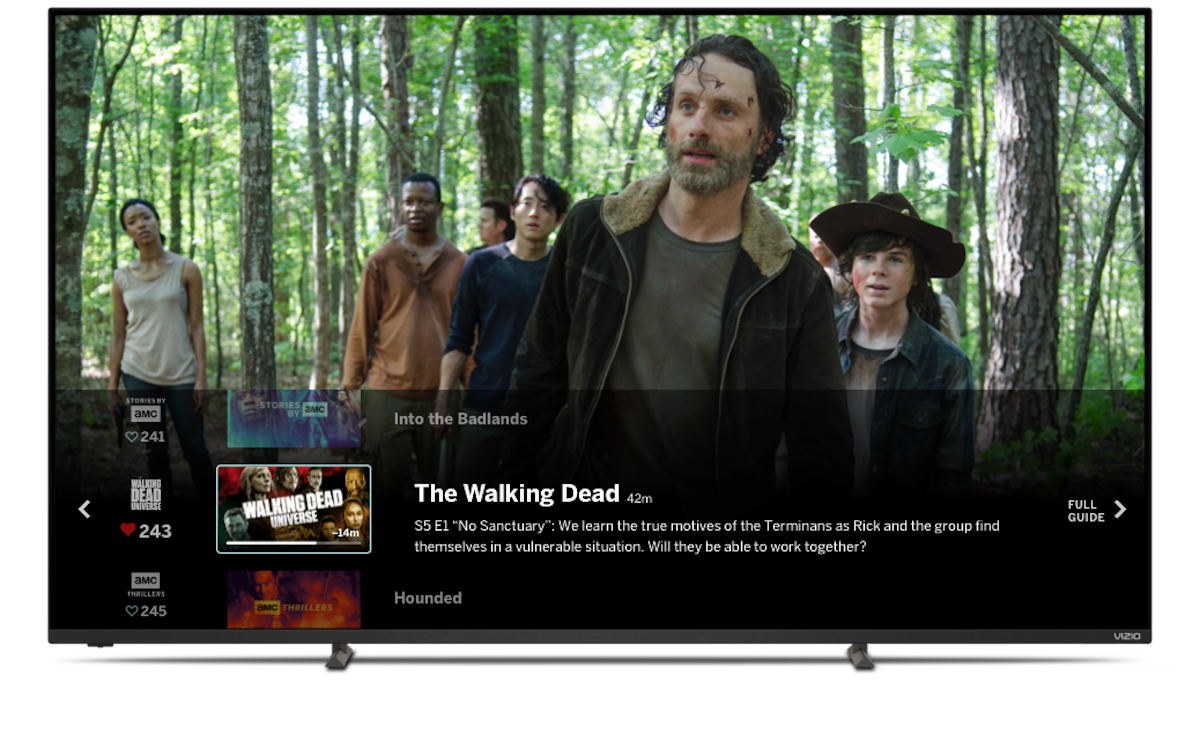 Connected TV and sound bar maker Vizio today announced a substantially revamped and enhanced version of WatchFree+, the built-in collection of free, ad-supported channels available through the SmartCast platform on its television sets.

The California company is also launching two curated channels of its own: Vizio Fork & Flight, which is a mix of travel and food shows, and Vizio Investigation, featuring true-crime and related shows. Both will be exclusive to Vizio TVs with the SmartCast interface.

The moves are the latest effort by a hardware maker to improve and differentiate their streaming offerings with improved software and distinctive content.

Google is launching a fourth-generation ChromeCast device with the new Google TV interface and, for the first time, an actual remote. Apple’s latest version of the Apple TV 4K comes with a dramatically improved remote control to remedy the most vexing component. Free, ad-supported TV services such as Redbox and Fox’s Tubi are even getting into exclusive original programming in various ways.

For its part, Vizio is promising that the updated interface will be faster and more responsive, using viewer data to hone suggested new shows to watch, and will feature an updated programming guide.

The interface is designed to make it easy to flip through channels using the company’s new voice-activated remote control, Vizio Voice, or by using voice-activated SmartCast Mobile apps on iOS and Android. In a recent review of the company’s tightly integrated TVs and sound bars, the interface’s responsiveness was perhaps the system’s weakest link, performing notably slower than those of some competitors.

“WatchFree+ is a cord-cutter’s dream, providing access to the programming you expect with cable in a free streaming environment that makes it easy to personalize and customize the entertainment experience,” said Vizio VP of Business Development Katherine Pond. “With the growth and evolution of WatchFree+, we now offer hundreds of free channels where we manage and control the programming for consumers and the ad inventory for marketers, providing better experiences for all.”

Those hundreds of WatchFree+ ad-supported channels are organized in 13 genres, including news, sports, movies and foreign-language shows. The offerings include live, local and linear streams, with top channels including CNN, FOX Sports, Hallmark, ION Plus, LEGO Channel, MLB, NBC News Now, and Stories by AMC.

The program guide will add a “Featured” category with seasonal programming, themed collections of related shows, and pop-up channels among other changes.

The service will be updated automatically for an estimated 13.4 million households owning the company’s connected TVs, which use the company’s own SmartCast platform to navigate and manage streaming and other apps.

The new interface, along with the two new curated channels, will also provide Vizio and its data-analytics unit Inscape with deep opt-in viewer data about what shows are being watched, allowing for smarter and more effective targeting, the company said. The company used Inscape learnings to reshape the interface and reorganize the ways it provides viewers with programming suggestions.