W.H.O. Warns of Dire Threat of Covid During Pregnancy in Latin America 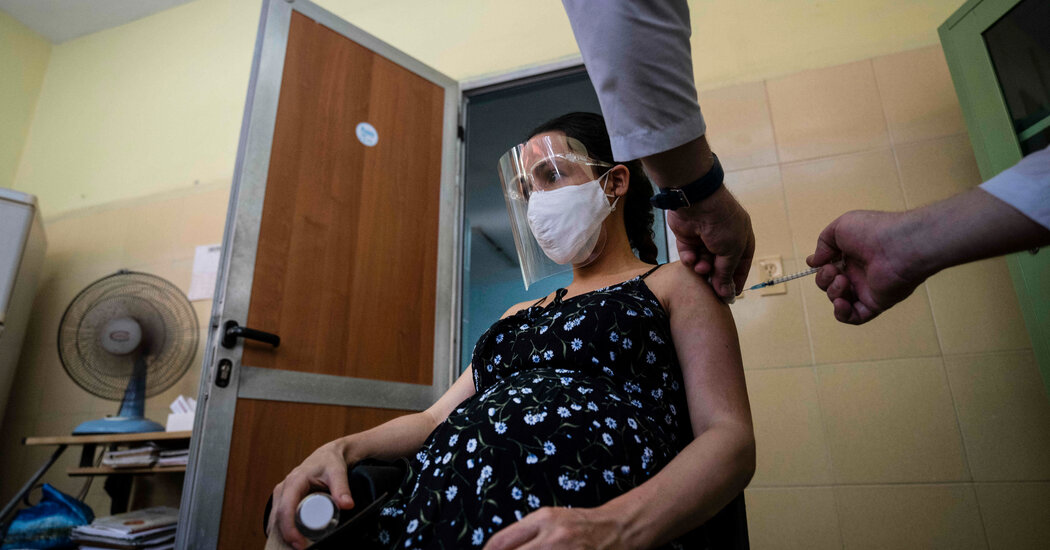 The coronavirus pandemic could “wipe away 20 years of hard-fought gains” in reducing maternal mortality in Latin America and the Caribbean, and countries in the region should prioritize those who are pregnant and those who have recently given birth in their vaccination campaigns, officials at the World Health Organization warned on Wednesday.

“So far, more than 270,000 pregnant women have become sick with Covid in the Americas and more than 2,600 of them — or 1 percent of those infected — have died from the virus,” Dr. Carissa F. Etienne, the director of the Pan American Health Organization, a division of the W.H.O., said at a news conference.

Pregnancy enhances vulnerability to respiratory infections, including Covid-19, and is associated with a higher likelihood of serious Covid symptoms.

Most countries have reported higher numbers of cases and deaths during pregnancy in 2021 than in all of last year, and in Mexico and Colombia Covid-19 has become the top cause of maternal death this year. Mexico, Argentina and Brazil have accounted for half of all maternal Covid-19 deaths in the Americas, Dr. Etienne said.

Her organization recommends that vaccinations be universal during the first trimester of pregnancy and for those who are breastfeeding, as breast milk confers the vaccine’s protection to newborns. That is guidance similar to that issued last month by the Centers for Disease Control and Prevention.

However, less than half of the countries in Latin America and the Caribbean have set out specific vaccination guidelines related to pregnancy and birth, Dr. Etienne said.

However, the pandemic has decreased access to prenatal care, Dr. Etienne said, noting that at least 40 percent of the countries in Latin America and the Caribbean have reported disruptions to maternal and newborn care. And the region continues to suffer from a general shortage of vaccines. Only 28 percent of people in Latin America and the Caribbean have been fully inoculated against Covid-19, Dr. Etienne said.

In the Caribbean, infections are dropping as a whole, although there is an increase in Covid-19 deaths in several islands, including Jamaica and Puerto Rico.

Infections are also rising in several Central American countries, including Costa Rica, Belize, and Guatemala, where half of hospitals are over capacity.

By contrast, in South America, with the exception of Venezuela, cases and deaths have been steadily dropping. Officials with the Pan American Health Organization did not address if testing volume in the region may have affected the number of reported cases.

“We are working jointly with the ministries of health and experts in the counties to study trends and the reasons as to why these decreases have continued,” said Ciro Ugarte, the organization’s director of health emergencies. “When cases decrease it’s because we are doing things well, which means we’re implementing the public health measures that have proven once and again that they still work.”

Now though, countries in the region need to be careful not to relax those measures, he said, “because that is a great opportunity for the virus.”