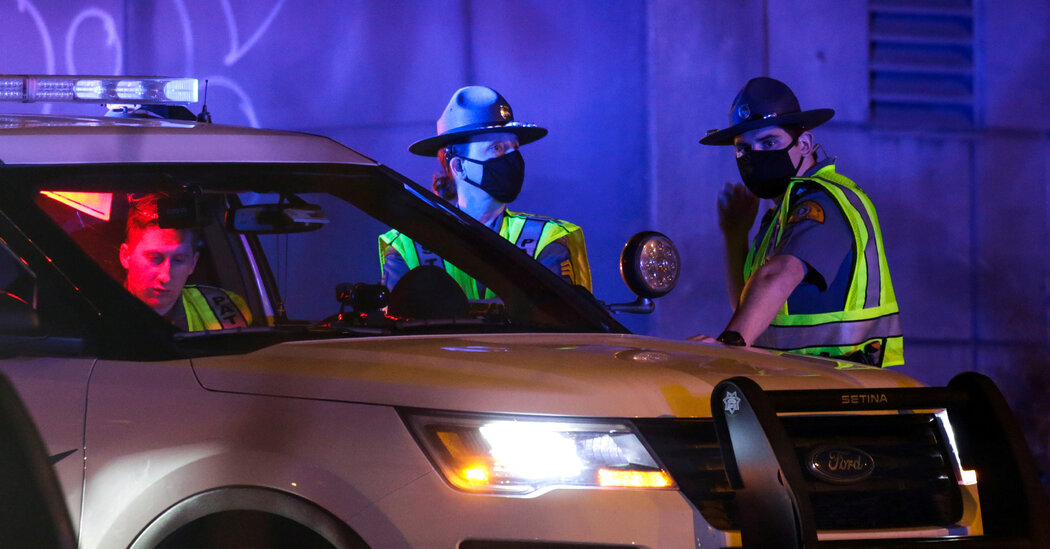 Gov. Jay Inslee of Washington announced Monday that most state employees and all health care workers must be fully vaccinated against the coronavirus by Oct. 18, or risk losing their jobs.

“We have essentially a new virus at our throats,” Mr. Inslee said at a news conference, referring to the Delta variant.

Mr. Inslee went beyond similar orders issued by other states by saying that a refusal could lead to being fired. This would apply to both private and public sector workers, including 60,000 state employees, as well as 14,000 that work for King County and 10,000 employed by Seattle. The policy also includes contractors who work at state, county and city locations, like construction sites, offices and health care facilities.

“These workers live in every community in our state, working together and with the public every day to deliver services,” Mr. Inslee said. “We have a duty to protect them from the virus, they have the right to be protected, and the communities they serve and live in deserve protection as well.”

Applications will be considered for “legitimate medical reasons or sincerely held religious beliefs,” the governor said, but not for philosophical objections. Employees will not be able to forego the vaccine and get tested weekly.

Mr. Inslee’s office said that the bill for coronavirus tests would be in the millions of dollars if continued indefinitely and the testing option had not worked well in public facilities like prisons, privately-run hospitals or nursing homes. “We’re past the point where we can test our way to safety,” he said. “They don’t solve the problem.”

Mr. Inslee is using the emergency authority powers he was granted during the coronavirus pandemic to issue the new order, his office said. The state licenses health care workers in private facilities and settings, and the governor said that the same enforcement mechanism that comes into play when a medical error or the wrong medicine is given. “This is a life-and-safety rule,” he added.

The directive does not extend to workers in higher education, public education, or employees of the legislative and judicial branches.

“The reason we’re in this pickle today is because 30 percent of our eligible citizens, so far, have chose not to get to the vaccine,” Mr. Inslee said, emphasizing that it was not too late for both residents and state employees. But those on public salaries “essentially have to have your last vaccine by Oct. 4,” he said.

The Seattle region had recorded most of the nation’s first Covid-19 deaths, as the virus rampaged through a nursing home in the Seattle suburbs in early 2020. In early 2021, the region’s deaths per capita were lower than any other large metropolitan area.

In Washington State, daily new cases have soared 154 percent in the last two weeks, according to a New York Times database, which also shows that hospitalizations have risen 60 percent and deaths are up 42 percent over the same period. Seventy percent of Washington residents 18 and older are fully vaccinated, according to federal data. People younger than 12 are not eligible for the vaccine.

Health officials in California on Thursday ordered more than two million health care workers to be inoculated, largely removing an option that let unvaccinated employees submit to regular testing instead.

President Biden also recently announced that federal workers would face restrictions and requirements, including testing, if they did not get vaccinated.

Other states and territories including New York, Virginia and Puerto Rico, have followed suit, telling their employees to get their shots or go through regular testing.