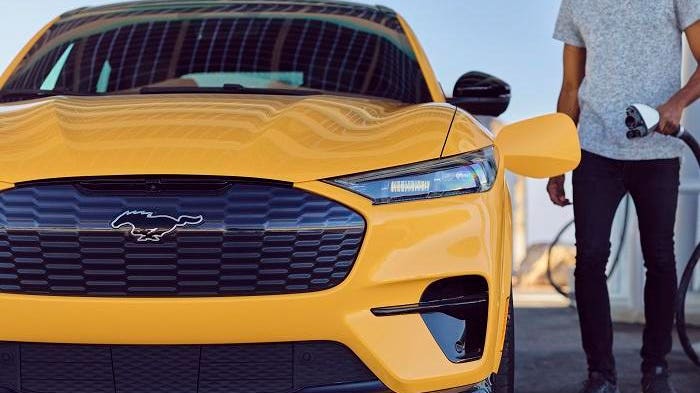 A steep learning curve for manufacturing and launching electric vehicles is leading to initially high repair costs but one recent high-profile electric SUV is outclassing its competitors according a study released this week.

The study by analytics company We Predict looked at full service histories for about 19 million total vehicles accounting for $20 billion in labor and parts costs for 2016-2021 model year vehicles.

In general, vehicle service costs increase over time, according to We Predict’s Deepview Truecost study, but when spending for electric vehicles is broken out, it appears just the opposite is the case.

“The cost of keeping the vehicle in service for the EV, even as the EV gets older, becomes smaller and smaller and actually less, than keeping an ICE (internal combustion engine) vehicle on the road and that’s not just maintenance costs, but all service costs, individual component failure and what have you,” said We Predict founder and CEO James Davies in an interview with Forbes.com.

According to We Predict data, the cost to repair an EV after three months of service is more than 2.3 times higher per vehicle than the costs to repair other vehicles. That ratio lowers to more than 1.6 after a year in service.

A year after an electric vehicle’s launch We Predict found the the number of so-called “incidents” per 1000 vehicles dropped 33% from its initial launch and repair costs declined 27%. But by the second year incidents per 1000 vehicles fell by 14% but the cost to repair those vehicles decreased 65%.

“It looks like the EV costs are actually very front-loaded,” explained Davies. “Once you get through the launch of a vehicle and get through the first three to six months it’s just about trying to figure out how to fix the problems you have. Those costs begin to come down precipitously.”

One company that got the launch right was Ford Motor Co. for its Mustang Mach-E electric SUV.

“The Mach-E launch as a premium brand has completely and utterly outperformed everybody else who’s launched a premium brand EV in the last four or five years,” said Davies.

Indeed, according to We Predict data, it got off to the best start of any premium electric SUV with per vehicle service costs of just $93 during the first three months of ownership. That compares with $366 for the Audi e-tron, $667 for the Porsche Taycan and $834 for the Jaguar I-PACE.

Davies chalked up the higher post-launch costs to simply trying to figure out how to build a new type of vehicle.

“Diagnosis and fixing the first time is much harder with these launch vehicles. A lot of the cost on the I-PACE and Taycan was just trying to figure out how to get the thing back on the road and maybe making multiple repairs where the right one would have done,” said Davies. “Once each manufacturer has settled down how it’s going to approach the software aspect, managing the energy cells themselves— that was certainly a big feature of the (Chevrolet) Bolt recall.

Last month the National Highway Traffic Safety Administration advised owners of 2017-2019 Bolts to park their cars outside, away from their homes due to risk of fire. Those vehicles were originally the subject of a recall last fall for the potential of an unattended fire in the high-voltage battery pack underneath the backseat’s bottom cushion.

GM has since updated and improved the Bolt and added a utility version for the 2022 model year. “It’s not just a reliable EV, it’s a reliable vehicle,” said Davies.

Looking ahead, Davies believes the smooth launch of the Ford Mustang Mach-E portends a similar result for the upcoming F-150 Lightning electric pickup truck. As automakers have more experience engineering, building and launching and servicing EVs repair costs will decline even further.

“The good news,” said Davies, “is it looks like manufacturers are getting better at launching these vehicles.”