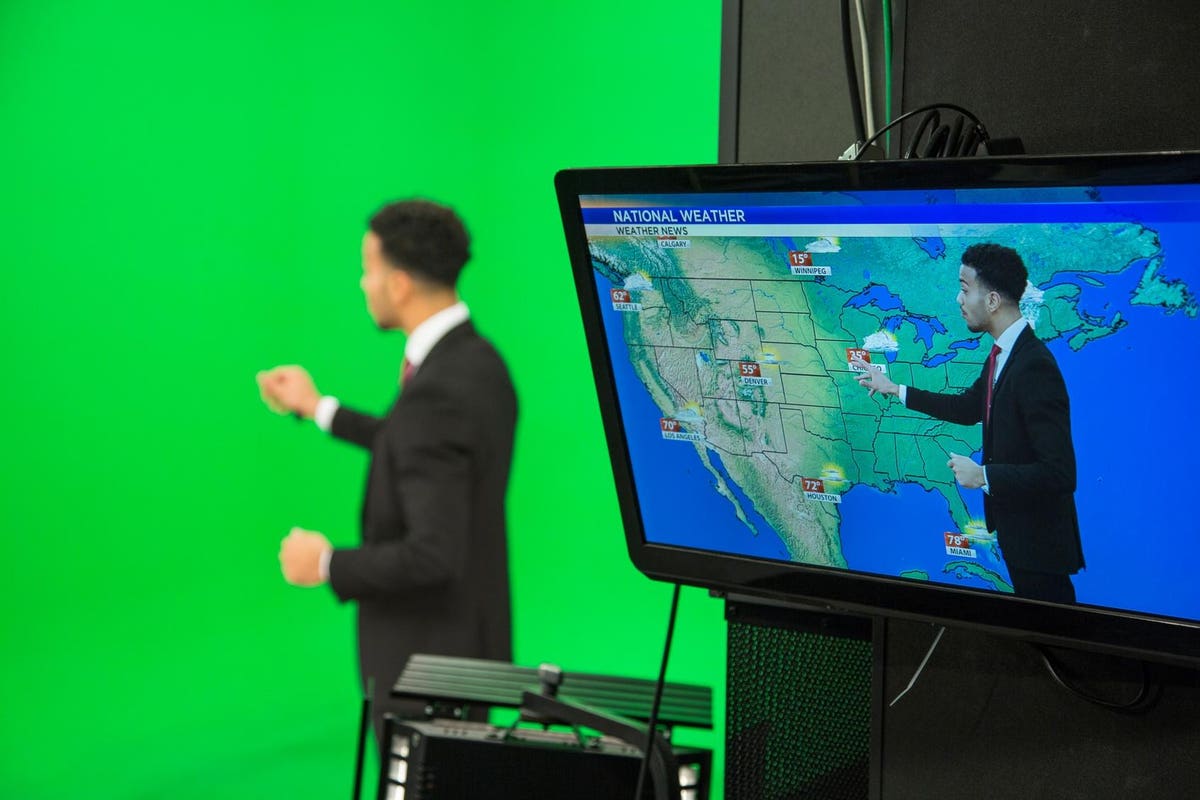 Long before Twitter announced in June that it’s launching a subscription-based local weather service – to capitalize on the way users flock to the site during events like weather emergencies – meteorologist Erik Proseus had already spent years conditioning tens of thousands of Internet users to do that very thing. Years ago, in fact, this Memphis-based weatherman had already cottoned on to the inherent potential in offering tailored weather news to an audience that you assemble yourself, free of the strictures and broadcast imperatives of a corporate overlord. It’s as seemingly recession-proof of a news model as it gets, since peoples’ interest in what’s going on outside will surely never wane. And it’s the reason why, when skies get dark in Memphis, so many of the digitally savvy don’t instinctively reach for the TV remote anymore to switch on the local news. They fire up either Proseus’ mobile app or the social media presence for his DIY operation, MemphisWeather.Net.

Suffice it to say, he’s also far from the only entrepreneurially-minded meteorologist to prove the veracity of that Bob Dylan lyric about not needing a weatherman to know which way the wind blows (the weatherman, in this case, being of the broadcast news variety). @NashSevereWx, with more than 205,000 followers on Twitter, provides “community-supported local weather” covering Nashville and Williamson County in Tennessee. Same with @wxornotBG, with more than 10,000 followers of its Twitter account, providing hyperlocal weather coverage for part of Kentucky. Thing is, though, they’re all about to have lots more competition in this space.

More weather news in the forecast

In addition to Twitter’s own paid weather service, the Weather Channel’s parent company is launching a new weather-focused streaming service later this year. It will be known as The Weather Channel Plus and cost subscribers $4.99/month.

Even the Fox News network, which is prepping an all-new, Fox-branded weather channel to launch this fall, seems to have simultaneously arrived at the same insight that’s behind all these efforts. Namely, that weather news has long been an under-appreciated aspect of this business. Or, said another way and to borrow a recent pun from The New York Times – weather is taking the media industry by storm.

“I’m honestly not surprised to see a service (like Twitter’s) being offered,” Proseus told me. “While Twitter has always excelled at breaking news, the ‘breaking’ nature of extreme – or even inclement – weather falls right into its wheelhouse as well, so I’m more surprised that this is just now occurring.

“In fact, a few loose organizations of weather-related accounts on Twitter have already occurred organically and have been well-received. Since Twitter has to make money to remain viable, monetizing the service using its new features is probably a natural step. I will be curious to see how well it performs, though, given that so much valuable weather information is already available free of charge on the platform.”

And not to mention the fact that the potential for overlap between these services might end up being something of a dubious prospect. Among streaming consumers, for example, there’s no doubt sufficient appetite to pay for Netflix as well as Disney+, HBO Max, Apple TV+ and more. For one thing, you’re not getting the same content across all those services. But if you’re in, say, Memphis, and already happily following the weather content produced by MemphisWeather.Net, are you really going to start paying Twitter for its service when your local needs are already being met now?

Some big bets are riding on the answer to that question. And it’s obvious what the media giants think (or hope) is possible here. Viewers are pretty much completely over election news and are fast losing interest in the post-Trump political landscape. Over the first six months of this year, the average viewership at Fox, CNN, and MSNBC plummeted almost 40% from the same period in 2020. While over at the Weather Channel? A 7% increase.

To be sure, the increase in attention is not attributable only to the weather – or, rather, to specific weather conditions from one day to the next. It also lines up nicely with a growing awareness that climate change deserves much more concentrated attention and resources from media operations. Which is why the Weather Channel also retooled its morning program lineup recently, putting more of an emphasis on telling stories and not just, well, reporting the weather. Shows about climate change are in the works, too, including a documentary series called Frozen Gold about miners in Greenland (where melting ice makes it easier to find deposits of minerals and ore).

The company’s early projection is for the new streaming service to have some 30 million subscribers by the end of 2026.

Twitter’s attempt at all of this, meanwhile, is the newsletter-centric offering Currently. A team of local meteorologists in a small number of cities to start with, along with climate journalist Eric Holthaus, will produce a combination of free and premium content about the weather and adjacent topics, such as climate change.

The value proposition for paying members is quite specific. It includes getting interactive text messages with weather alerts straight to your phone, having direct access to a team of meteorologists via SMS, and getting “members-only experimental storytelling via audio clips, visual art and poetry.” For only $5/month, we should add.

Here again, though, it’s worth pointing out: At least in a city like Memphis, you already get most of the above from Proseus and the team that works with him. One of the few things that might make someone reach for the value-add inherent in Currently is the deeper, more journalistic product that reports on things like climate change.

“A noticeable shift is occurring in the delivery of weather information to the public,” Proseus told me. “More and more, focus is turning to that content being made available digitally, always ‘on’ and always current, and in a ‘hyper-local’ fashion. The traditional news and weather broadcast is rapidly losing ground to the second screen, particularly for Gen X, Millennials, and Gen Z. In fact, the new generation of broadcast meteorologists is being cross-trained in both traditional and digital delivery of their information. The days of tuning in at 5, 6, and 10 pm are coming to an end for most people.”

Which helps explain what the top brass at Fox is thinking. Similar to what it did with the launch of the Fox Business channel in 2007, the network is preparing to launch a Fox weather channel sometime, at least one source told me, in October (although that month is still a rough estimate at this point).

Fox has already, as you might imagine, started poaching meteorologists from around the country for this new offering. Even from the Weather Channel itself, with meteorologist Shane Brown having left to join Fox’s new effort.

That said, it should also come as no surprise that even at this early stage, the rivals are already sniping at each other. Nora Zimmett, chief content officer at the Weather Channel (and a Fox News alum), told the NYT: “I applaud Fox getting into the weather space, but they should certainly leave the lifesaving information to the experts.” Not to be outdone, a Fox News spokesperson also told the paper: “While the Weather Channel is focused on trolling FoxNews.com for unrelated stories, Fox Weather is busy preparing the debut of our innovative platform to deliver critical coverage to an incredibly underserved market.”