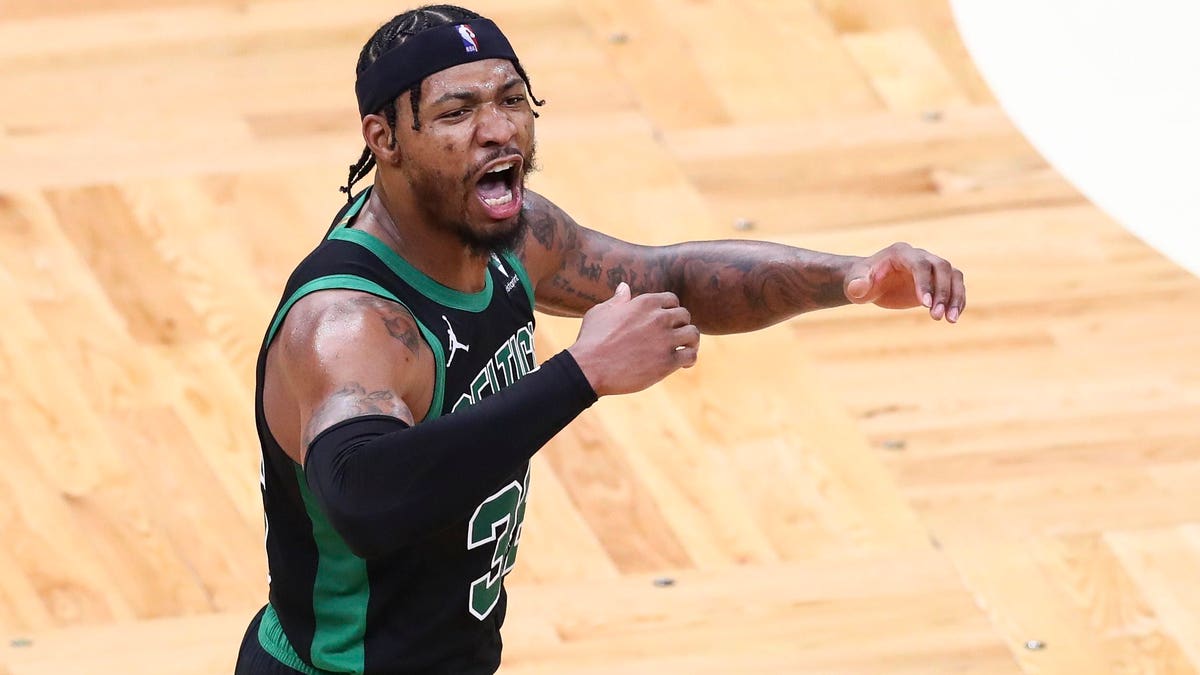 Brad Stevens has had a busy offseason in his first summer as the Celtics president of basketball operations, and that continued on Monday. Boston agreed to a four-year, $77.1 million contract extension with Marcus Smart
, according to The Athletic’s Shams Charania. The extension is for the maximum amount Boston was able to offer Smart.

Smart confirmed the deal on both Twitter and Instagram, which means the 27-year-old point guard will be in Boston through the 2025-26 season, pending any future trades, of course. So, what does this extension mean for the Celtics push for a free agent splash next summer?

Stevens and the Celtics front office have approached this offseason with one clear priority: maintain financial flexibility and cap space. Stars like Bradley Beal and Zach LaVine are set to become free agents next summer, and Boston would prefer to be key players in those sweepstakes if possible. Smart’s extension takes away the possibility of Boston having max cap space entering next offseason, as long as he remains on their books at that time. If he is moved to another team with cap space, the Celtics could create max space, but that seems like an unlikely scenario at this point.

The most popular question remains the same, however. Can the Celtics still get Bradley Beal? Beal’s close relationship with Jayson Tatum and impending free agency has made him a popular target for Boston fans over the last few months, and rightfully so. Smart’s extension does impact the possible routes Stevens could use to pursue Beal, but not as much as one might think. Signing Beal outright into a max slot would not be as simple as it sounds, and quite frankly, that possibility was lower down the list of potential outcomes. In that scenario, Boston would have to move a big chunk of additional salary off of its current roster. Regardless, that formula essentially is gone with Smart’s extension now on the books. A sign-and-trade or normal trade for Beal would make more sense for the Celtics, both before and after the Smart extension. Clearing cap space to sign Beal as a free agent would not have been an ideal move for the front office in comparison to a sign-and-trade.

Speaking of trades, Smart’s new deal does make him tradable down the road. No, Boston isn’t going to turn around and trade him tomorrow (they are not allowed to until mid-January), however, a signed-Smart is a more valuable trade asset than an expiring-Smart. From Boston’s point of view, sending out the long-time Celtic point guard on an expiring deal would bring back minimal value compared to a long-term contract. If a potential Beal trade presents itself, Smart and his new contract could turn into a valuable asset to increase Washington’s interest. Boston certainly would need to add more to that package — young players, draft picks, etc. — but Smart undeniably has value on the trade market with this new contract.

For the time being, Smart likely will step in as the Celtics’ starting point guard, a detail that was also noted in Charania’s report. Stevens has coached Smart for the entirety of his career in Boston, so it makes sense that he wanted to lock up his future in green. Smart is a key locker room figure, fan-favorite and defensive stalwart, not to mention a great player to have alongside franchise cornerstones, Jayson Tatum and Jaylen Brown. Yes, this extension removes some of Boston’s financial flexibility, but the future possibilities remain abundant moving toward next offseason. With this season in mind, however, Celtics fans should be excited about Smart as the starting point guard in Ime Udoka’s defensive-centric system. It’s a match made in heaven.