What You Need To Know As The 2021 Season Kicks Off 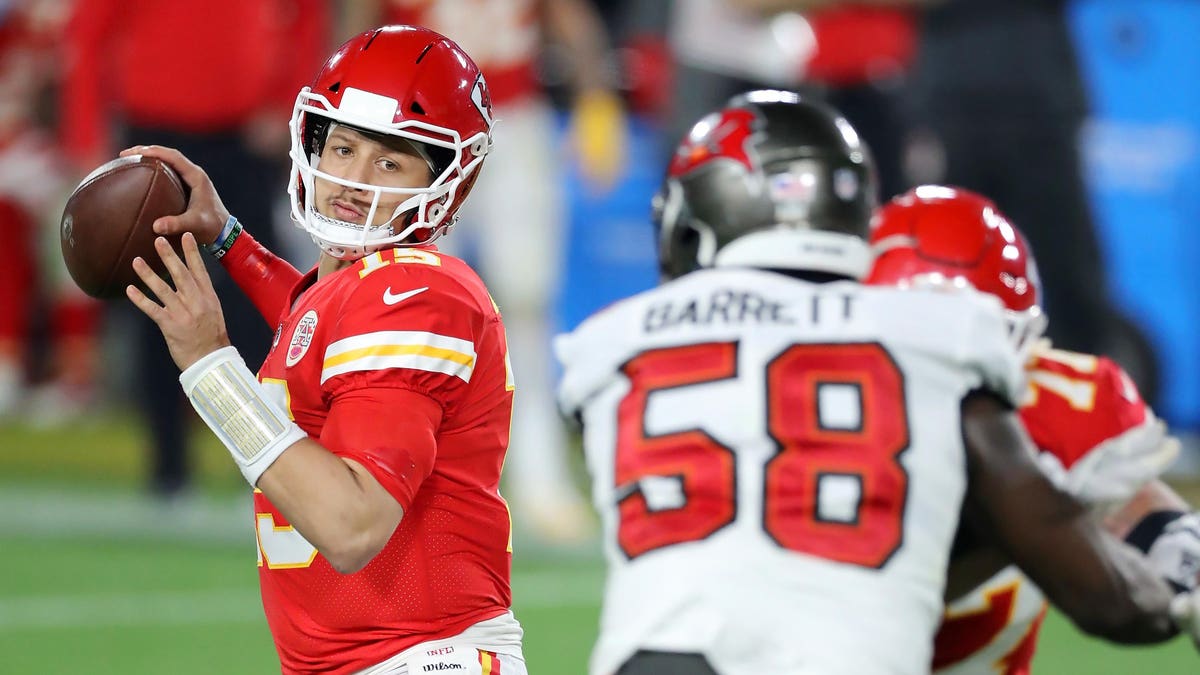 The NFL season kicks off tomorrow with the Buccaneers hosting the Cowboys. For the moment, all 32 teams want to believe they can match Tampa Bay’s success last season, even if they know disaster could be lurking right around the corner. They should at least have their fans cheering them on in person—with these stadiums requiring proof of vaccination from attendees—and they could receive more attention than ever as legalized sports gambling spreads through the U.S. (Check out our guide to the bets to watch for each team.)

Here’s what you need to know to get ready for the league’s first 17-game season.

With the AFC East in transition, the Bills once again look like the class of the division, and perhaps a real threat to make their first Super Bowl appearance since the 1993 season.

The Dolphins’ quarterback may be at a crossroads in just his second year. (The franchise has already turned one corner, though, with its profitability.) The Jets, after cutting bait on Sam Darnold, are relying on rookie Zach Wilson, who had an up-and-down training camp and lost a weapon at tight end. The defense is also unsettled, with Shaq Lawson coming in but pass-rushers Carl Lawson and Vinny Curry lost for the season.

The Patriots, too, are handing the keys to a rookie quarterback, with high hopes for a revamped tight end group and a rushing attack that, behind Damien Harris, should be one of the league’s best. Also look for contributions from a towering offensive tackle in his second stint with the team and a kicker who makes it 18 straight years with an undrafted rookie on New England’s initial 53-man roster.

The Browns have come a long way in a short time, with a rebuilt defense pairing Jadeveon Clowney with Myles Garrett, healthy again after being hampered by Covid-19 last year. Nick Chubb, the ultimate team player, will lead the offense after signing a contract extension that makes a lot of sense for both sides.

The Steelers, whose brutal schedule means the Ben Roethlisberger era could come to an end January 9, created uncertainty on the offensive line but used the savings to add a major piece on defense. The Bengals’ coach may already be on the hot seat. The Ravens, with a reinforced offensive line, want to revamp their offense as they also shake up their marketing operation with a data partnership.

The Texans might have the NFL’s least talented roster, and while the Jaguars have an exciting prospect in Trevor Lawrence, the AFC South ought to come down to the Colts and the Titans. With more aggressive play-calling, Ryan Tannehill could propel Tennessee. Indianapolis took some big gambles this off-season but could get a breakout year from its lead running back.

The Raiders have a renovated defense to go with a potent offense, and the Broncos will see if a stopgap quarterback can save their coach’s job.

The Chargers think Justin Herbert can build on a stellar rookie season in a more explosive offense that also features Austin Ekeler, a fantasy football darling as both a player and an analyst. Brandon Staley, the 38-year-old defensive whiz now serving as Los Angeles’ head coach, has an X-factor in Derwin James Jr., who has been sidetracked by injuries since his All-Pro 2018 season.

The Chiefs have laughed off Patrick Mahomes’ comment about going 20-0 but believe they’ve learned from their Super Bowl loss and won’t let it happen again. Jarran Reed and Alex Okafor should elevate the pass-rush. The offense has a promising rookie at tight end, a deeper line featuring a bargain at guard, and a new emphasis on the running game, bolstered by the acquisition of Jerick McKinnon. Of course, the star is Mahomes, who has been working hard off the field with a new shoe, a new ad campaign and a new investment in wearable devices. Kansas City will face an early challenge, with games against both of its most recent AFC playoff opponents in the season’s first five weeks.

The Cowboys—the NFL’s most valuable team at $6.5 billion, up 14% on the league’s lucrative new media deals—are getting back Dak Prescott, now a restaurateur and football’s highest-paid player. On defense, Randy Gregory is facing a make-or-break season.

The Eagles have made a historic hire in their front office and have gone through an analytics revolution. The Washington Football Team put a Band-Aid on its quarterback situation while starting a youth movement. (It also made Brandon Scherff the league’s highest-paid guard by hitting him with the franchise tag again.)

After a free-agency spending spree, the Giants had three off-season acquisitions retire during camp but are happy to welcome back Saquon Barkley and see if Daniel Jones can take a leap forward for an offense that must show improvement. Eli Manning will be lending a hand in the front office, and the franchise will be diving into cryptocurrency.

The Lions will start Jared Goff after an off-season trade, and the Bears are killing time until a quarterback switch of their own, to Justin Fields, after trading up to draft him. They are also exploring a possible move to the suburbs.

The Packers are looking for a last hurrah with Aaron Rodgers after a drama-filled off-season that left at least one NFL executive questioning his commitment. He’ll have help, though, from a talented roster that features a breakout cornerback, an All-Pro lineman on the mend and stars like Davante Adams and Za’Darius Smith.

After an off-season makeover to address 2020’s miserable showing on defense, the Vikings expect a bounce-back, with Danielle Hunter and Everson Griffen returning to a line that will play a pivotal role. Depth is still an issue, particularly at receiver, and the offensive line remains a concern, but with weapons like Dalvin Cook and Irv Smith Jr., Kirk Cousins and Mike Zimmer have no excuses in 2021.

The Buccaneers have a ready-to-repeat roster but still have room for improvement on offense. The rest of the NFC South is on shakier ground. The Panthers are trying to turn around Sam Darnold’s career, the Falcons are searching for a spark while sticking with Matt Ryan, and the Saints are transitioning from Drew Brees, who is staying busy in retirement.

The Rams got their man in Matthew Stafford, who now faces immense pressure. A trade for Sony Michel should help a low-budget backfield that lost Cam Akers to a season-ending injury, with left tackle Andrew Whitworth still paving the way in his 16th NFL season.

The 49ers, who will anoint Trey Lance at quarterback sooner or later, are having their depth strained before the season’s start but have talent, including George Kittle, who made the fraternity of tight ends a bit more official this off-season. Some might question the logic of spending lavishly on an inside linebacker, but Fred Warner’s new contract gives San Francisco flexibility, and he is arguably the most important player on the defense.

The Seahawks want to expand their offense in more creative ways, and the Cardinals hope to see progress from Kyler Murray, a new member of the gaming organization FaZe Clan.