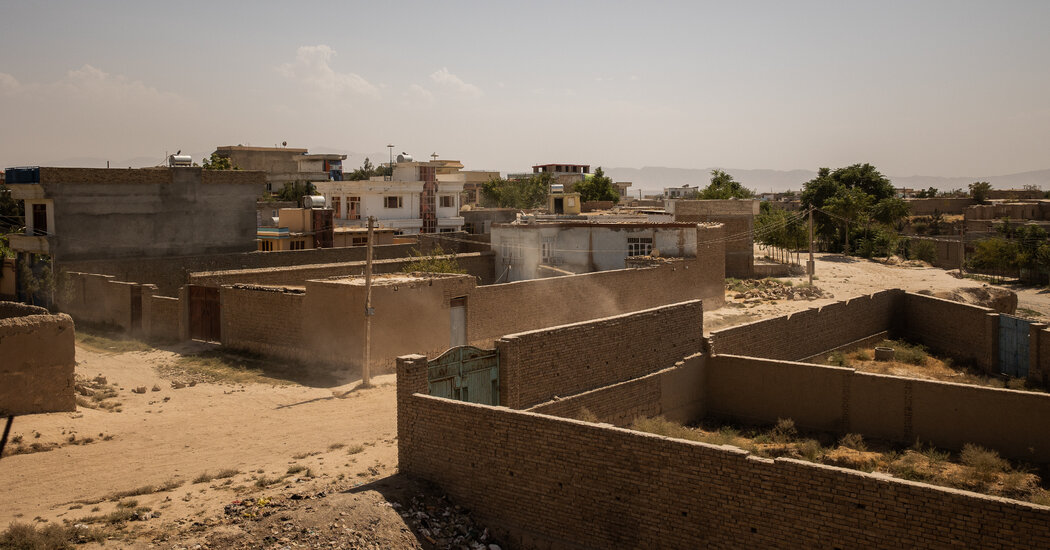 What does it look like when a city falls in Afghanistan?

The rapid seizure of provincial capitals across Afghanistan by the Taliban in the last three days has raised the specter of more setbacks for the Afghan government as it struggles to cling to cities in the west and south and carry out counterattacks to retake what was lost.

As Afghans brace themselves for what might come next — an attack on Kabul, the country’s capital, or more provincial hubs under siege — those stuck in the cities that fell in the last three days, among them Kunduz, Sheberghan, Sar-i-Pul, Zaranj and Taliqan, are contending with a new and brutal reality.

Those within Kunduz city, with a population of 374,000, and taken over twice by the insurgent group in 2015 and 2016, have entered a sort of purgatory. In the immediate future, they are contending with Taliban fighters on street corners, and the return of their hard-line Islamic rule.

Then there is the threat of errant shelling or airstrikes.

Given the strategic importance of the city, in the coming days, the government will almost certainly counterattack. The fighting is likely to be ferocious, and it will be taking place on the doorsteps of those residents still in the city. Innocent people will undoubtedly die in the crossfire; thousands of Afghans have already been wounded and killed since May, when the Taliban began their swift offensive.

In Kunduz on Sunday, shops were closed. Some had been set aflame. And public utilities such as electricity, cellphone service and running water were anything but certain. When the Taliban seize territory, they often destroy or disable cell towers to prevent government forces from communicating.

In some districts captured by the Taliban in recent months, the insurgents made an effort to keep civil servants employed and public utilities operational to maintain some form of continuity, however fierce their opposition to the Afghan government.

But in Kunduz city, what comes next is unclear. But any time a military force seizes territory, civilians ultimately pay the price.

Sayed Najib Hashimi, 41, a shopkeeper, said Sunday that there was no electricity in the city and that the insurgents had begun cutting holes in walls so they could move between homes without being seen from the air. Many residents, he said, had fled to Kabul, or were trying.

“When the Taliban entered the city, the Taliban treated the people well during the fighting,” Mr. Hashimi said. “But after the fall of the city, one of them slapped a young man face because he was smoking.”