Who Is Kathy Hochul, The Lieutenant Gov. First In Line To Succeed Andrew Cuomo? 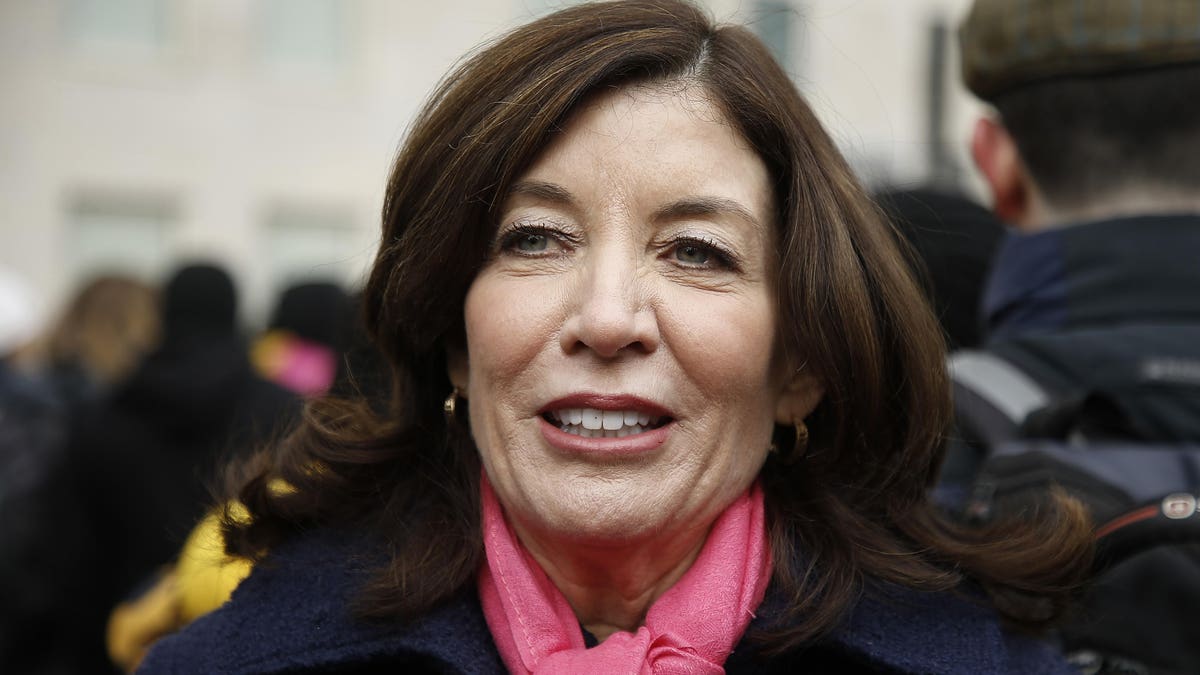 With New York Gov. Andrew Cuomo (D) beleaguered by allegations of sexual harassment and facing mounting calls for resignation following the release of a bombshell report by the New York State Attorney General’s Office, Lt. Gov. Kathy Hochul has once again taken a rare turn in the national spotlight as the first in line to succeed the embattled governor if he were to resign or be removed from office.

Hochul, a New York native and a long-time public official, would take over as the state’s 57th chief executive—the first woman to serve in that role—for the remaining year of Cuomo’s term if he were to leave office, as dictated by the New York State Constitution.

The 62-year-old has served as Cuomo’s second-in-command since 2015, during which time she’s chaired New York’s 10 Regional Economic Development Councils—a Cuomo initiative that’s funneled over $6.9 billion into more than 8,300 projects across the state over the past decade, supporting over 240,000 jobs—and the state’s Task Force on Heroin and Opioid Abuse.

Hochul’s duties once the pandemic hit New York included acting as a local liaison across the state, meeting with officials in 62 counties and conducting local media interviews.

Cuomo named Hochul as his choice for lieutenant governor while running for his second term in 2014, two years after she lost her bid for reelection to Congress, a seat she held for one term after becoming the first Democrat in 40 years to win the Republican-leaning 26th congressional district, but then lost following a redistricting.

Hochul, who had experience in local politics in Erie County, ran for Congress as a moderate “independent” Democrat and earned an endorsement from the National Rifle Association—making her a valuable asset to Cuomo in New York’s Republican-leaning counties.

The lieutenant governor’s office did not respond to a request for comment.

Allies of the lieutenant governor have labeled her capable of leading the state. “Kathy is absolutely ready,” Erie County Democratic Party Chairman Jeremy Zellner told the New York Post in February as calls for Cuomo’s resignation first picked up steam. “She’s been a bulldog from day one. She knows what needs to get done for the people of New York.”

Hochul once again took center stage after the New York State Attorney General Letitia James announced Tuesday her office had concluded a five-month investigation into sexual harassment allegations against Gov. Cuomo. The investigation, whose findings were summarized in a 165-page report, found Cuomo sexually harassed 11 different women, including current and former employees, and retaliated against at least one of the women who made her claims public. Cuomo harassed these women by “engaging in unwelcome and non-consensual touching and making numerous comments of a suggestive and sexual nature that created a hostile work environment for women,” James, a Democrat, announced at a Tuesday morning press conference. One of the investigators also said his team found some women “suffered through unwanted touching and grabbing of their most intimate body parts.” The New York attorney general said Cuomo’s actions were in violation of state federal law, and two of the state’s district attorney’s offices—Albany and Westchester—have already moved to launch inquiries into whether Cuomo’s conduct was criminal. However, Cuomo has continued to deny the more serious allegations against him, saying he “never touched anyone inappropriately or made inappropriate sexual advances.”

Hochul, who called for an independent review when claims were first surfaced earlier this year, condemned Cuomo in a statement released Tuesday, but did not go as far as calling for him to resign, citing her position as Cuomo’s potential successor. “The Attorney General’s investigation has documented repulsive and unlawful behavior by the Governor towards multiple women,” she said. “No one is above the law. Under the New York Constitution, the Assembly will now determine the next steps.”

Unless Cuomo relents and steps down voluntarily, it will be up to state lawmakers to force his removal by bringing impeachment charges against him. The New York State Assembly, which is the chamber that has the power to bring impeachment charges against the governor, has been investigating Cuomo for months to decide whether it should launch proceedings. On Tuesday, Speaker Carl Heastie, a Democrat, said Cuomo can “no longer remain in office” and that the legislature will expedite its impeachment investigation. But that will only be the start of the process.

Cuomo has “lost the confidence of the assembly Democratic majority,” Heastie said. “Once we receive all relevant documents and evidence from the Attorney General, we will move expeditiously and look to conclude our impeachment investigation as quickly as possible.”

“Cuomo Is Losing Allies Quickly, But Shows No Sign Of Resigning—Here’s What Could Happen Next” (Forbes)