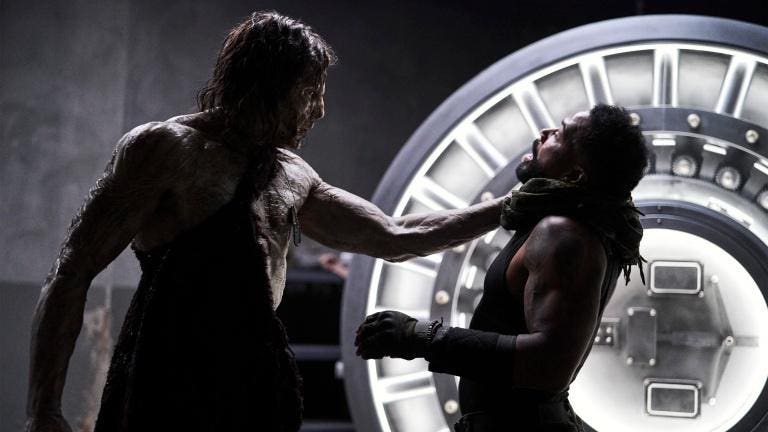 Army of the Dead released in theaters last week and on Netflix this weekend. I watched the movie last night and will have a review up shortly.

One of the questions I had after watching the film was who played the Zombie King, Zeus, the central undead antagonist and ruler of the zombie horde and a surprisingly intelligent giant of a zombie.

In Zack Snyder’s Army of the Dead, Las Vegas has been overrun by zombies and walled off with a great wall built of shipping containers. A wall holding back a zombie horde sounds a bit like Game of Thrones, though shipping containers are a bit less impressive than a massive wall of magically fortified ice.

The Game Of Thrones similarities don’t stop there. In seasons 6 through 8 of the HBO fantasy drama, the zombie king—or Night King—is played by Slovakian stuntman Vladmir Furdik.

A stuntman and fighting coordinator also plays Zeus in Army of the Dead, which makes sense given the physicality of the role. While Zeus is more emotional than your average zombie, his primary traits are: Huge, violent, rage-filled and scary. For this, Snyder cast Richard Cetrone.

Cetrone has worked with Snyder before. He’s the stunt double for Ben Affleck’s Batman in Justice League and Batman Vs. Superman, but he’s done stunt work on countless films and TV shows ranging from Westworld to The Mandalorian to Captain America Civil War and Solo: A Star Wars Story.

In fact, his work with Snyder dates back much further to both 300 in 2006 and Dawn of the Dead in 2004, with a career spanning further back into the 90s with movies like Blade and Fight Club.

So that’s the man behind the iron mask and the zombie makeup. Of course, one must question whether or not he’s the true villain of Snyder’s latest film, or just another character doing his best to survive the hand he was dealt. Not that asking deep questions about Army of the Dead is really something you need to bother with—it’s more mindless entertainment than deep dive into the human condition. No surprise there.