Who Wants To Be A Motivational Speaker? 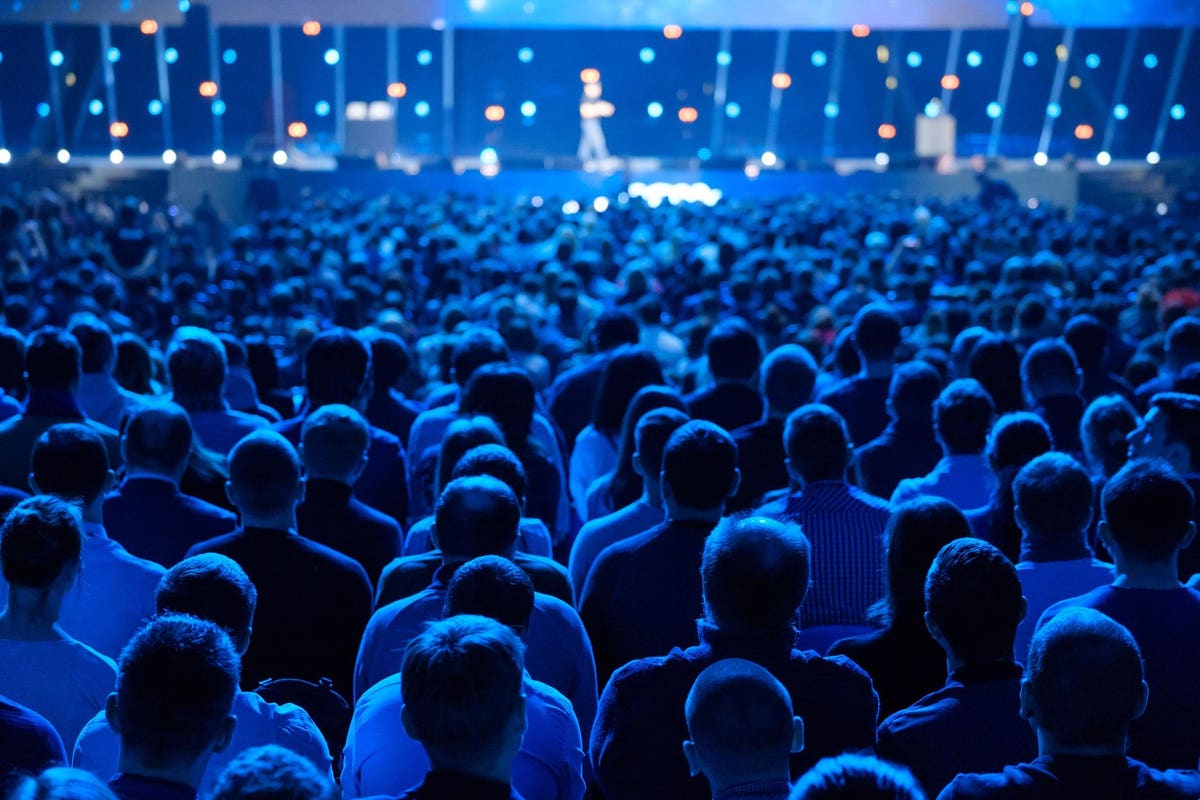 Two years I wrote about the topic of becoming a motivational speaker. A number of executives had told me they were looking to the future and thought that “life after the C-suite” could mean making a living as a paid/professional speaker. As the COVID-19 pandemic wreaked havoc on business and life, I’ve been asked more than ever before what it takes to get into this field. With that in mind, I’m revisiting the topic.

Trading in the corporate world of being responsible for potentially tens of thousands of employees and having to report shareholders in exchange for a life of independence in the speaking profession might seem appealing. You’re traveling to major convention cities, staying in luxury suites and stepping on a stage to share wisdom with an audience of thousands. Sounds glamorous, doesn’t it?

As a customer service expert and speaker, I’ve been hired as a keynote speaker and have experienced some of that great life, but that’s actually a small percentage of the time. Sure, many of those conferences are held in great cities and the hotels are luxurious. The audiences have been as small as a half-dozen and as large as 20,000. But it ain’t all glamour.

Before you get to those events, be prepared for a lot of hard work. The speech is the end product, but not the process. That product looks “sexy,” but the reality is that it is a tiny part of the entire experience.

First, as a leader in the C-suite, you put years—probably decades—into a career to get you set up to just be considered as a speaker at a major conference or industry event. Maybe, unsolicited, you got asked to speak a few times. You heard about the big fees speakers were getting. How about $25,000 for that one-hour presentation? What about $50,000—or even $75,000? You deserve it, right? After all, you spent years proving you can build a company, lead an organization and make a lot of money for shareholders. Doesn’t that qualify you for the high fee? Maybe it does. Or maybe it doesn’t.

Not only must you come with the “cred,” but you must also have the ability. The credibility of past experiences gets you in the door. Your ability on stage is what gets you invited back. It’s what helps your reputation and gets you known as the speaker you want to be. It’s also what maintains your fee, if not helps to drive it up.

So, let me share with you an idea I learned from the late, great king of late-night entertainment, Johnny Carson. He said he was in show business, and stressed that the term is actually two words. Show and business. The show is what you saw him perform almost every night on NBC for 30 years. He would come out and tell jokes and interview guests.

The second word, business, was about securing sponsors and making sure revenue was coming in as a result of the show. If NBC wasn’t making money on the show, Carson’s future was in question. He was known for helping sell the sponsors. I remember him saying in an interview that what he did before lunch was all business. After lunch was all about the show.

The reason I bring this up is because it’s the same with the speaking business. That’s two words as well, and one is about the speech and the other is about getting the speech.

So how does an executive move from wanting to get into the speaking business to actually doing it? Let’s address the first word, “speaking.” We can assume that you’re a pretty good speaker to start with. As an executive, you should already have good communication skills. You’ve probably delivered plenty of speeches to your employees and shareholders. If you need help crafting a speech, I’ll share a resource in a moment.

Now, we address the second word, “business.” It’s time to do your speaking for a paying audience. By the way, that might be considered an audience of one—the person who chose to engage you for his or her event. The rest of the audience didn’t pay. They may even be paid to be there as employees of a company. Regardless, you must make both audiences love you.

Ultimately, I’m trying to tell you there is more work involved than just doing a good speech. So, here are some resources that will help fast-track your way into the speaking business:

·        National Speakers Association: This is the association for the professional speaking industry. Attending its events gives you access to other speakers, workshops on different aspects of the business and much more. If you are going to be (or already are) a professional speaker, joining NSA is not an option. Do it.

·        3 Ring Circus: If you want to fast-track your way into the business, you need to cut your learning curve dramatically. You must understand how to get clients, what tools you need to position yourself as an expert (a website, video, etc.), how to work with agents and speaker bureaus, and if interested, how to write a book. The 3 Ring Circus is a bootcamp for people at all levels of the speaking business.

·        Patricia Fripp: If you want to be a better speaker, you need a speech coach, and Fripp is the one to call. She’s been my speech coach for years and understands the crafting and delivery of a speech probably better than anyone on the planet. She’s worked with high-level, full-time professional speakers as well as high-level executives.

So, are you willing to put in the work? Sure, you have the knowledge others want to know and understand but are you adept at presenting it in a way that will get the audience to say, “I want more of that!”? It’s not easy. And getting the speech is not easy, either. Very quickly you’ll find that the greater part of the job isn’t doing the speech, it’s getting the speech. So you have to be good at both!