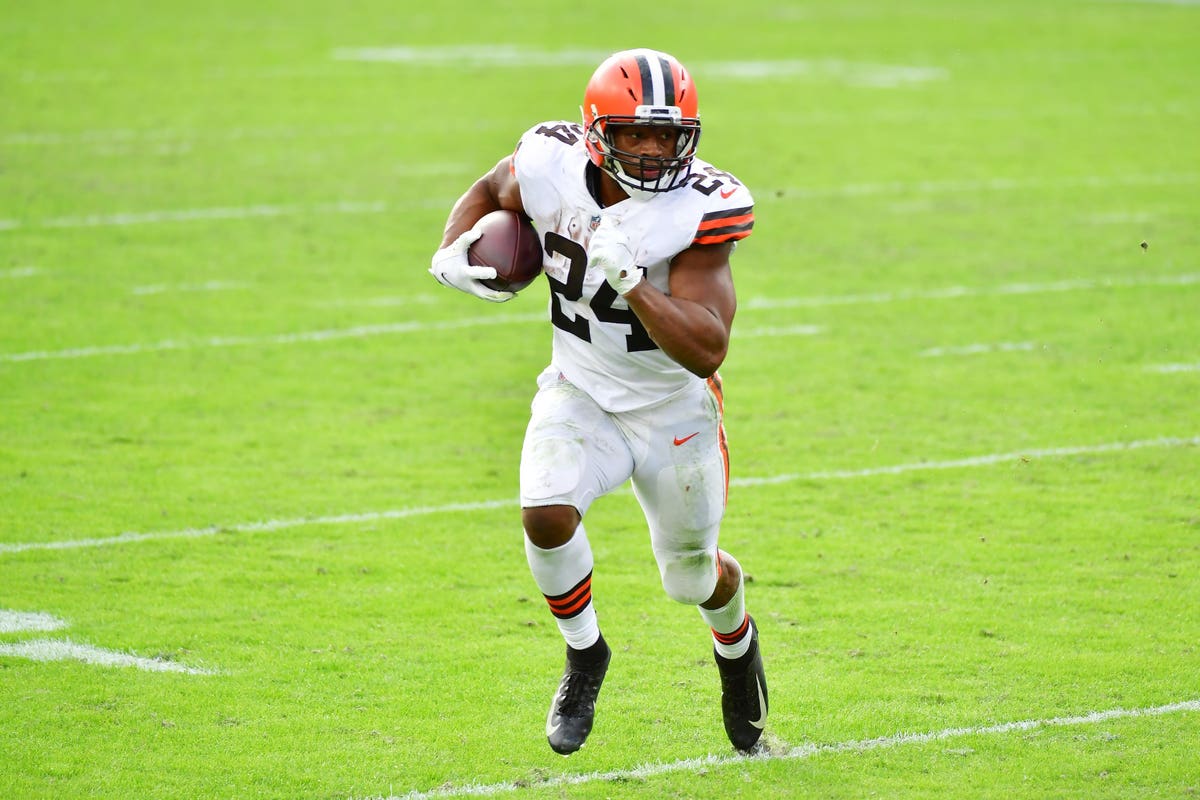 According to the man himself, Nick Chubb wanted to be in Cleveland long-term.

“I am relieved it is behind us now,” Chubb said on Monday after signing a contract extension with the Browns. “Just coming out here ready to practice. I know all of that has been handled. It is taken care of. I am very happy where I am. I get to come out here and focus on getting better every day.”

Chubb’s deal makes sense for both him and the team. The three-year extension includes $20 million guaranteed and could be worth as much as $36.6 million. For Chubb, it means he gets guaranteed money now (albeit below the top level of the market) and still, in theory, allows him to get another extension or hit free agency before he turns 30. For the team, it locks in one of their most important players for the next few years and it didn’t take breaking the bank to do it.

When stacked up against other deals, Chubb’s deal is more than fair. It’s overall less guaranteed money than Derrick Henry received from the Titans and what Dalvin Cook got from the Vikings, per salary cap tracking site Over The Cap, and significantly less than what Christian McCaffrey received from the Panthers and what Alvin Kamara got from the Saints. (To be fair, McCaffery and Kamara are in their own class of players as receiving threats and arguably worth more as a result.)

All that said, Chubb is inarguably vital to the Browns’ offense. Last season, he averaged more than 10 yards per carry in the fourth quarter and 5.6 yards per carry overall. All of this came with him facing the most eight-men boxes in the NFL. Under Kevin Stefanski, Chubb is used not only as a hammer, but also as a decoy when they want to unlock a big attack in play action. Take him away and it’s an entirely different offense and probably nowhere near as dangerous.

Chubb’s value could end up mattering for a few different position groups. In the running back room, it could mean Kareem Hunt (signed through the 2022 season) can be retained so Cleveland can keep its one-two punch together. It also means that, when extensions are negotiated for Baker Mayfield, Denzel Ward and Wyatt Teller, there’s just a little bit more wiggle room to work with. That matters, even as the salary cap rises and a revenue boom is on the horizon with the next TV deal.

According to Stefanski, signing Chubb to a deal also can show that Browns players can be rewarded for their performance.

“I think so,” Stefanski said on Monday. “I think so much of this the guys know. It is a business so you can’t keep everybody. As I have always said, I want to keep everybody. Certainly in moments like this when you reward a guy like Nick, I think it probably does send a good message.”