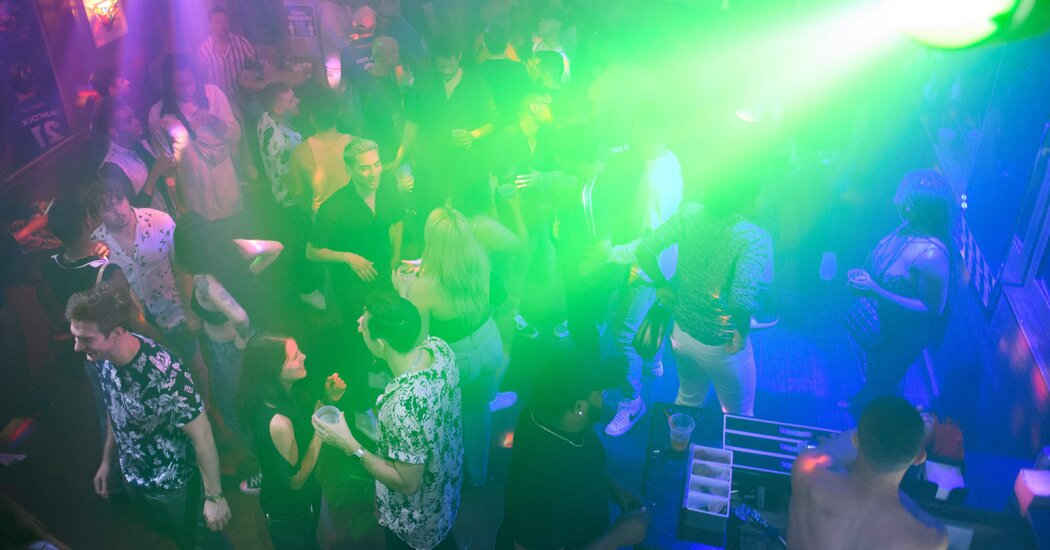 On Sunday morning in Beverly Hills, hospitality workers were faced with the challenge of reinforcing the masking mandate as people streamed into cafes, patisseries and brunch spots — some compliant, but others oblivious or even resistant.

“We’re prepared; we have extra masks,” said Emmi Perez, 19, a barista at Starbucks. But a lot of people, she added, had refused to put them on, claiming they were either vaccinated or simply did not want to wear one. “We did get in a couple of arguments already,” she said.

At Chaumont, a vegan bakery, a line of largely masked people snaked across the tiny storefront. One woman, Melissa Fry, unmasked and wearing a sundress, said she felt frustrated by the new rules. “I had Covid so I don’t feel that I need the vaccine,” she said, but she added she would not have gotten vaccinated anyway.

Her friend Sarah Robarts, who was wearing a mask, disagreed. “If it’s for the betterment of the whole, we’ve got to do it, and I’ll roll with it, as inconvenient as it is to me personally,” she said.

At the InterContinental Los Angeles Downtown Hotel, the 70th-floor lobby had been jammed on Saturday evening with about 100 revelers, about half of them unmasked. By Sunday mid-morning, about a dozen guests milled around the lobby, all masked save for one lone tourist at a window taking a selfie.

Near the check-in desk, the concierge was handing out face coverings to “comply with the mandate.” In the elevator, three unmasked men vacationing from Tunisia who said they had been vaccinated instantly produced blue surgical masks and slipped them on when informed the mandate had taken effect. “Better safe than sorry,” said a guest in a mask and workout gear who identified himself as a KAL pilot.

5 Lessons UEFA Should Learn From Euro 2020